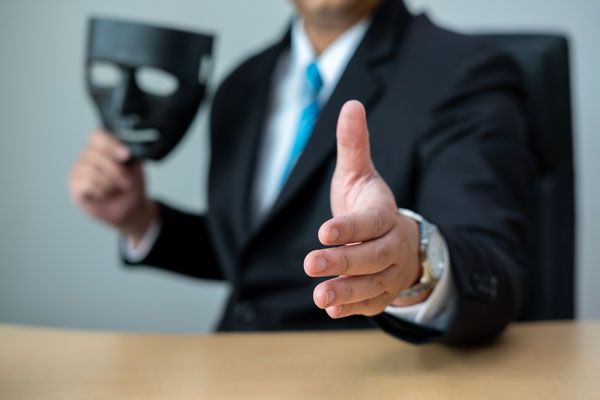 What does it mean to be a hypocrite? Linguistically, hypocrisy can refer to many things, including the intentional external deception that contradicts the internal or private state of belief. From the Islamic perspective, hypocrisy is of two types, both of which are dangerous and require a closer look in order to protect us and our societies from harm in this life and the next. The two types of hypocrisy are the hypocrisy of beliefs and the hypocrisy of actions.

The hypocrisy of actions (nifaq ‘amali) refers to actions tainted with characteristics of hypocrisy, but actions which, if committed by a believer, do not necessarily expel them from Islam. These actions can be considered major sins (kabaa’ir) and they are generally reflective of a spiritual or character defect that needs to be remedied before it leads to greater harm. Examples of hypocrisy in action are referenced in several well-known prophetic narrations, such as, “Among the signs of a hypocrite are three, even if he fasts and prays and claims to be a Muslim: when he speaks, he lies, when he gives a promise, he breaks it, and when he is trusted, he betrays” (Bukhari). In a similar report, a fourth trait is mentioned, “and when he [the hypocrite] argues, he transgresses” (Bukhari).

These four characteristics are four amongst a dozen, and they require us to reflect on our internal and external states to ensure that we are not falling into these sins. When you speak, speak only the truth and surround yourself with the people of truth. When you make promises, fulfill every promise and consider every commitment to be solemn and sacred. When promises are made by believers, and they say, “I will… insha’Allah (God willing),” sometimes they consciously intend to keep that promise but casually breach that commitment as if having stated “insha’Allah” relieves them of that duty; or they do not truly intend to act upon that commitment or promise. When you are trusted, never betray that trust. It takes years to build trust and one moment to destroy it, whether in a close long-term relationship or with casual friends, community members, or strangers. Prophet Muhammad (s) was known as the “the Truthful, the Trustworthy” (as-Sadiq al-Amin), even before he received revelation. This epithet is reflective of the true traits of purity and goodness that Muhammad was known to possess. Finally, regarding the fourth trait, the believer does not cross lines when an argument ensues. The hypocrite transgresses and becomes hostile or even nasty. Violations of adaab (etiquette) are committed. The believer, in contrast, is respectful, gracious, and kind even when disagreements arise.

The second type of hypocrisy, and the more serious one, is the hypocrisy of beliefs (nifaaq i’tiqaadi), and it is referenced in the Qur’an on at least a dozen occasions, and generally it refers to the hypocrites (munāfiqūn) during the time of the Prophet, those who disbelieved in Islam but externally presented themselves as Muslims for various reasons. Allah promises these types of hypocrites the worst punishment in the Fire: “Verily the hypocrites are in the lowest depths of the Fire” (Qur’an 4:145). They are described as thinking they can deceive Allah, but rather it is only themselves who are deceived. “Surely the hypocrites seek to deceive Allah, but He outwits them” (Qur’an 4:142).

Oftentimes, the hypocrites would seek to fake their embrace of Islam in order to divide the community from within, or to cause trials and tribulations (fitan), such as by faking their conversion to Islam and then shortly thereafter announcing their conversion back to paganism. Others feigned their Islam in order to benefit from a Muslim identity and status in the society in Madinah, and yet others did so in order to hide their true beliefs as long as possible until the time for an attack was considered suitable. These hypocrites were usually from the “elite” class of Quraysh, and they had political power, tremendous wealth, and strong social standing.

In one verse of the Qur’an, Allah exposes eight characteristics of these hypocrites in a surah titled Al-Munafiqun (The Hypocrites), which comes with many lessons for the early Muslim community and Muslims until the end of times. For example, the first two traits in the verse are referenced as follows: “When you see them, their outward appearance impresses you. And when they speak, you listen to their speech” (63:4).

‘Abdullah bin ‘Abbas has stated that ‘Abdullah bin Ubayy (a known hypocrite) was a strongly built, handsome, and eloquent person, and the same was the case with most of Ubayy’s companions. Furthermore, these “nobles” of Madinah were privileged to be educated, so they were articulate, and their mastery of eloquent rhetoric was known. It was not unusual then, nor is it unusual today, that a person of evil might simultaneously be attractive, well-educated, wealthy, influential, or captivating in their speech. These characteristics do not necessarily reflect truth or falsehood, and therefore they should not be measuring sticks of truth. The wise individual does not incline to someone simply because their speech is eloquent or because he or she is physically attractive; rather, the wise individual knows that truthfulness and goodness correlate to a healthy and pure mind and heart, not to any outward attributes.

In the age of influencers and social media, one notices an obvious trend in the individuals who often have large followings: they do not necessarily have anything true to say, anything valuable to offer, or anything moral to share. Having influence is not a measure of truthfulness or goodness, it’s simply a tool like any other; some will utilize it to facilitate their hypocrisy or immorality, and others will use it for truth and goodness. Today, many politicians notoriously use their influence with carefully crafted PR campaigns, slogans, and social media posts in order to sway the masses to their ideological campaigns and/or policy positions. Some may completely deceive their followers with their promises and claims and portray themselves as the champions of whatever values their target audience holds, while others, including among Muslim politicians, pander to every demographic from whom they seek support, such as by quoting something relevant to them (perhaps a verse of the Quran or hadith), while completely disregarding that group in their actual policies once they’re voted into a particular office.

Believers should reflect on what they value. Valuing influencers or famous people because of their celebrity, beauty, or eloquent speech isn’t equal to valuing people because of something true or beneficial they have to offer. It might be the case that some people who are speaking the truth are also eloquent, beautiful, or influential, but the point is that it isn’t necessarily the case. Furthermore, the traits that are visibly public – like those mentioned above – are only good in believers if the intention and use of these blessings are sincere and pure. Many people put on a face of morality in public but abuse their family members behind closed doors. Others put on the face of generosity in public but seek only worldly status or praise through their generous donations. Yet others might present themselves as knowledgeable, reciting the Qur’an, but their intentions are not sincere, for the sake of Allah. On that note, one of the most profound warnings about avoiding ego-driven actions is the following hadith:

The believer does not assume that setting sincere intentions and acting upon that basis is a one-time task, but rather an ongoing act of worship, a jihad (striving against one’s lower desires), and a facet of the test of this world. Furthermore, the believer – unlike the hypocrite – recognizes that the praise of people and the material gains of this world are worthless reasons to do good deeds, as all human praise and material gains will be insignificant on the Day of Judgment. The Prophet (s) once said to the companions, “Verily, my greater fear for you is the lesser idolatry.” They said, “What is the lesser idolatry, O Messenger of Allah?” The Prophet said, “It is showing off. Allah, the Exalted, will say to them on the Day of Resurrection, when people are being recompensed for their deeds: go to those for whom you made a show in the world and look —do you find any reward with them?” (Musnad Ahmad).

Don’t do good for the sake of showing off to the community. Don’t present a righteous face while oppressing yourself or your loved ones behind closed doors. Do good sincerely for the sake of Allah because you recognize His right upon you, the purpose of life, and the eternal return on sincere deeds in the afterlife. Protect the rights of others, as well as yourself, by continuously reviewing and renewing your intentions and actions.

May Allah guide our hearts, protect us and our societies, and keep us steadfast upon sincerity. May Allah protect us from the people and actions of hypocrisy, so prevalent in the world today. 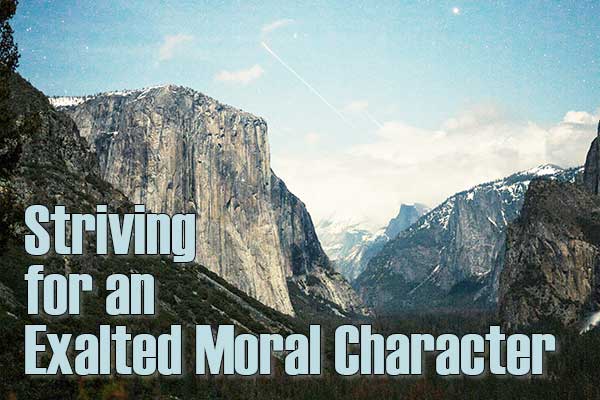 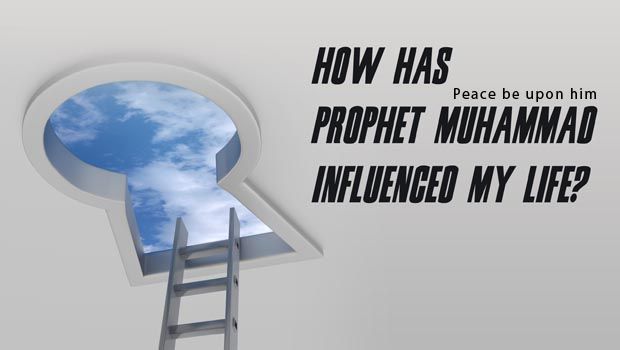