Can a Muslim live a pious or just life in a society where Muslims are a minority? Some Muslims wonder. Some non-Muslims (especially some agenda-driven pundits and Islamophobes) also raise a question: Can Muslims be loyal citizens in the West? These questions may not be burning issues or the reflections of widely held views, but these are certainly present in our contemporary debates and discourses, and therefore, they deserve adequate attention and answer. Since the “Fiqh al-Aqalliyyat” or “Fiqh for the Muslim Minorities” deals with these issues, we have decided to make this subject the “cover story” for the current issue of The Message.
It’s true that many medieval jurists viewed the world from a binary perspective—“Dar-ul-Islam” (Abode of Peace) and “Dar-ul-Harb” (Abode of War) and advised Muslims not to live in a non-Muslim land permanently. Their argument was that where Muslims are a minority, they live not only under non-Muslim political authority, but their environment also becomes surrounded by moral laxity and all sorts of transgressions. Therefore, Muslims have no choice, according to these jurists, but to migrate from a non-Muslim land to a Muslim land. Many scholars (both medieval and contemporary), however, contested and refuted this “fatwa” on the ground that in Islamic religious texts (i.e., the Quran and Sunnah), no clear divine prohibition on residence in non-Muslim land exists. As a matter of fact, sometimes the situation in the so-called “Muslim land” could be more hostile to the Islamic lifestyle than the “non-Muslim land.” The majority scholars thus view that if certain conditions are met, especially if the freedom to “manifest one’s religion” is present, residence anywhere is permissible.

Sheikh Taha Jaber Al-Alwani has rightly pointed out that “the classical and medieval jurists ignored the need for a systematic formulation of the status of Muslims as minorities”. Today, among the 1.57 billion Muslims worldwide, at least one third of them—if not more—live as minorities, and many of them reside in the west. Among these western Muslims, many are actually native born and, therefore, there is no such place for them that they can “return” to. The challenge these Western Muslims (and the Muslim minorities elsewhere) are confronting today is how to ensure their integration in these societies without the loss of their religious identity. The good news is that Fiqh of Muslim Minorities seeks to provide that answer (or solution).

Fiqh al-Aqalliyyat, to put it simply, deals with the daily problems that arise for millions of Muslim individuals living in the west or in similar minority situations. It tries to resolve conflicts with the culture and values of the host/native societies from within the framework of Islamic jurisprudence. According to Alwani, “It is not meant to give minorities’ privileges or concessions not available to Muslim majorities; on the contrary, it aims to project minorities as representative models or examples of Muslim society in the countries in which they live. It is the fiqh of model communities, elites, and a rigorous, rather than frivolous or concessionary, approach. Based on the rules and fundamentals of this fiqh, a number of parameters have been identified which may define our method in responding to questions from minority members” (Towards a Fiqh for Minorities: Some basic Reflections, IIIT: 2003, pp.3-4).
This, however, is not to suggest that the ruling in two different situations will always remain the same. Since the ‘fiqh for the minorities’ as a discipline takes into account the relationship between the religious ruling and the conditions of the community and the location where it exists, obviously, the fuqaha take into consideration a ‘sensitive’ appreciation of the social context. While answering a question, the jurists carefully examine the wider social context in which this question arises, as well as the social implications of implementing the fatwa. Furthermore, “the fatwas should be guided not by a literalist reading of the sources of law, but, instead, should be shaped by the broader aims of the shariah (maqasid al-shariah), Islam’s missionary imperative as well as by the recognition of the fact that the shariah ‘permits all that is clean and wholesome and forbids what is harmful,’ and hence is ‘aimed at making life easier and more convenient.” After all, ‘the fulfillment of religious obligations is concomitant upon human ability’.

At a time when the Muslim community (ummah) is passing through many challenges that require creative, sensitive, and sound answers, it’s a matter of great relief and hope that the Fiqh Al-Aqalliyyat is being applied to address some of those challenges. Fiqh of Minorities, therefore, could be considered not only as a legitimate and timely ijtihad for Muslims, but it’s indeed a window through which the rest of the world would be able to see the beauty of Islam as well. 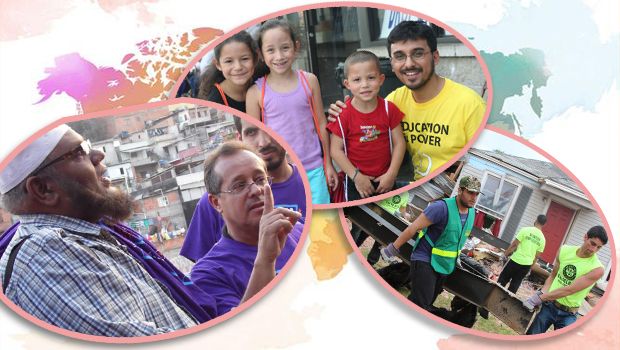