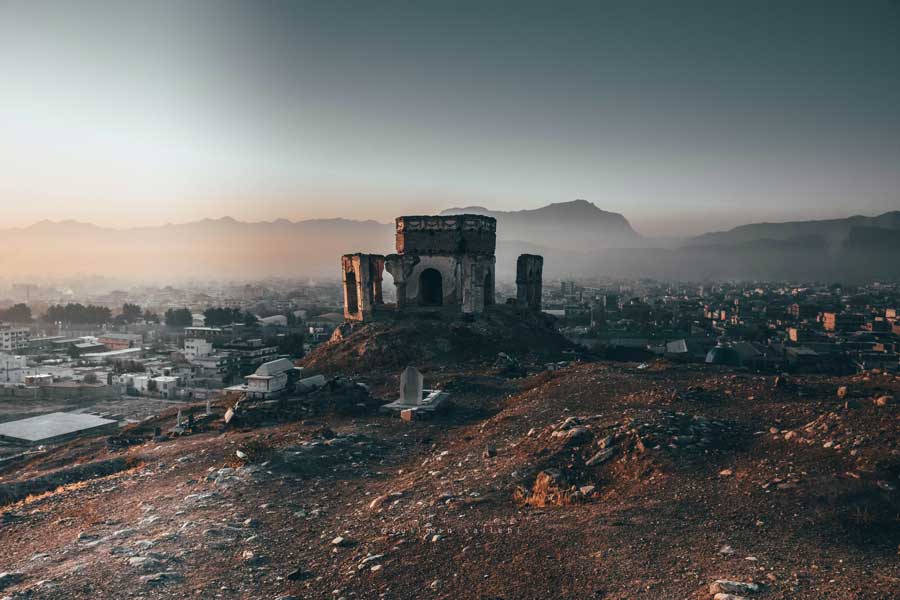 Your worldview is vast. It includes your beliefs about God, morality (i.e., good and evil), political systems, and other beliefs. All people have worldviews, with some admitting a lack of conviction in some elements of their beliefs, others suggesting their journey of truth is not yet complete, and yet others with complete yaqin (conviction) in all that they hold to be true.

Worldviews can conflict with one another in minor or major ways. In Islam, for instance, there is belief in the one God (Allah SWT) and that prophets and messengers were sent with God’s message; belief in life after death; a life of purpose and meaning; life in this world as a testing ground of one’s faith and actions; the pursuit of universal justice and societal peace; and a miraculous final revelation that guides humanity to good actions, and away from evil, amongst countless other matters of life. An example of a clear conflict between two worldviews is that of Islam and what is referred to as humanism.

Humanism is a term with many definitions. While humanism in different forms goes back to the time of Greek philosophers, since the nineteenth century, humanism has referred to a worldview that is non-theistic and non-religious, thus rejecting the existence of God and the truth-claims of organized religions. Humanism has been attached by some to a particular religion (e.g., “Christian humanism” or “Islamic humanism”), but “secular humanism” is the principle and dominant form. Within the past century, the two different uses of humanism, one religious and one secular, have complicated the discourse on what humanism actually means (Andrew Copson, What is Humanism). For the sake of clarity, “humanism” in this article refers to secular humanism.

Humanism, in philosophy, is a non-theistic worldview that “appeals to reason in contrast to revelation … as a means of finding out about the natural world and destiny of man, and also giving a grounding for morality” (Ted Honderich, The Oxford Companion to Philosophy). Humanists view reason and science as “invaluable tools” in the quest for knowledge and the attaining of progress. Humanism also holds that individuals “can achieve a system of morality through their own reasoning” rather than through their belief in God (John Andrews, The Economist Book of -isms). Today, humanist organizations define themselves as holding a “democratic and ethical life stance, which affirms that human beings have the right and responsibility to give meaning and shape to their own lives… It is not theistic, and it does not accept supernatural views of reality” (Copson, 6).

In other words, humanism excludes God (and any other supernatural entity or phenomenon) from the equation of life (with the exception, as mentioned above, among those who identify as deistic humanists), thus solidifying naturalism as a primary aspect of their worldview. Naturalism is the philosophical worldview that only natural elements and forces exist, that science can or will ultimately explain all phenomena, and that ideas about design or purpose as existing in nature are not relevant.

And so, secular humanists do not believe in anything beyond the natural world, emphasize empiricism and science as ultimate tools of discovery and assert that they prioritize rationalism and free inquiry in their journey of living and seeking knowledge, and their search for practical solutions to individual and social problems. In general, humanists believe in improving the state of the world, society, and individual selves, such as by eliminating injustice, poverty, and conflict. Humanists believe in the importance of humans taking action and making good decisions, although “good” itself is not always clearly defined.

Secular humanism, according to their Manifesto II, rejects the existence of God, asserting that “We find insufficient evidence for belief in the existence of a supernatural.” What secular humanism overlooks is that there are countless signs of God everywhere. The Qur’an points to this over and over again in countless verses, that there are signs in nature (e.g., 6:95-97), in history (e.g., 10:90-92), and in the existence and everyday life of human beings (e.g., 30:21).

The Islamic worldview takes into consideration the powerful tools of reasoning and science without excluding the Originator of all that is, and He SWT exhorts us to use our God-given capacities for empirical observation (e.g., 27:86), reason and deduction (e.g., 21:10), and contemplation (e.g., 3:191) and thus, arrive naturally at belief in His existence.

The famous philosopher Antony Flew, after years of being a notorious atheist, made it known in his elder years that he finally believed in God based on a number of considerations, what he variously called “three dimensions of nature that point to God” or “three domains of scientific enquiry.” He recognized signs pointing to God in the existence of natural laws, in the origins of the universe, and in the origins of life itself. In his book, There Is a God: How the World’s Most Notorious Atheist Changed His Mind, he writes, “The philosophical question that has not been answered in origin-of-life studies is this: How can a universe of mindless matter produce beings with intrinsic ends, self-replication capabilities, and ‘coded chemistry’? Here we are not dealing with biology, but an entirely different category of problem.” He came to consider the argument of Intelligent Design of the universe and life as compelling evidence of God.

Secular humanism Manifesto II states, “We affirm that moral values derive their source from human experience. Ethics is autonomous and situational needing no theological or ideological sanction. Ethics stems from human need and interest. To deny this distorts the whole basis of life.”

If humanity, however, is left to relativist and situational ethics and morality, as humanism insists, it is bound forever to be pitted, one individual against another or one group against another, in serious dispute and contention. Objective morality cannot be established by human beings alone. The mind is a powerful tool, but it cannot establish that which is objective, i.e., free of influence by personal feelings, interpretations, or bias. When it comes to discerning good from evil, there must be a criterion, one that is rooted in an external or transcendent source like the Qur’an. While people may generally agree on a surface-level about any particular moral claim, such as theft being immoral, there are dozens of obvious examples where subjectivity in reasoning leads humanism into several problems. The moral stances on intoxication, sexual mores, unconditional abortion, as just a few examples, will never be agreed upon by all people without an objective moral reference.

Allah SWT makes clear that without His guidance, human beings are lost and inclined to transgress bounds of prudence, decency, and justice: “Read! For you Lord is most generous, who taught by the pen, taught man that which he knew not. But, indeed, man surely transgresses, once he thinks himself self-sufficient” (96:3-7).

Muslims are clear that humanity needs God, that individuals are, indeed, not self-sufficient. Muslims, however, don’t claim to require God’s revelation in order to be good, but that good, or its antithesis, evil, cannot be comprehensively defined or established beyond surface-level generalizations (e.g., “don’t hurt others”). Islam teaches that it is a human being’s natural disposition (their “fitrah”) to be good. But their degree of goodness cannot be complete, cannot be stalwart, in a world filled with temptation and evil, without the structure of Divine revelation and its guidance on the definitions of good and evil and the purpose of life and its meaning.

Meaning and Purpose in Life

If there’s no objective (or Divine) purpose in life, no belief in God who holds accountable the creature with free will, and no meaning except what the individual establishes and pursues for his own purposes, then there are also no consequences for sins/crimes other than legal ones. Islam, in contrast, has set principles and maxims to preserve life, wealth, justice, intellect, and society at large. Rather than feeding into the trait of pride and conceit, Muslims are commanded to purify their spiritual selves, to embrace humility, to use their reasoning and intellect, to discover the natural world that God created, to exemplify self-discipline and willpower against boundless desires, and to stay connected to God.

The most important meaning and purpose to human life is the challenge to surrender to God. For the Muslim, this pervades every aspect of his or her life. Allah reminds us in the Qur’an: “He did not accept the truth, nor did he pray; but he denied and turned away! Then he went to his family with swagger. Woe to you, and woe! Again, woe to you, and woe! Does man think that he will be left neglected” (75:31-36).

Ultimately, humanism proposes some goals that are already embedded in Islam, such as working towards improving the world, seeking justice for others (which is a concept that needs to be defined objectively), and holding ourselves to a high level of responsibility. However, it fails greatly when it sets the foundation of its worldview as one that rejects God and the signs everywhere that point to His existence. Humanism also falls short regarding morality as it chooses to rely on subjective and situational criteria, falling deep into a bottomless pit of vying opinions and never-ending contention.

Secular humanism and Islam can surely agree that seeking truth is good, that living a moral life is good, and that having meaning and purpose in life is good. Where they differ is in recognizing or denying the originator and fashioner and sustainer of all things, the eternal One, the source of truth, morality, meaning, purpose, and goodness, as well as in defining what it means to be objectively good and virtuous. 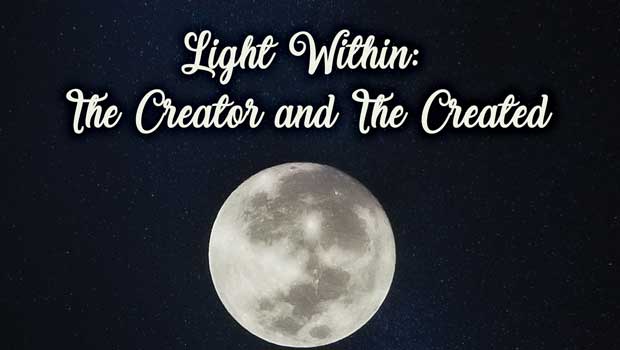 Light Within: The Creator and The Created 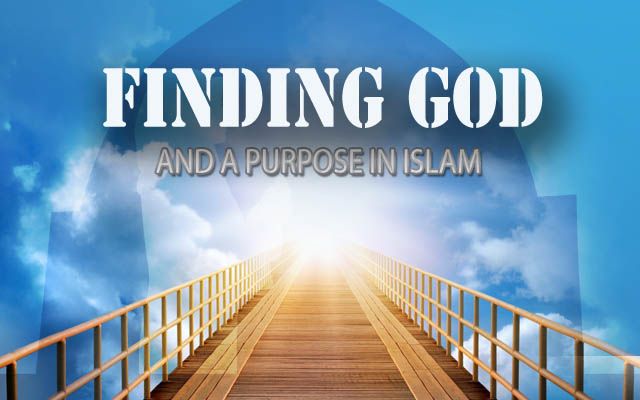