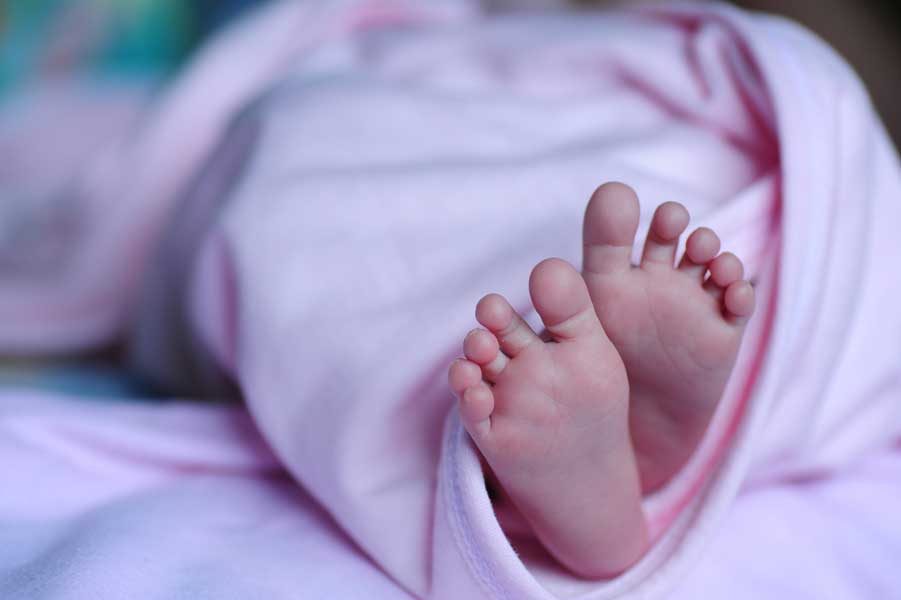 The concept of fate, or predestination, is frequently misunderstood or conflated with the beliefs of other religions or philosophies. Words that are typically used, often without definition or distinction, include fate, destiny, divine decree, and predestination. In Arabic, the term used is qadr, and understanding it is important for Muslims. Prophet Muhammad (s) said, “No servant of Allah will truly believe until he believes in al-qadr, its good and bad, until he knows that what afflicted him could never miss him, and that what missed him could never have afflicted him” (Tirmidhi). If our religion necessitates us to believe in qadr, its good and bad, the sweet and the bitter, then it’s important that we understand some basic principles that every Muslim needs to know.

Al-qadr comes from the root word qadara, which means “knew, predetermined, and planned perfectly.” It is Allah’s complete knowledge of all things, according to His will and recorded in the Preserved Tablet.

Al-qadaa is a similar term, and it comes from the root word qada, which means “judged, ordained, executed.” It refers to Allah’s creation of all things, manifested by His command and will. In other words, we believe in qadr, Allah’s knowledge of all things (as it is He who planned everything in perfect wisdom) recorded in the Preserved Tablet; and qadaa,’ the manifestation of that knowledge via Allah’s power of creating.

Four Principles of Belief in Qadaa’ and Qadr

1. Allah’s Infinite Knowledge of All Things
The first principle we must acknowledge is that Allah SWT is All-Knowing. He knows the past, present, and future. Allah SWT knows all possible alternatives as well, such as what would have happened had you chosen a different path to walk on, a different career, or any other decision or choice.

Allah’s infinite knowledge should humble us and infuse us with a sense of awe. He knows every atom of His creation, every cell in living creatures, every grain of sand on earth, every star in our galaxy and every other galaxy, including the ones recently observed by the James Webb Space Telescope. Allah SWT knew everything about His creation before He created it, including lifespans, provisions, deeds, and speech. Allah SWT knew who would choose the path of obedience and who would choose the path of disobedience, and who amongst them would seek out the destination of Paradise, and who would be deserving of punishment in the afterlife.

2. The Preserved Tablet
After acknowledging the unimaginable knowledge of the All-Knowing, it is important to realize that the knowledge of Allah SWT about His creation and everything that was to happen in the created world was written in the lawh, or what is translated sometime as “The Preserved Tablet.” Prophet Muhammad (s) said, “Allah had written the ordained measures of the creation fifty thousand years before the creation of the heavens and the earth, and His Throne was on the water” (Sahih Muslim). Additionally, it was mentioned in a hadith that at the beginning of time Allah SWT commanded the pen to “write the record of all things to happen till the establishment of the hour” (Abu Dawud). In other words, Allah’s knowledge of all things that would unfold in the creation was written down in a preserved place, and it includes the knowledge of all things to happen throughout our lives and our final destinations.

3. Allah’s Will (mashee’ah)
As the believer acknowledges the all-encompassing knowledge of Allah and that it is written in the Preserved Tablet, we also acknowledge the fact that whatever Allah wills happens; and whatever He does not will does not happen. He is the All-Powerful and He is the Lord of the Worlds, and His will is final. He gives the command of “be” and it is.

This includes our belief that Allah has “willed” everything that goes on in the universe. His will means He allows some things to happen, prevents other things from happening, and all matters of decree return back to Him. For example, Allah tells us, “If Allah willed, He would have made you one nation, but His will is to test you with what He has given you. So, compete with one another in doing good. To Allah you will all return, then He will inform you regarding your differences” (Qur’an 5:48).

Had Allah wished for us to follow one Book, and one messenger, and one law, pertaining to all times and all places, He would have done that. What has manifested in reality is what Allah permitted, which is for people to have free will, to choose good or evil, to choose morality or immorality, to choose between truth and falsehood; and with those free-will choices, the evaluation of each person’s life takes place.

There is a great misunderstanding many human beings have about the term “Allah’s will.” They think it means that what Allah wills to happen in the universe is also what Allah wants – i.e., what is pleasing to Him. But as Muslims, we do not believe that. We believe, as Allah tells us, that He loves certain things, and hates other things, but due to His wisdom, He created this world of tests and free-will decisions, a world that is both sweet and bitter, easy and difficult. And this life, this test, precedes the eternal life of everlasting bliss or everlasting punishment.

Allah SWT hates for people to disbelieve in the truth, or to reject what is good, and yet He gives us free will to choose. He says, “And Allah does not like for His servants to disbelieve” (39:7), and yet many people have received the message of truth and chose freely to disbelieve. He has commanded us “do not oppress” (hadith qudsi), and yet allows people in this life to choose to oppress others, with a severe warning about the punishment for oppressors in the afterlife.

Allah SWT is the All-Wise, and chose, in His perfect wisdom, to create a temporary world of trials that precedes an eternal life of compensation, whether reward or punishment. In this temporary world, Allah SWT permits (i.e., wills) certain things that are hated by Him, and simultaneously revealed a message to guide us to what is best, and created us with a natural disposition (the fitrah) to perceive the difference between good and evil, justice and injustice.

Ultimately, this single principle about Allah’s will helps us to understand so many issues. When something happens to us, our response to that occurrence is a test and an opportunity to get closer to Him, to be rewarded eternally, to be given strength for tomorrow, and/or to be reminded of our blessings, amongst many other wisdoms. This world, if we are to believe in reality and not false expectations, is not the world of pure comfort and bliss, but the world of striving and trials. It is different than the perfect world of the afterlife, the Jannah that we all seek. This answers many questions – that everything goes back to the wisdom of Allah who knows all things about the purpose of this world, that has the potential for so much good, and yet, for people with free will, to have the capacity to choose to commit evil and engage in corruption.

So, do we really have free will? Yes, Muslims believe in free will as having the capacity to choose one’s actions. Allah’s knowledge in advance of what you choose is because He is not bound by space and time, or by anything. He is omniscient and therefore knew, even before creating you and me, everything we would choose during our lifetimes. This is far different from being created and then foreordained (intrinsically or otherwise compelled or programmed), without free will, to choose evil actions or a path of disobedience. In fact, in Islam, you are not even held accountable for things that are forced upon you by other human beings (e.g., someone forced at gunpoint to say something blasphemous). You are held accountable only for your free will.

It is your choice to read this article, to smile right now, or to be kind to your neighbor tomorrow. It is also your choice to study for an exam or instead play a video game and fail the exam; to work for your livelihood or bounce around without purpose or responsibility; to pray to the Creator and follow His command or rebel and follow your own desires. Allah’s foreknowledge of your choice doesn’t mean you don’t have choice. In fact, that’s the entire purpose of being created: to choose righteousness — “The One who created death and life in order to test you to see who is best in their deeds…” (67:2).

Nonetheless, there are some things outside of your choice, such as the year you were born, the parents you were born to, the place you were raised, etc. Additionally, in life, there are things that happen to you that are beyond your control. You don’t choose what happens to you, but you choose how to respond to it. You are not responsible for what has befallen you, but responsible for how you respond to every situation.

In everyday life, you have major and minor choices. You respond to the world around you, you choose how to live your life, how you deal with hardships, and you choose whether to utilize the blessings of the Creator in the best manner possible, such as the blessings of time and health. All of those matters are matters of choice, and that is the only thing you’ll be accountable for on the Day of Judgment. Your good deeds and sins are based on your free will. You have choice, Allah SWT has knowledge, and you’re held accountable for your choices.

4. Al-khalq (the creation)
The fourth and final principle is that “Allah is the creator of everything…” (39:62). Our minds cannot fully grasp the hows and whys of creation, and we are not asked to philosophize the topic of qadr or overcomplicate it, but rather to strive to do good and to stay away from evil. Whoever chooses guidance is guided, and whoever chooses misguidance carries the burden of their choice.

Some people ask if belief in divine decree (qadr) takes away meaning in life, but the reality is that the opposite is true. Belief in qadr emphasizes just how meaningful your life is, how important your choices are, and that you are living for a greater and everlasting purpose. Belief in qadr impacts us psychologically and emotionally by sufficing our need for transcendence in life, as well as by motivating us to push through difficult times, helping us to heal after calamitous occasions, and providing resilience and perseverance for those who seek it. This belief protects us from nihilism and meaningless, mundane lives, such as that of materialists today.

Furthermore, what was written on the Preserved Tablet is not known to us, and as we don’t know what tomorrow holds, we strive today with hope, optimism, and hard work. Just as a student strives to do well on their exam and thus studies diligently, and a professional strives to earn a good income, the believer strives to do good with the limited time and opportunity of the present. We are not nihilists, nor are we fatalists, but rather we believe in the reality of being created to exercise our free will so as to choose righteous deeds today for a future of eternal compensation. Ultimately, this belief offers a path forward, rather than living in the past chapters of life, and it comes with peace of mind that what was decreed for you could never miss you, and what missed you was never decreed for you, and that the pen has been lifted and the ink has dried.