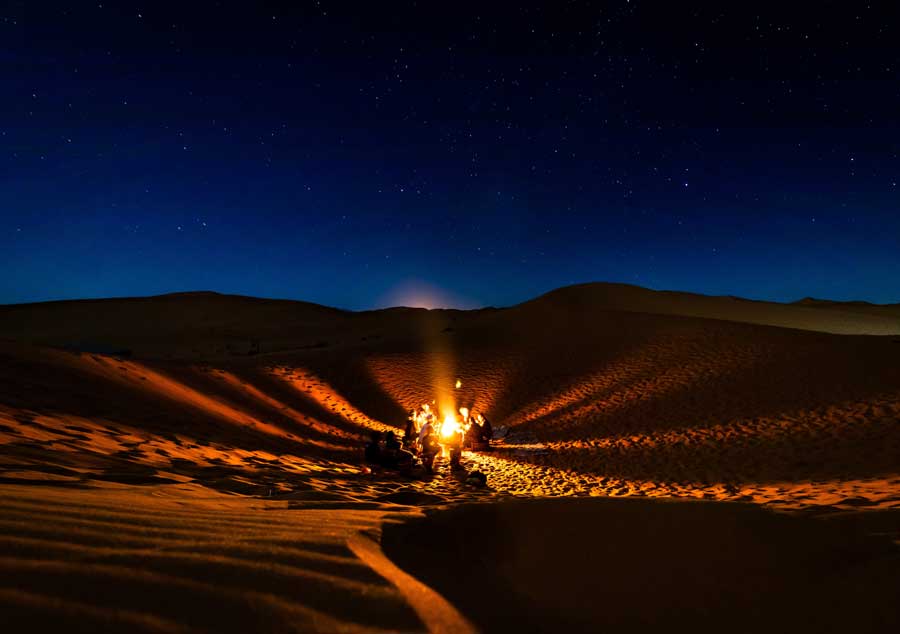 Prophet Muhammad (s) was born in an uncivilized society, and through the message of Islam, he educated, reformed, and refined that society. Idol-worship had been rampant, the poor were oppressed and exploited by the rich, and women were refused the dignity of being treated as worthwhile human beings. And in just over 20 years, the Prophet (s) transformed this society completely, creating and fostering a culture where Allah SWT alone was worshipped, where the rights of the poor were not only safeguarded but prioritized, and where women were raised to their divinely ordained status.

In some ways, our world today has fallen back into many of the norms of that uncivilized society before the advent of Prophet Muhammad, that era of jahiliyah, ignorance. We’re being forced to confront this ignorance on all different fronts — godless ideologies, religious fanaticism, unbridled greed, war mongering, and economic exploitation, to name just a few. The pervasive nature of this unchecked darkness makes us doubt if we could ever possibly find our way out of this.

But Allah SWT told us, more than 1400 years ago, “Today I have perfected your faith for you, completed My favor upon you, and chosen Islam as your way” (Qur’an 5:3). Islam is our salvation. Islam is the solution. And so, we turn to the example of the Messenger of Allah (s), and we ask ourselves this: how did one man come to a people who were in a state of such moral degradation and completely transform them into the most righteous of all generations?

It starts with perfecting one’s own character. The Prophet (s) was a man whose sense of morality and virtue was completely unparalleled. Before prophethood, he was known amongst his tribe as “Al-Amin,” “The Trustworthy,” and after, even as those same people were abusing and torturing him for bringing the message of Islam, they had no doubts about his honor. In fact, up until the very night he was migrating to Medina, despite suffering at the hands of his own kin for almost 13 years, many of them still entrusted him with their valuable possessions, because even as they despised his message, they knew there was no one more trustworthy than him.

However, this transformation doesn’t end with just our own selves, but rather we ought to work to facilitate growth in others as well. The Prophet (s) was a mercy to mankind and forgiveness was a constant theme throughout his life. There is a narration of a woman who would throw trash at the Prophet (s) and attempt to humiliate him daily. But there came a day when she did not throw trash and when he noticed her absence, the Prophet (s) went and inquired about this person who had expressed such abuse towards him. And when he heard that she had fallen ill, he went to visit her, and she was so moved by the compassion and generosity of soul of the Prophet (s), she immediately accepted Islam, right then and there.

There is something powerful in how the Prophet (s) was able to forgive all people, even those who were directly responsible for some of the most difficult moments of his life. The Prophet (s) looked at Wahshi, the man who murdered his beloved uncle, Hamza (r), and he was able to show him compassion. So, when Wahshi came to the Prophet upon accepting Islam, instead of demanding retribution for the death of his uncle, the Prophet (s) forgave him. And Wahshi (r) would go on to face the false prophet, Musaylamah the Liar, and with that same spear he had once used to kill the uncle of Prophet Muhammad (s), Wahshi (r) defeated one of the greatest enemies of Islam.

And the fulfillment of this transformation can be seen in an impact that lasts long after individuals. The Prophet (s) was generous and tolerant, even to those who might not have expected it of him. After the conquest of Mecca, representatives from all over the Arabian Peninsula began sending delegations to the Prophet (s). In one such instance, a delegation of Christians from the city of Najran came to visit the Prophet, and while conversing with him, the time for their prayer arrived. Instead of asking them to leave or find somewhere else to perform their worship, Prophet (s) showed them respect and honor and he allowed them to pray according to their religious tradition within his own mosque.

This tradition of tolerance and respect was continued under the Caliphate of Umar ibn Al-Khattab (r). When the Muslims conquered Jerusalem, Umar (r) entered the city peacefully and with assurances of the protection of the religious freedom of all those who inhabited the land. In fact, when prayer time came around, and a priest offered Umar (r) the opportunity to pray within a church, Umar turned it down – not out of disrespect, but rather because he didn’t want the church to eventually be turned into a mosque. Thus, to maintain the dignity and rights of the Christians under his rule, Umar (r) made the decision to preserve their holy site.

But this didn’t end with the Companions and those who had directly learned from the Prophet. Rather, more than 500 years later, when Salahuddin Ayyubi conquered Jerusalem once more, he spared the Christians within it. He allowed them to live and freely practice their faith, in stark contrast to how the Crusaders had brutally shed the blood of Muslim inhabitants when they had entered the city. Salahuddin also made active efforts, like Umar (r), to protect Christian sites in Jerusalem, namely The Church of The Holy Sepulchre, in accordance with the same teachings of the Prophet Muhammad (s) that had been passed down to him through centuries and across generations.

We can’t start talking about reforming the world until we first purify ourselves and then work to change the hearts and minds of the individuals around us. The Prophet (s) was a master at this. He understood people on a level that most never even bother to try. He made them feel heard and appreciated for even the smallest of things. He took the time to get to know and love everyone on such an individual basis that even those who only had a couple years with him were infinitely impacted by him.

We speak of legacy, but real legacy is not defined by hitting certain milestones, or by leading in polls, or by being obsessed with solo success. Real legacy is about the lasting impact you are able to leave, on the world, on those within it, and on those who come long after you, yourself, have passed on.

This legacy wasn’t built in one day or one month or one year. This is a legacy that took 23 years to build; 23 years of changing the hearts and the minds of the people by approaching them from a place of genuine concern and commitment to sharing divine guidance; 23 years of guiding and facilitating individuals to become leaders and creating communities of people who were committed to the overall betterment of society. And for 23 years the Prophet instilled such love and hope and trust that even today, more than 1400 years later, those of us who have never met the Prophet (s), who know him only through what’s been preserved about him, every single day 1.8 billion of us around the world actively choose to carry on and fulfill the legacy of Prophet Muhammad (s).