Is There Such a Thing as Muslim American Culture? 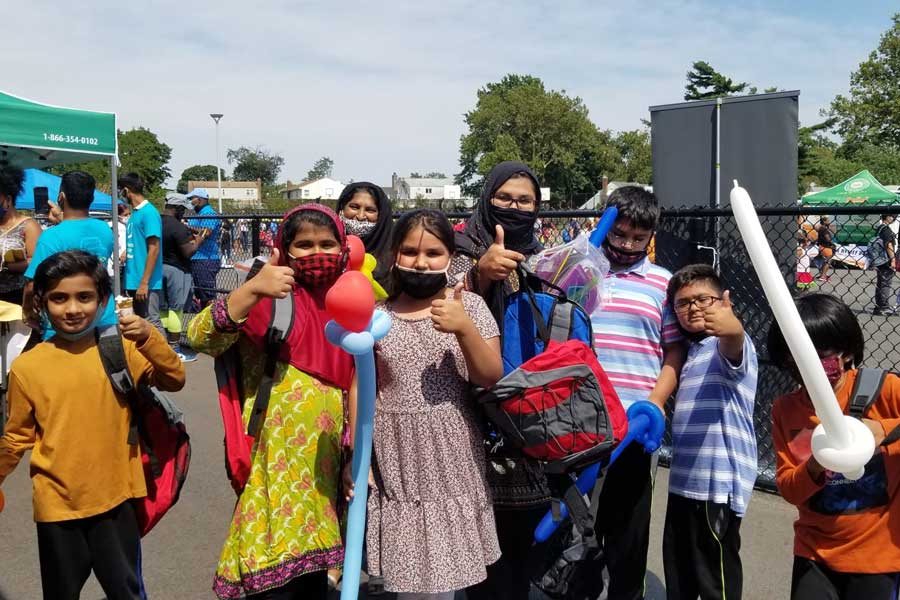 Do Muslim Americans have a culture unique to them compared to Muslims in, for instance, Palestine or Sudan? If Islam is a universal religion which transcends time and place, does that mean Muslim Americans could adopt their own culture within the folds of Islamic orthodoxy – a culture that reflects the norms of the society they live in?

Before delving into culture and its role in Islamic law, it’s important to emphasize that Islamic law is primarily derived from the Qur’an and the authentic hadith (i.e., the Sunnah). As for matters that are not explicitly referenced in either source, ijtihad of the scholars is utilized, which entails highly qualified groups of scholars giving rulings on unaddressed issues using principles derived from the two primary sources of Islamic law. The primary sources are agreed upon, while the secondary sources are sometimes disputed depending on the scholar and his or her methodology.

One example of a secondary source that is sometimes disputed is that of ‘urf (customs). In Arabic, ‘urf is defined as “recurring practices that are acceptable to people of sound nature,” which excludes any practices that are corrupt and contradict the Shari’ah (Mohammad Hashim Kamali). The instability and relative volatility of culture and custom is the reason many scholars hesitate to utilize it frequently in rulings; however, it is generally used in rulings with wisdom and knowledge and arguably one of the most important considerations in issuing verdicts to people of different cultures and lands.

There is a famous Islamic maxim, a principle used in jurisprudence, that states “custom (or culture) is determinative,” as well as a related sub-maxim: common usage is an authority that must be acted upon. The authority of this maxim is derived from the Quran and sunnah, such as with reference to treating one’s spouse with “ma’roof” (goodness), a reference to what is considered acceptable according to the customs of a people. This may include how much money is customarily spent on a household, as a lifestyle, on one’s wedding, for one’s dowry, and so forth.

The point of the maxim is that customs come into effect and are determinative when an issue cannot be determined based on the primary sources of Islamic law. “Anything that has no definition in the law or in language is referred back to custom,” according to one scholar (Al-Isnawi), while other scholars have made it clear that it is an obligation to rely on customs in judicial proceedings (ibn al-Qayyim). In short, customs can be used to establish a religious ruling as long as there is no religious text that goes against it.

However, there are conditions for customs to be used in rulings. The first is that the custom or practice does not conflict with invariable and established rulings and principles of the Shari’ah. For example, the custom must not be religious in nature (e.g., celebrating Christmas as Muslim Americans). Another condition is that the custom must either be a general one amongst a population or a majority custom of the people. Thus, it should not be limited to just a handful of people, or sinners or a sinful lifestyle. In matters that are mentioned in the Shari’ah without specifics, and the specifics are not found in the language itself, customs may also play a role, such as in some financial contracts.

Neither Accepting Nor Rejecting All Non-Muslim Customs

Sometimes, Muslims who immigrate to pluralistic societies may find themselves relating to a custom of their people back home (i.e., in another country with different customs). Thus, their perspective of the customs of the local population, such as Americans or Canadians, might be to wrongfully assume that all “non-Muslim customs” are to be rejected. However, non-Muslims (disbelievers) are not all the same, nor are their customs all similar. Furthermore, there are many Muslim Americans who have converted to Islam and have their roots in this country for generations. There are also Muslims whose parents or grandparents immigrated, but they find themselves relating to some aspects of American culture that don’t contradict Islamic law. The notion of accepting or rejecting all customs from any country or society is not based on Islamic law, it’s an assumption that comes from a place of ignorance regarding what Islam actually says about the role of custom.

For example, when it comes to dress, Islamic law has conditions in place based on the Qur’an and authentic hadith. These rulings are consistent across all customs and cultures; however, there are some areas of dress code in Islamic law that are not addressed, such as the style or color of clothing. How would the Prophet Muhammad (s) dress if he lived in today’s world, in a region of the world that dressed differently than modern or historic Arab civilizations? Over the years, many great scholars have commented on the custom of the Prophet (s) with regards to his clothing, and emphasized the role of custom in the behavior, action, lifestyle, and preference of the Messenger of Allah (s), a role which remains in effect for Muslims in a timeless manner. “The custom of the Prophet (s) with regards to clothing was that he would wear whatever Allāh had facilitated for him of the clothes of his people. So, he would wear a qamīṣ, a turban, an izār, a ridā’, a shawl, and so forth. He would wear cotton and wool, and other garments, and he would also wear what was imported from Yemen and other lands. So his Sunnah actually necessitates that a man should wear whatever Allāh has facilitated for him in his land, even if it be more luxurious [than this]…” (Ibn al-Qayyim)

Of course, the obvious disclaimer for those who may misunderstand the scholarly statement above is that the custom with regards to anything cannot contradict the explicit rules of the Shari’ah. In other words, if a nation-state today predominantly wore little clothing or did not cover the ‘awrah (the areas of the body that must be covered, according to Islamic law, pertaining to both genders), it would be prohibited in Islam to imitate them with the justification of “customs”. The same applies to other customs and practices, such as food.

‘Abdullāh b. ‘Abbās reports that a roasted lizard was brought to eat for the Prophet (s). Khālid b. Walīd was with him. When the Prophet was informed of what it was, he withdrew his hand. Khālid b. al-Walīd said, “O Messenger of Allāh, is the lizard forbidden (to eat)?” The Prophet (s) replied, “No, but it is not found in the land of my people so I do not find a liking for it.” Khālid said, “I then chewed and ate it, and Allāh’s Messenger (s) was looking at me and he did not forbid me” (Sahih Muslim).

A seeming conflict arises with the famous hadith, “whoever imitates a people is from them” (Sunan Abi Dawud), but the context of the hadith is a religious one, such as by imitating the religious practices of other people, or the sinful practices that contradict Islamic laws and maxims. As for wearing the same color or pattern of the majority of one’s population, or using similar language (that is not profane or immoral), this is a matter that has flexibility in the Shari’ah. Again, however, Muslim Americans – just like Muslims in any other pluralistic society, need to be strong and proud of their faith, and recognize that imitation is a form of flattery. If Muslim Americans watered down their faith and imitated other people in matters that are Islamically prohibited, then what’s left for Muslims to exemplify of Islam?

Some areas where this maxim plays a role include marriage and divorce, such as with the wedding dowry (i.e., giving a mahr/dowry that is suitable for the custom and background of the woman), the wedding itself – so long as it does not contradict anything of the Sharia’h (e.g., free-mixing between the genders, prohibited music, the bride removing her hijab, etc.), and the pronunciation of divorce. In the last case, if certain terminology is unique to a population and it’s understood in that society to imply a specific meaning that’s inclusive of divorce, such as a term that means “it’s over,” it would be taken into consideration based on the custom of the people if the couple was to dispute whether or not divorce had taken place.

Ultimately, the most important thing for all Muslims to consider with regards to customs in Islamic law is that one must turn to scholars and scholarly councils for official verdicts rather than formulating their own opinions with the justification of “customs are determinative,” and to know that the most important boundaries are those of the Shari’ah, even if that means that there is in fact a very small area carved out as uniquely Muslim American.