Since its inception as a nation, America’s foreign policy has been driven by a deep sense of white supremacy and divine right. Under the rubric of Manifest Destiny, the young nation’s first imperialistic adventure was its near century-long continental expansion from the Atlantic to Pacific coasts. Millions of Native Americans were either slaughtered or forcibly removed from their lands to desolate, barren internment camps euphemistically called Indian reservations. After emerging victorious from the Mexican-American War, 1846-1848, America claimed ownership of present-day California, half of New Mexico, most of Nevada, Utah, and Arizona, parts of Colorado, Wyoming, and expansion of the borders of Texas to the Rio Grande River. Mexicans living in territories formerly owned by the country of Mexico now faced the imminent prospect of racist attacks from rampaging White American settlers unless they fled to Mexico for sanctuary.

If all we can do is make dua (prayer) for the Syrian people and the Ummah of Prophet Muhammad (peace be upon him), at least we must do that;

At the turn of the 20th century, American colonial and imperialistic ambitions had extended well beyond continental North America. The United States defeated Spain in the Spanish-American War in 1898. America emerged from this war as a global power as Spain renounced all claims to the Philippines, Guam, and Puerto Rico, ceding them to the United States. The standard bearer for American designs for empire building in the 20th century was Teddy Roosevelt. Fast forward to the 21st century, we find the 43rd president, George W. Bush. Known as a lovable rogue rather than an unyielding ideologue, W’s administration, as the face of “The New World Order” of the neo-cons, unleashed the unparalleled destructive might of the American military on the oil and natural gas-rich Muslim Middle East. Since the invasion and occupation of Iraq by the United States in 2003, American imperialism has been primarily responsible for turning Iraq into a staging ground and battlefield for ISIS, Libya into a failed state, and Afghanistan into the world’s largest opium exporter on the planet with productions soaring.
Yet, the deadliest conflict of the 21st century is in Syria. Before the slaughter of innocents began in Syria in 2012, the country was one of the “pearls” of the Middle East. Once rich in ancient archaeological sites, strong trade and economic infrastructure, high educational achievement levels, a vibrant film and innovative IT sector, the once proud nation of Syria has been turned into rubble. It is a virtual killing field where military forces from America, France, United Kingdom, Russia, and Iran, along with a motley crew of shadowy terrorist groups, hold terrorized Syrian men, women, and children hostage while the killing goes on in the name of a multiplicity of dubious causes. International Human Rights groups estimate the number of Syrians killed at 350-500,000, a disproportionately high number of them innocent, non-combatant civilians. At least six million Syrians have fled the country or are internally displaced. The misery index of the Syrian people has only been further exacerbated by the latest front man for the military-industrial complex, the 45th president of the United States. As an ever-increasing number of Syrian citizens flee the ubiquitous combat zones of their country, the Trump administration vigorously attempts to block Syrian refugees from coming to this country.

We have to realize that although Assad, and his father before him, has persecuted many, he should not become the next name in the long line of leaders of sovereign countries who have been brought down by the West. The Syrian conflict is quite complicated and not a simple Sunni vs. Alawite/Shi’a conflict as many, including many Muslims, see it. It is more so a proxy war, the U.S. and its allies against Russia, Iran, and Hezbollah, using mercenaries and even terrorists to accomplish their goals, including regime change, with no regard for the welfare of the Syrians. We have to realize that the West acts according to its own interests, and the feigned outrage over the slaughter of innocents as a reason for intervening is only justification to further perceived national interests. When those interests are hegemonic, we end up with a world of chaos and suffering. As American Muslims, we can join with other Americans in calling for a moral and just foreign policy. We must recognize that the white supremacy that informs the current foreign policy is the same white supremacy that keeps African Americans and other minorities in a state of economic, social, and political subjugation. We can demand, along with all like-minded Americans, that our nation live up to its potential, to live its ideals rather than using those ideals and values as a cover for ignoble actions. If all we can do is make dua (prayer) for the Syrian people and the Ummah of Prophet Muhammad (peace be upon him), at least we must do that; but let us each take action and do something to help, according to our capacity. 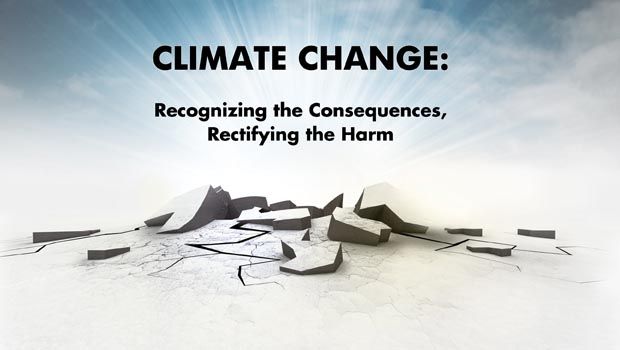