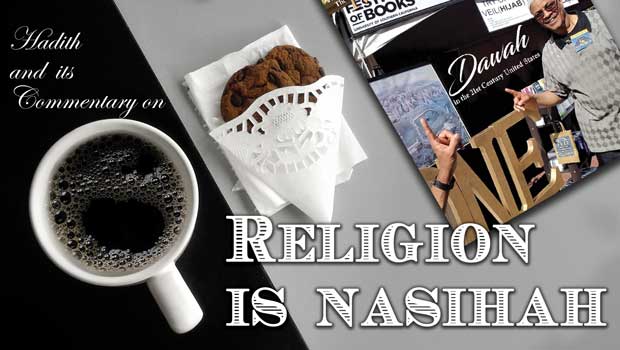 Introduction
There is no exact English translation for the word “nasihah” as it covers a broad concept. Some use the term “sincerity,” but this is only part of the meaning. With respect to Allah (SWT), His Book, and His Messenger (pbuh), it carries the meaning of sincerity. With respect to the leaders and the Muslim community, it carries the meaning of sincere advising. According to Ibn Salah (RAA), nasihah is “truly seeking the best, in terms of intention and action, for the one whom he is making nasihah to.” This hadith is a profound statement. Al-Sheikh Jamāl Zarabozo says that this brief statement of the Prophet (pbuh) describes the essence of Islām. This is because it encompasses Islām, īmān and ihsan altogether.

If we are the ones entrusted with authority, we should act sincerely towards the rest of the Muslims and do that which is in their best interest. We should give nasihah to the people by doing that which is best for the ummah. This means defending the community, placing appropriate and qualified people in their proper position and job. Any leadership or authority, whatever the level or rank, will be answerable in front of Allah (SWT) on the Day of Judgment. They will be asked regarding those under their responsibility. This also includes us who may be parents, community leaders, supervisors, managers, teachers, etc.
Conclusion
Based on all that has been discussed here, we see that nasihah encompasses much of Islām, īmān and ihsan. We see that nasihah carries many meanings. With respect to Allah (SWT), His Book, and His Messenger (pbuh), it carries the meaning of sincerity. With respect to the leaders and the Muslim community, it carries the meaning of sincere advising. Since this hadith defines the dīn as nasihah, it is important that we uphold and apply the obligation of nasihah in our lives. In our ummah, there is a great need for the Muslims to be benevolent and sincere to each other. Following this short but comprehensive hadith allows for the betterment of the Muslim and the Muslim Ummah.