There he was on top of the mountain thinking he had lost his mind. He was not sure what to make of the words he heard in the cave, nor of the being that hugged him while uttering those words to him. Later, upon returning home, his wife reassured him that everything would be okay, but the incident still did not sit well with him. The revelations had ceased for quite a number of days but an overbearing sense of sadness led him to the top of the mountain with the thought of throwing himself off. It was at that moment when the being from the cave reappeared, but this time in full form, covering the whole sky with his wings, giving the man glad tidings of prophethood and reassuring him of his truthful nature.

This is a true account from the life of Prophet Muhammad (peace be upon him) as narrated in Sahih al-Bukhari in Kitab al-Tabeer, describing how the Prophet became overwhelmed with emotion and needed to be reassured by both humans and the Divine to move forward in bringing guidance to the world. The emotion that Prophet Muhammad felt is conveyed in the hadith through a word which is translated as “sadness” in most Quran translations. A further analysis of this word, however, shows us that it is a form of depression which surfaces after a series of difficult events that an individual goes through.

Anger, sadness, happiness, disappointment, hope, fear, anxiety, and other emotions are all part of the human experience. Human beings attempt to describe various emotions through art, poetry, and other art forms. Yet, to truly “capture the moment” in full effect is difficult. We aim to show in this article that the Quran is unparalleled in precisely conveying the emotional and cognitive experience of human beings, narrating to us the Divine omniscience and claim to our souls.

The seerah is filled with incidents teaching us how Prophet Muhammad (pbuh) faced many and varied challenges and difficulties throughout his life, and those accounts are very instructive for us, allowing us to feel deep connection to the Messenger of Allah. We should also take note that the Quran expresses human emotion in the most detailed way so that the reader can relate with his or her heart to the book of Allah. We can examine a number of verses to see this.

Different situations elicit different types of happiness. Though there are several words in the Quran that speak about this emotion, I have listed only four. The first type of happiness is when someone is pleased with an action, decision, or matter, and they are considered “radiya.” The one experiencing this type of happiness usually makes it known to others: “Indeed Allah was pleased with the believers when they pledged allegiance to you [Muhammad] under the tree.” (48:18). This is one of the most common types of happiness.The second type of happiness is “a’sarra.” This is a type of happiness in one’s heart that is caused by some external factor such as someone’s kindness, seeing a pleasing sight, or hearing something that raises one’s spirit. The one experiencing this type of happiness is called “masrur” in the Quran. When the Bani Israel requested Musa (pbuh) to ask Allah to bestow upon them a cow, they specifically described it in the following way: “Its color bright yellow, pleasing to those looking at it” (2:69).
The third type of happiness, “ha-ba-ra,” is one that honors, delights, and comforts the one experiencing it. It is contagious in the sense that it leaves a lasting effect on even those who simply witness it in another person. After the believers and disbelievers are separated on the Day of Judgment, Allah mentions what the believers will receive and how they will feel if they led a sincere life believing in Allah and doing good deeds: “As for those who believed and performed righteous deeds, for them is a garden wherein they will be extremely happy” (30:15). This type of happiness has a minimum of three aspects of delight reserved for the believer after he enters Jannah. The fourth type of happiness, “is-tab-shara,” is that which is gained from achieving or hearing something pleasing, and the experience of this happiness can be physically seen on one’s face or in one’s behavior and demeanor. In presenting a similitude for the believers, Allah likens their success to a prosperous business deal. He (SWT) mentions that He has purchased the lives and material resources of the believers in exchange for paradise. At the close of this verse, the Quran states: “So rejoice in the deal which you have made. And that is the ultimate success” (9:111).

Anger, sadness, happiness, disappointment, hope, fear, anxiety, and other emotions are all part of the human experience.

The Quran uses a number of words to denote various types of sadness. The first I will mention here is “ghamma”
which can be translated as “distress.” This is a type of sadness that temporarily blocks a person’s ability to see any good in his life or circumstances. This type of sadness can be likened to clouds that temporarily block out sunlight in the sky. Thus, these clouds are called ghamaam. This distress, however, eventually passes, and in this regard the Quran says, “Then after the distress, He sent down security upon you” (3:154). This verse was revealed after the believers had been defeated at the Battle of Uhud, and they were fraught with a deep sense of sadness which took a period of time to overcome.

“Ha’zi-na” is another type of sadness, and sets in when one has high hopes or plans which are destroyed by external circumstance which appears to have no hope for rectification or remedy. In the Quran, the story is told of Jacob (pbuh) being informed that his youngest son Benjamin was left in Egypt for allegedly stealing. The verse says, “His eyes became white with sorrow” (12:84), meaning his eyes filled with tears. First he had lost his most beloved son, Yusuf, many years ago, and now another son was gone—and both at the hands of their brothers.

“Ba’Ssa” is another type of sadness, close to the word “grief” in English. The root meaning of this word is to “spread out” or “disseminate.” In essence, this is a form of sadness that lingers in a person and whose source cannot be located. It is a heavier, if not the heaviest, form of sadness in the Arabic language. Jacob said, “Indeed, I only complain of my sorrow (hazin) and grief (batha) to Allah.”

There are four words in the Quran denoting anger. I present here three, and they are levels of the same emotion.
“Sakhata” is the first level of anger. It is the emotion felt by someone toward his subordinate who has failed to reach a certain objective or has fallen short of an expectation. An example of this word used in the Quran is the following: “So is one who pursues the pleasure of Allah just like the one who brings the anger of Allah upon himself?” (3:162).
The second level of anger, “ghayzun,” expresses the feeling of one’s “blood boiling.” Though the individual may be in an angry state, he does not act upon the anger or let it take over his senses. Instead, he seeks to extinguish the feeling, as in the verse, “And those that swallow their anger and who oft pardon the people” (3:134). These two traits mentioned in the verse are characteristics of people Allah describes as inheritors of paradise. “Ghadiba” is the general expression of anger, but there is a nuance to note: this form of anger brings with it a form of punishment from a superior being, a chastisement for a specific wrong action being committed: “But those who open their breasts to disbelief, upon them is wrath from Allah” (16:106).

The Quran recognizes various types of hope. “Amniyatun” are hopes that lack a practical basis in reality and have very little chance to materialize. The person who indulges in this type of hope has not done what is necessary to bring his hope to fruition, or they are simply engaging in wishful thinking: “And they [People of the Book] said, ‘None will enter paradise unless he be a Jew or a Christian.’ Those are their false hopes” (2:111).
“Wadd” is the hope of attaining something which is propelled by the love of that object or person. It can have a positive or negative connotation based on circumstance or context: “Perhaps those who disbelieved are wishing that they were Muslims” (15:2).

In the Book of Allah, we can study and come to understand the many nuances of emotion that are part of the human experience. Whenever we are facing difficulties or enjoying blessings, we should stop and remember that Allah imbued human nature with these emotional capacities, and only He provides the way, Islam, that allows us to effectively cope with negative emotions. And on the other hand, it is also only Allah Who cautions us about getting carried away with the things that brings us happiness so that we might avoid arrogance, greed, complacency, and other immoderate reactions to good fortune.
Also, keep in mind that many times we do not know the wisdom and the mercy that is potentially yielded through our suffering and pain. May Allah make us of those who read His Book and seek to understand ourselves through it, in light of the Divine guidance He has gifted to humanity. Ameen. 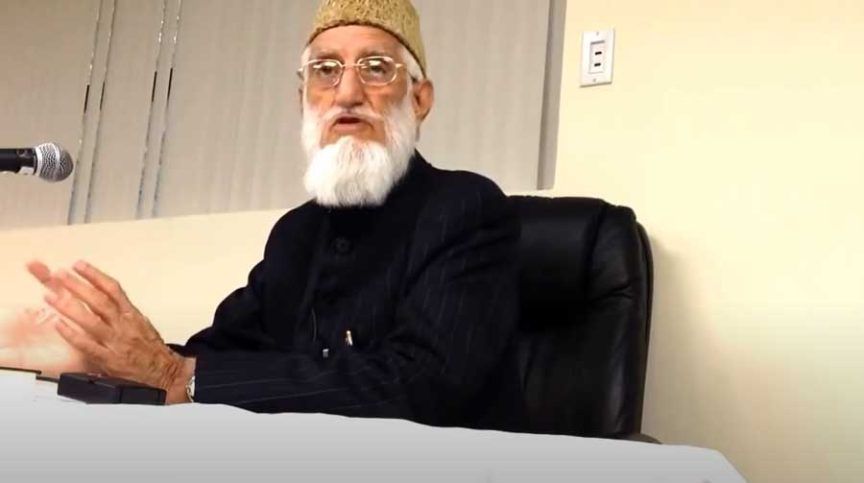