Dalia Mogahed is an American leader with notable achievements in research related to Muslims societies worldwide and, in particular, the Middle East. She is currently President and CEO of Mogahed Consulting, an executive coaching and consulting firm based in Washington, D.C. She served as the Executive Director of the Gallup Center for Muslim Studies and also as an adviser for the White House Office of Faith-Based and Neighborhood Partnerships under the Obama administration. In addition, she contributed to the Countering Violent Extremism Working Group of the Homeland Security Advisory Council, and worked with Madeleine Albright on the U.S. Muslim Engagement Project where she produced policy recommendations, many of which were adopted by the Obama administration.
Mogahed also serves as a nonresident senior public policy scholar at Issam Fares Institute for Public Policy and International Affairs at the American University of Beirut, and was chosen a World Economic Forum Young Global Leader. Her experience began as founder and director of a cross-cultural consulting organization in the U.S. that offered workshops and other programs addressing diversity and cultural understanding. Mogahed joined with John Esposito in co-authoring the book, “Who Really Speaks for Islam? What a Billion Muslims Really Think,” a work compiling many years of research and interviews with or related to Muslims from more than 30 countries.

Q: Your career began as a researcher in marketing products for Procter and Gamble but progressed to social work and research related to Muslims. How did you progress to these types of roles from your position at Procter and Gamble?
A: My position at P&G taught me the art of applying science to the study of human behavior. I took this passion for research into my MBA and when I graduated, I joined Gallup. At Gallup I was able to live my dream of helping the world understand Muslims by giving them a voice through rigorous survey research.

Q: What was the motivation or incentive that drove you towards this path?
A: My motivation was to be a bridge and a ‘translator’ between Muslims and the broader society. I always played this role in different ways though the means changed throughout my career.

Q: You co-authored a book “Who Speaks for Islam? What a Billion Muslims Really Think?” What impact do you feel this book has made on bridging the gap between Muslims and non-Muslims, particularly the understanding of Muslims by non-Muslims?
A: I think the book’s biggest impact was in changing the conversation regarding Muslims and violence. The book dispelled the myth that religion was the problem and showed clearly that it was politics and not [some misguided] piety that drove the small fringe who condoned violence.

Q: What were the most challenging criticisms to the book that you have had to respond to?
A: The most challenging criticisms were ones that simply dismissed the entire book because they claimed Muslims lie to pollsters. My response to this claim is it is pretty hard for so many people in so many countries to agree on a common lie. Polling is not perfect by any means, but the best way to understand what people think is still to ask them and then listen.

Q: We have seen rises and falls in the wave of Islamophobia that has spread across many different regions. What is your understanding of the current situation of Islamophobia, especially in terms of its intensity?
A: It is important to understand that anti-Muslim prejudice is largely manufactured by an industry of well-funded organized activists. It intensifies around war and elections, not just terrorist attacks. This means that it is more than a response to bad Muslims doing bad things. It is also a product of a media campaign meant to instill fear and hate to forward a political agenda. I think it is going to get much worse as the 2016 election starts to heat up.

Q: Our focus, as a Muslim-American community, is to change the currently negative narrative about Islam and Muslims that we have been witnessing lately. In what areas do you feel our community needs to expend more effort and development to achieve this goal?
A: We need to do two things: We need to offer a human narrative of Muslims and continue to unapologetically explain Islam as it is. And we need to challenge the bigotry and call it out and this includes the incessant and never-ending demand to have Muslims condemn terrorism. We can’t do one without the other.

Q: What are some insights about the perceptions of Islam and the Muslim communities that you have come across in your work at the Gallup Center for Muslim Studies that are relevant to the Islamophobia crisis we constantly see around the world? You can share with us insights about what has fostered the misunderstanding of Islam/Muslims as well as the actions taken that have helped reduce the public’s negativity about Islam.
A: One of the major ones is what I mentioned earlier [about the myth regarding Muslims and violence]. Another is that Muslims around the world want democracy and see it as a key to Muslim progress. Yet another is that men who support women’s rights are neither more or less religious than men who do not support women’s rights. The main difference is their education and their own employment. When men are more educated and have greater well-being, they support women’s rights.

Q: Of all your efforts that you have executed in the past, which do you feel was the most effective in helping the public to better understand Muslims?
A: My best and proudest achievement was befriending and, I hope, educating Howard Gordon on Islam and Muslims. He is an American television writer and producer, and the screenwriter for [the television series] “24.” He went on to write much more human depictions of his Muslim characters.

Q: To the aspiring younger generation, what advice would you provide to help them continue the efforts for better understanding between communities of all backgrounds? Where should their focus be and what assets should their development be focused on?
A: Young people should first ground themselves in a mad love for Islam. If it isn’t there they can’t convey it to others. Then they should explore their own talents and do what they do best, letting God’s hand guide their path. If their eyes are set on the right mission, they will find that the best road will unfold before them.

Q: The recent situation in France was a tragedy for Muslims in the sense of how much Islamophobia it has generated on top of what we were already experiencing. Yet, in my personal opinion, I think sometimes tragedy leads to an explosion of hate followed by a proactive measure by the public to contemplate on the situation and really question whether what they hear from media is true or exaggerated. And in turn, this actually leads to more understanding of Islam and Muslims eventually. For example, the event of 9/11 elevated Islamophobia but it also had copies of the Quran flying off the shelves and people converting to Islam as they discovered what it really was. So in conclusion, do you feel that outcome is possible here? In other words, what do you feel will be the outcome of this tragedy in terms of the situation of Islam, Muslims, and Islamphobia?
A: The shooting was tragic in every way. I hope that good things can come from terrible tragedies but it is not clear if this will occur. The issue in France is that racism that would make us cringe in the U.S. if it were applied to our racial minorities, is hailed as a symbol of progressive modernity in France. France needs to evolve and join the modern world. Their problem is not being “too free” or “too modern” but instead backward and bigoted. Unless France reforms and modernizes, the hate will only worsen. 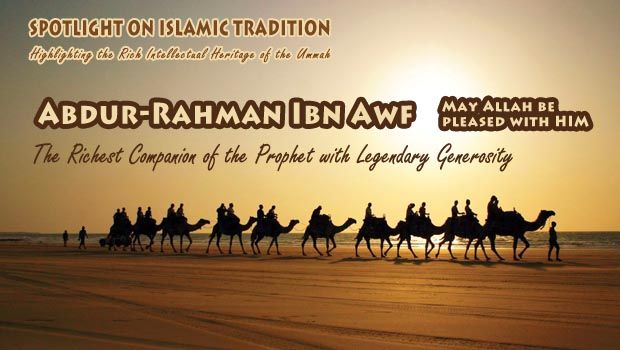