I embraced Islam at the age of 20, alhamdulillah, and that was a turning point in my life. It was only a few months before my 21st birthday, which my non-Muslim friends had expected I would usher in by going to a nightclub and purchasing alcohol legally. They were shocked to discover I became Muslim and that I had no intention of accepting their invitations to go out and party. Those same friends began to retreat from my life like wounded soldiers from a battle they could no longer fight. This was my very first test of faith. The youth coordinator that facilitated my shahadah (testimony of faith), had warned me that I would be afflicted with trials after embracing Islam. Abandonment was one of them. He described it as Shaytaan’s desperate attempt to deter me from surrendering to my true purpose of worshipping the Creator.

After almost two decades, the struggle continues and now the tests have taken different forms. Once Shaytaan realizes that he cannot turn us back on our heels, he makes us waste time, until we realize that years have passed, and we have neglected our duties. There is a saying that goes, “Age is nothing but a number,” but the age of forty has special significance in Islam. Regarding aging, Allah says in the Qur’an, “… until, when he reaches maturity and reaches forty years, he says, ’My Lord, enable me to be grateful for Your favor which You have bestowed upon me and upon my parents, and to work righteousness of which You will approve, and make righteous for me my offspring. Indeed, I have repented to You, and indeed, I am of the Muslims’” (Qur’an, 46:15).

Considering this verse, I have learned to appreciate the wrinkles and dark circles under my eyes, and other changes that come with aging. Instead of them being something to be ashamed about, they are badges of honor, a testament to my experiences, good and bad, and the knowledge I have gained as a result. It also means that soon I will have lived more of my life as a Muslim than as a non-Muslim. The verse above highlights the significance of reaching this milestone and exhorts us to be grateful and enter into this time period in full humility and submission, hoping for the pleasure of the Most High. We are reminded that our days are numbered, and as such, we should be focused on our ultimate destination.

There is no better example about the immense meaning of the age of forty than the fact that Allah mentions it in the Qur’an and that He commissioned Prophet Muhammad, peace be upon him, at that exact age. Prophet Muhammad (pbuh) used to spend long periods of time in deep reflection in the mountains around Makkah, and finally received his first revelation from Allah while in the cave of Hira in his fortieth year of life. As we know, Prophet Muhammad lived an exemplary life both before and after attaining prophethood, but it is interesting that he began receiving revelations at age forty. Ibn Kathir said in his Tafsir of the Qur’an, regarding verse 15 in chapter 46, that when a man (or woman) attains forty years, his “complete intellect, understanding, and patience reach the level of maturity.”

While I have not celebrated a birthday since becoming a Muslim, at least not in the traditional sense, my non-Muslim family still call me or send me messages to congratulate me, and I still receive occasional gifts. When I was younger, I would jokingly (half joking, half serious) ask them, “Why should we celebrate when I am a year closer to my death?” The reality is that our final breath is approaching every time we inhale, and each minute we remain on the Earth brings us a step closer to our grave as we exhale. Hasan al Basri, may Allah have mercy on him, is quoted as saying, “You are nothing but a number of days, and whenever a day passes away, a part of you passes away.” Prophet Muhammad (pbuh) also mentioned that the average lifespan of his followers is from sixty to seventy years (Tirmidhi). Thus, once we reach forty, we should endeavor to prepare for our departure from this world.

People seldom speak of death; it is a subject that makes many of us feel uncomfortable. It is the elephant in the room for every human being, waiting, lurking, our only guarantee in this unpredictable world. Nevertheless, we must face our mortal reality, and the Prophet (pbuh) taught that we should “Remember often the destroyer of pleasures.” This reminds us that we should not busy ourselves with entertainment and seeking mundane success and happiness, for when our soul departs, the fruit of our labor will be lost except for whatever we put forth of worship and good deeds. Our legacy depends on acts of righteousness that keep on giving, such as ongoing charity, beneficial knowledge, and the prayers of our righteous offspring.

This led me to reflect on and evaluate my journey on the path of Islam over the years. What have I gained? What have I lost? Where could I have improved? What can I do now to remedy any damage done? In this self-assessment, I hope to find motivation to better myself as a Muslim, as a daughter, as a sister, as a mother, as a wife, and as a person, with Allah’s help and guidance. I also want my readers who are under forty to reflect on their own experiences and instead of waiting until forty to improve, start right now. If Allah so wills, once you do reach this huge milestone, you will have less regrets and more triumphs. For those my age and beyond, perhaps you can share your own words of wisdom with your children and with our younger generations, as our predecessors have done for us. Hasan al Basri said, “The world is three days: As for yesterday, it has vanished along with all that was in it. As for tomorrow, you may never see it. As for today, it is yours, so work on it.”

This beautiful quote teaches us that we should not dwell on the past. Our lives are what Allah has willed, and every experience has shaped us to become the inevitably flawed but always hopeful and determined human beings that we are today. Prophet Muhammad, peace be upon him said, “Regret is part of repentance” (Ibn Majah). So, we will have regrets, about time wasted, opportunities lost, and mistakes made. However, instead of allowing our pangs of conscience to consume us, we can use them as a reminder that we still have time to make amends. As long as we are living and breathing, we can turn back to our Lord. The Messenger of Allah, peace and blessings be upon him, said, “Take advantage of five before five: your youth before your old age, your health before your illness, your riches before your poverty, your free time before your work, and your life before your death” (Al Hakim). 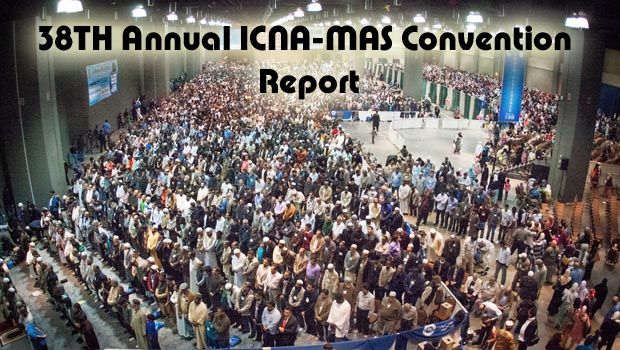