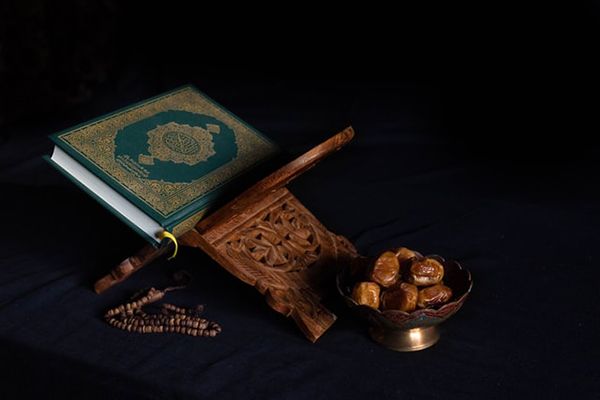 Every Ramadan, we are reminded about the verse of fasting (2:183) and other verses that guide us to the objective of taqwa. And every Ramadan we need to reaffirm our understanding of the comprehensive facets of taqwa, for ourselves, our families, and our communities, so that we are aiming for its bountiful scope, not just one or another of its aspects.Consider the following three verses of the Qur’an. Allah says:“O you who believe, have taqwa of Allah as His right upon you” (3:102); and He says,“O you who believe, have taqwa of Allah, and let every soul reflect on what it has sent ahead for the afterlife” (59:18); and “O you who believe, fasting has been obligated upon you as it has been obligated upon those before you so that you may gain taqwa” (2:183).

Taqwa is translated variously as God-consciousness, fear of God, being in awe of God, awareness of God, mindfulness of God, and conscious obedience to God. However, the Arabic term ‘taqwa’ is far more extensive and multi-faceted than the narrow translations found in one or two English words. One can understand the various facets of taqwa based on the verses of the Qur’an, the authentic aḥadith, and the commentary of the companions (r) of the Prophet (s) and scholars of Islam throughout the ages.

Taqwa is to be mindful and conscious of Allah, recognizing His Majesty and Perfection, acknowledging one’s status as a human being in need before the Creator, and recognizing the importance of submission to Allah out of love, hope, and fear, all with a consistent equilibrium. Thus, the internal state of taqwa leads to external manifestations such as obeying Allah’s commands, staying away from His prohibitions, and regularly reviewing one’s actions in order to progress towards Allah. Taqwa is a safeguard against complacency in this life; it is a fortress against sinning without remorse; it is to protect oneself with cautiousness in everyday life, so that nothing risks harming one’s relationship with Allah and, consequentially, one’s place in the afterlife.

Taqwa is a shield, but it is not inert like a physical shield. It is a dynamic consciousness, a vitality infused into the believer’s soul so that he or she sees broadly and minutely while walking in a field of thorny bushes, walking cautiously so that they are not harmed by the prick of the thorn. Taqwa is a protection against recklessness whether with one’s thoughts or actions,or with choosing one’s companions or environment.Taqwa is to be so aware of one’s purpose in this life, and of Allah’s Perfection and Majesty, that the only reasonable lifestyle in this temporary and relatively insignificant world is that of awareness and vigilance.There is an adage that a prudent caution precedes wisdom.

A Healthy Fear that Is Part of Taqwa

Oftentimes, taqwa is wrongly taken to be a type of fear that is so debilitating that an adherent is living with excessive paranoia and spiritual paralysis. While fear is healthy to have in the proper proportion, it must be coupled with hope in the mercy of Allah, to the extent that one always recognizes their ultimate need for Allah’s mercy regardless of how often they repent or do good. Taqwa is to be so mindful of Allah that one’s actions change for the better.In the modern world, when people know they are being recorded, they tend to be more conscious of what they say or do.

Then what about the mindfulness we should practice in the sight of Allah, Al-Basir, the All-seeing, and the effect this should have on our lives? While taqwa has within it the aspect of fear, everything in Islam is imbued with a healthy apportionment. What, then, is the healthy type of fear that accompanies taqwa with regards to our lives as believers?

The component of fear in taqwa is multifaceted: it is fear of misguidance, fear of shortcomings in good deeds, fear of sinfulness, fear of God’s anger, fear of the hellfire — fear of any and all things that can result in ultimate and eternal loss. This fear, however, must be coupled with recognition of Allah’s vast mercy, as He promises to forgive the sinner every time he or she sincerely repents – and that sincerity is demonstrated by stopping the sin, having remorse, and intending to never return to the sin again. Allah’s mercy is so explicit that no believer can reasonably fall into paranoia and debilitating fear unless they have failed to reflect upon His mercy.The All-Merciful says, “O my servants who have transgressed upon themselves in sins, do not lose hope in the mercy of Allah, for certainly Allah forgives all sins. Indeed, He is the All-Forgiving, the Ever-Merciful” (39:53). Further, Allah says in a hadith qudsi, “O son of Adam, were your sins to reach the clouds of the sky and then you asked forgiveness from Me, I would forgive you” (Tirmidhi). Grasping the vast mercy of Allah prevents a believer from experiencing the fear of Allah in such way that it is paralyzing, preventing him or her from thriving mentally and emotionally. That is why it is so crucial for every believer to recognize the formula for equilibrium: it is to worship Allah out of true love and humility, with a balance between fear because of one’s shortcomings and hope for Allah’s mercy.

The opposite extreme is when believers ignore the element of fear in taqwa and thus, they typically find themselves disregarding Allah’s prohibitions, ignoring His commands, missing some (or all) obligations, and thinking only of Allah’s mercy while ignoring the balancing weight on the other side of the scale:“Inform My servants that I am the Ever-Forgiving, the Ever-Merciful; and that My punishment is the most painful punishment” (15:49-50).

Taqwa is to recognize Allah’s right over His creation, and as a result to humble oneself and follow His command. Taqwa is what leads the humble, wise, human being to recognize that true success and salvation cannot be achieved without Allah’s vast mercy, but that it is Allah’s right that He be worshipped and His Oneness not denied, praised and His guidance not forgotten, called upon in need and His punishment not downplayed.Imam Ibn al-Qayyim says: “Such a person [of taqwa] will be convinced that he cannot rely on his actions, lest he be destroyed. Many people think about their rights over Allah and not about His rights over them. This is how they are detached from Allah and deprived of the desire to meet Him. This is the epitome of ignorance of their Lord and of themselves.”

The Path to Taqwa

If taqwa is a necessary shield, fortress, lifestyle, mindfulness, and a condition of salvation and success, then it is only reasonable that every believer should strive to become a muttaqi, or one who has taqwa. Taqwa comes through holding oneself accountable in this world by reflecting on one’s thoughts and actions, before one is held accountable on the Day of Judgment. Taqwa comes through recognizing that this life is the only opportunity for good deeds – the currency of success! – and that the Day of Accountability is for justice, whether reward or punishment, with no more opportunity for good deeds. It was Umar (r) who said, “Hold yourselves accountable before you’re held accountable, and weigh your deeds [by reflecting on them] before they are weighed [on the Day of Judgment].” Similarly, Al-Hasan al-Baṣri (r) said: “Those who frequently hold themselves accountable in this life find their accountability in the next life easy, and those who take this matter lightly will find their accountability very heavy and difficult in the next life.”

Taqwa is to check oneself frequently by reflecting and measuring. What is measured is oftentimes managed, and what is measured oftentimes progresses. What greater thing to measure — to manage and to facilitate progress — than one’s own journey to Allah? Taqwa in everyday life is to avoid the consumption of anything damaging to one’s journey to Allah such as watching inappropriate videos, movies, orany other form of improper entertainment, or listening to anything displeasing to Allah, or reading that which distances oneself from Allah’s mercy.Taqwa is to choose one’s environment cautiously and one’s friends carefully, in the hopes of finding support on one’s journey to the Ever-Merciful.

Imam al-Ghazali (r) wrote,“It is incumbent on every person who believes in Allah and the Last Day that he should not be oblivious of self-accountability. Every breath of life is a precious jewel which can buy eternal treasures. Wasting these breaths or using them for detrimental purposes is such a great loss which no intelligent person could justify.” It was reported that Umar (r) donated a valuable piece of land when he missed Asr prayer in congregation, and that his son, Ibn Umar, used to pray qiyam all night if he missed a prayer in congregation. Thus, disciplining the self when one falls short helps to raise the believer in rank, to preserve the default level and standard of taqwa, and to experience true liberation from worldly desires and attachments, all while connecting to Allah the Ever-Merciful.

Taqwa puts a proper order and proportion in one’s life, giving the believer a means to facilitate and measure his progress on the journey to Allah. Taqwa reminds the believer of Allah’s punishment while, at the same time, relieving the believer of distress by assuring him of the incomparable grace and power of Allah’s mercy. Taqwa is remembrance that Allah’s mercy is available so long as one ascribes no partner to Him and calls upon Him with true sincerity of repentance. “…And whoever has taqwa of Allah, He will make for him a way out. And He will provide for him from where he could not imagine. And whoever puts his trust in Allah, sufficient is He for him. For Allah will surely accomplish his purpose. Verily, Allah has set for all things a measure” (Qur’an 65:2-3).

This Ramadan, let us fortify, through remembrance and reflection, a broad understanding of taqwa and then strive for its fullest application in ourselves, our families, and our communities. 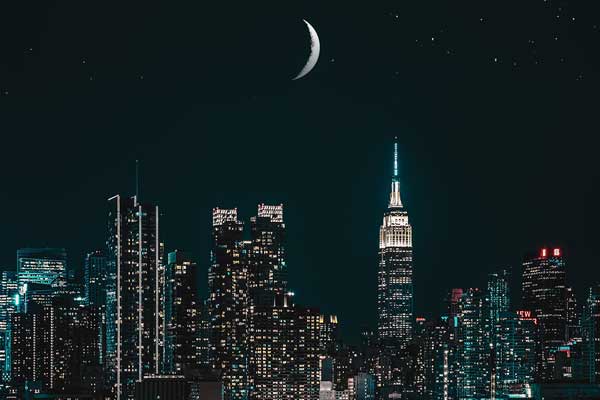