In 1998, a group of brothers from the Islamic Circle of North America’s New Jersey chapter got together with a desire to spread the true message of Islam to their American neighbors. They wanted to provide authentic information about Islam directly from the primary source, the Quran. Many ideas were floated and finally it was suggested to secure a toll-free number which people from all over America could call and talk to a Muslim. This would open channels of communication between American Muslims and their fellow citizens, many of whom never get to talk to a Muslim in their daily life, and most are shy to walk into a mosque to ask questions. The phone line would provide opportunity for dialogue with a Muslim, allowing any and all questions to be asked, as well as dispelling misconceptions about Islam and Muslims. Many names were discussed for the hotline and an associated website and finally a name was agreed upon: WhyIslam.

This name was selected to create curiosity in the minds of Americans about the beliefs and practices of Islam, a religion with over a billion followers globally. Islam is the fastest growing religion in the world and, according to the Pew Research Center. Muslims are set to overtake Christians as the world’s largest religious group in the second half of this century.

It was not easy to secure the toll-free 800 number for Whyislam as an Ahmadiyyah group already had bought the 1-800-Whyislam number. It was decided to go with 1-877-Whyislam, to go along with the website www.whyislam.org. Since 1999, the toll-free number 1-877-Whyislam has provided service to callers in both English and Spanish. Initially very few calls would come in, as the hotline was not widely known, and we did not have the funds to advertise much. We did set up dawah booths and stalls at various shopping malls and parks as a way to promote the toll-free number. Over time, we also advertised in newspapers and magazines and on buses, radio, TV, and the internet. So, from a humble beginning twenty years ago of only a few calls a month answered by one volunteer, to currently almost 800 calls per month, is a great achievement. Alhamdulillah! Today 50 percent of our callers are repeat callers who have additional questions or want to engage in further discussion with a Muslim as they seek more knowledge about the religion.

With regard to the WhyIslam website, the content and tech teams have worked enthusiastically over the past two decades to develop a really professional and user-friendly website with informative articles about Islam and Muslims, on foundational Islamic teachings, as well as articles on various relevant topics including the strength of character of Prophet Muhammad (pbuh), ethnicity in Islam, the Medina Charter and its representation of peace and pluralism, how the Quran has been preserved throughout the centuries, and so much more. Visitors to the website can order free brochures in English, Spanish, or Chinese, as well as an English translation of the Quran. They can also request one-to-one email correspondence with an associate or a mosque tour in their area. The WhyIslam website has been in the top ten websites about Islam and Muslims when searched on Google and other search engines. Alhamdulillah, we have distributed millions of Qurans and brochures over the past two decades throughout the United States.

A Dedicated Team of Volunteers

WhyIslam has a dedicated team of 24 volunteers taking calls on the hotline round the clock, 365 days a year. Our team includes bilingual associates who can also take calls in Spanish. The team receives ongoing training, in professionalism and courtesy as well as in Islamic knowledge, by an experienced and well-qualified Imam. He provides regular feedback by listening to recordings of the calls in order to ensure the highest quality service. Due to a high turnover of hotline volunteers, it is a constant challenge to recruit and train new volunteers.

Although the hotline is based in New Jersey and run by the ICNA-NJ chapter, volunteers are from ICNA chapters across the nation. Initially calls were taken from all over the U.S. and Canada. Starting in 2010, we have also taken calls from the U.K. and Australia. In 2014 we started taking calls from France as we added a French-speaker to our volunteer roster. Toll-free numbers were acquired in those countries and then calls are routed to the headquarters in New Jersey. Alhamdulillah, we are now a global dawah hotline taking calls from three continents and five countries.

Our volunteers, located in fifteen cities in nine different states, answer questions about Islam, as well as take orders for free literature and English translations of the Quran. If a particular caller wants to visit a mosque, then our volunteers arrange their visit with local masjid volunteers; or if the caller wants to take shahadah, then they facilitate that for them. For any individual who takes shahadah, the WhyIslam associate also arranges for a mentoring process by taking the revert’s contact information and passing it on to local volunteers in the revert’s area. Alhamdulillah, we have been having almost one shahadah a day on our hotline for the past decade. A Google search for a Muslim hotline or Islamic hotline shows our website and hotline as the first entry on the results page. This is due to the hard work of all brothers and sisters in WhyIslam who, over the last two decades, have worked tirelessly to make WhyIslam a known and trusted name across the country.

A huge spike in interest was after 9/11 when many Americans were curious to learn about Islam and read the Quran. Since then we have seen a rise in bulk orders as people have ordered in large quantities in order to distribute in their local area. Whyislam undertook an immense dawah challenge by going to Brazil during the 2014 World Cup to distribute free literature to soccer fans and local residents, as well as to set up a toll-free hotline there, operative during the six-week tournament. We got some calls on the hotline, taken by our U.S. associates in Spanish as well as in English. We set up dawah booths outside the soccer stadiums and distributed thousands of free brochures and free Quran translations in Spanish as well as English.

WhyIslam has also created many major billboard campaigns across the U.S., disseminating various messages and themes such as “Islam: The Message of Abraham, Moses, Jesus and Muhammed” or “Muhammed always taught Love, Not Hate; Peace, Not Violence.” Another one features three women from different faiths wearing a headscarf, with the caption, “They wore it for the same reason.” The billboards offer viewers a free Quran and encourages them to call 877-WHY-ISLAM or visit www.whyislam.org.

WhyIslam also organized a Global Dawah Day on July 4, 2014. Across the country, in many different cities, dawah booths were set up and street dawah was done by small teams of volunteers spreading out in groups of three or four individuals to initiate and engage with passers-by about Islam and providing free brochures and the Quran to those interested. Today we have brochures in four different languages (English, Spanish, Chinese, and French) and Quran translations in English and Spanish, along with a sister website in Spanish for our Latino neighbors and friends to learn about Islam.

WhyIslam started off with just a few volunteers. It has now grown to a major dawah organization with over a thousand volunteers and hundreds of chapters in many cities across the nation. All are busy in promoting the truth about Islam, working to remove misconceptions and confusions about the religion and its followers. The WhyIslam team started from humble beginnings and built, for the sake of Allah SWT, a well-run and professional outreach organization with countless volunteers and many employees. They diligently, and with devotion, manage daily dawah operations. What has been attained to date is a great and satisfying accomplishment, alhamdulillah. It has been a long journey thus far, but the road ahead is a challenging one as Islamophobia needs to be continually confronted and dismantled in today’s world.

Future plans are to further expand dawah into additional languages so as to facilitate outreach to as many communities as possible. We also plan to do more dawah tours across the nation by visiting various communities and offering street dawah. There are plans to acquire a vehicle to transform it into a mobile dawah station, with teams going on the road to visit various cities across the nation. May Allah SWT accept all our efforts and always guide us to do the right thing for His deen. 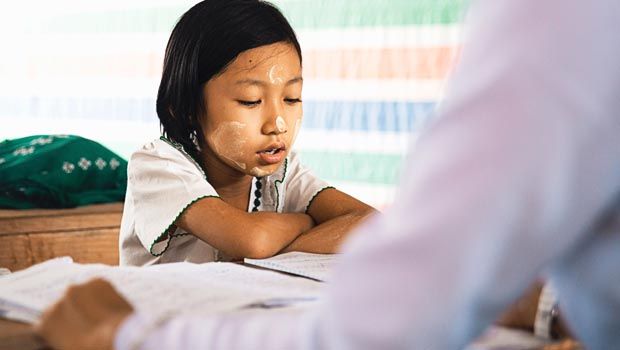 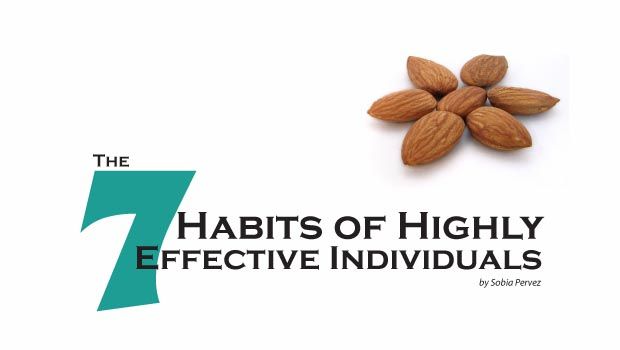 The 7 Habits of Highly Effective Individuals