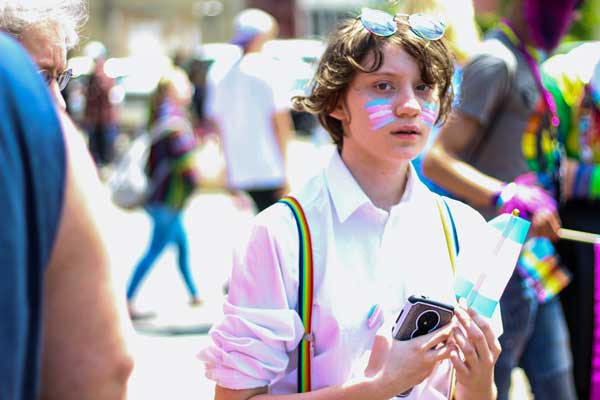 Abigail Shrier wrote a book, “Irreversible Damage: The Transgender Craze Seducing Our Daughters.” She makes it clear in the book that she is not writing about whether transgender individuals legitimately exist (she believes they do) or whether a person should or should not be able to change their gender (she supports an adult deciding to medically transition from their biological sex to the opposite). Her book, however, is focused on the question of why there is an astronomical number of young people, mostly girls, who are declaring that their biological gender is wrong and that they want to be reassigned the opposite gender.

It should be mentioned at the outset that there are cases that fall outside the gender binary category. According to a study published in 2019 in the Journal of the Endocrine Society, newborns with ambiguous genitalia (intersex) is 1.3 in 1,000. Included are babies whose external genitals are not clearly male or female or the external genitalia do not match the internal reproductive organs. There are various intersex conditions. Intersex, however, is distinguished from transgender. A transgender individual feels that their gender identify is different from their biological sex which was clearly determined at birth. It is for Muslim scholars, research scientists, and doctors to provide the Islamic position regarding cases of intersex or transgender individuals.

It is also important to state clearly that nothing conveyed in this article is intended to condone or encourage discrimination against any person or group, including transgender individuals. This article is focused only on a radical transgender ideology and activism that is prevalent on the far left in the U.S. today.

In Shrier’s book, she wonders why “gender reassignment [is]skyrocketing in the United States, Canada, Scandinavia and Europe? In Great Britain, it’s up 4,400% over the last decade.” This topic — given the data and the position of most regular people that there are two biological sexes — would be a fundamentally legitimate area to investigate. The reaction to her book, however, by transgender activists, “woke” radicals, and even some liberal-leaning organizations, is to excoriate her and call for her book to be banned. She writes:

“Yet since publication, I have faced fierce opposition — not just to the ideas presented, challenged, or explored — but to the publication of the book itself. A top lawyer for the ACLU called for it to be banned. Powerful organizations like GLAAD [Gay & Lesbian Alliance Against Defamation] have lobbied against it and pressured corporations — Target and Amazon among others — to remove Irreversible Damage from their virtual shelves.”

Muslim parents should be aware of what is happening on social media, in many schools, in the medical profession, and in American society in general with regard to this phenomenon. The following points might compel some readers to do their own research into this topic and thus realize that this is not of small significance or a transitory trend:

Harmful outcomes from the denial of biological sex and gender are increasing. Examples include the following:

There are now “drag kids” like a 9-year-old boy who calls himself Queen Lactatia, dresses like a female to perform on social media, and is showcased in advertisements for the House of Mann, a fashion brand that creates “luxury clothing and costumes for the LBGTQ+ community.” An article in teenVOGUE asserts that Queen Lactitia “inspires us to live colorfully.”Take this moral degradation further (this is not directed at transgender individuals; it is directed at radical left ideology) and we get an academic named Allyn Walker who wrote a book “A Long, Dark Shadow: Minor Attracted People and Their Pursuit of Dignity.” She advocates replacing the term “pedophile” with “minor-attracted persons.” She asserts that this can destigmatize pedophiles since, in her estimation, many who are attracted to minors don’t actually prey on or attempt to engage in sex with them. The radical far-left is engaging on many fronts that coalesce to sexualize children.

There is an easy slide from the reality of intersex individuals to the biology-denying radical transgender ideology. All it requires is an assertion that binary sex is a social construct and, therefore, each and every individual is free to choose a male identity or a female identity, “regardless of genetics or anatomy.” The authors of an article in the Wall Street Journal make this point. Evolutionary biologist Colin M. Wright and developmental biologist Emma N. Hilton also state:

“There is a difference, however, between the statements that there are only two sexes (true) and that everyone can be neatly categorized as either male or female (false). The existence of only two sexes does not mean sex is never ambiguous. But intersex individuals are extremely rare, and they are neither a third sex nor proof that sex is a “spectrum” or a “social construct.” Not everyone needs to be discretely assignable to one or the other sex in order for biological sex to be functionally binary. To assume otherwise—to confuse secondary sexual traits with biological sex itself—is a category error.”

Preparing Children: Make Them Aware of the Radical Agenda

A publication of The Heritage Society, The Daily Signal, features an article by Amy Haywood who notes that children who are brought up believing that there are two genders, male and female, are facing difficult situations at school. She advises that “…it would be wise for parents to formulate a plan to anticipate these scenarios with their children before they are caught by an activist teacher or school. Some good questions to think about with your children are:

Muslim parents should be aware of the potential harms that their children might face in being exposed to this radical agenda — through social media, their peers, schools, and tv and film — that promotes gender-by-choice. Seeing gender as a social construct, a fluid continuum that abjures biological reality, is creating a mixed-up generation who will have a very hard time figuring out who they are. Rather than teaching children that only they know what their gender is, humans should be teaching children to be God-conscious, moral, and decent. The radical left agenda is divisive. Truth is universalizing and uniting.

“O humankind! We have created you from a male and a female and have made you nations and tribes that you may know one another. Verily the most noble of you, in the sight of Allah, is the most righteous of you. Verily Allah is All-knower, All-aware” (Qur’an 49:13).