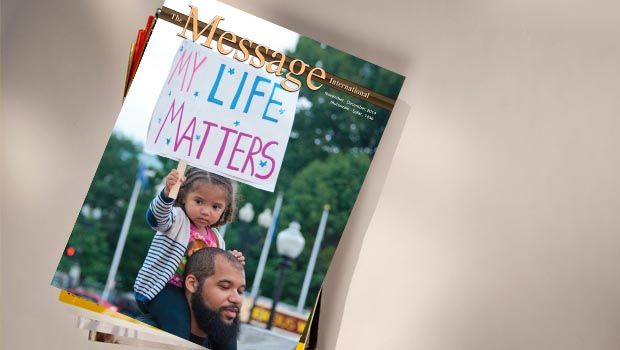 Following the fatal shooting in Ferguson on August 2014 of an unarmed African American teenager, Michael Brown, by white police officer Darren Wilson, protests were sparked in Ferguson. The protests spread nationwide in November when a Missouri grand jury decided not to indict Wilson and then the soon-to-follow decision not to indict the Staten Island police officer who put a chokehold on Eric Garner, resulting in his death. The killing of Michael Brown, along with other similar incidents throughout the country, has heated up a debate about racism, excessive force by police officers, and the targeting of young black men. Some Americans are asking the hard questions: Where do we go from here? How can we stop this heinous extrajudicial killing of African American males by law enforcement in the streets of our cities? More fundamentally, how can we as a nation address racism and improve race relations in America?

A Guardian columnist, Isabel Wilkerson, has recently noted, “Not terribly long ago in a country that many people misremember, if they knew it at all, a black person was killed in public every four days for often the most mundane of infractions, or rather accusation of infractions – for taking a hog, making boastful remarks, for stealing 75 cents. For the most banal of missteps, the penalty could be an hours-long spectacle of torture and lynching. No trial, no jury, no judge, no appeal. ” While America has come a long way from that horrific stage in its history, one wonders if we are regressing. How is it possible that coming well into the new century, the rate of police killings of black Americans is nearly the same as the rate of lynching during a time when blacks were denied due process and whites discriminated against and victimized them with impunity?

Isabel Wilkerson has also said, “ Even though white Americans outnumber black Americans fivefold, black people are three times more likely than white people to be killed when they encounter the police in the US, and black teenagers are far likelier to be killed by police than white teenagers.” Imam Khalid Griggs has rightly observed: “Ferguson and St. Louis, Missouri are, unfortunately, not aberrations, but social barometers of the relationship of the law enforcement community to African American males nationwide. Urban enclaves have too often been reduced to being incubators for the Prison/Industrial Complex and its voracious appetite to incarcerate Black males.”

The tragedy in Ferguson makes it imperative that Americans of all races and backgrounds call for national action to address the issues of systemic racism and police profiling – issues that the shooting of Michael Brown brought to the surface. That these issues have been simmering for a long time is without question, and we must be willing to confront racism, whether overt or hidden away under the cover of political correctness. A position paper on racism put out by the Australian Psychological Society describes the challenge: “Modern racism still involves a rejection of minority groups and discrimination, but is now framed in terms of values and ideology rather than a straightforward dislike. Research has demonstrated that the modern variant of racism is more insidious, entrenched, resilient and difficult to counteract.”

If there is any good to have come out of the heartbreaking Ferguson incident is that many Americans now recognize what African Americans have been saying for a long time – that there is institutional racism and there is still much work to do to create a society in which people ‘’will not be judged by the color of their skin, but by the content of their character.’’ It is encouraging that President Obama has issued an executive order to establish oversight of the increasing militarization of police departments; it also calls for funding for body cameras for officers.

We urge all Americans to contact their elected officials to support passage of the End Racial Profiling Act (ERPA) and any similar legislation that addresses unconstitutional actions by law enforcement. We also call upon the Department of Justice to complete its independent investigation of the killing of Michael Brown in a transparent and thorough manner. We strongly feel that people of conscience in all walks of life must work together to seek an end to racial profiling and the injustices perpetrated against racial, ethnic, or religious minorities.

Last but not least, we would like to remind everyone that racism is primarily a moral and spiritual problem. The pathology of racism therefore requires a spiritual remedy at both the individual and the collective levels. We pray that our fellow citizens recognize this. Then we might all open our minds and hearts to the spiritual cure Islam freely offers. The Qur’an declares: “O Mankind, We created you from a single [pair] of a male and a female and made you into nations and tribes, that you may know one another. Verily the most honored of you in the sight of God is he who is the most righteous of you” (Qur’an 49:13). This is indeed divine wisdom that can break the vice grip of racism. The quicker we recognize this and submit ourselves to it, the better for all of us. 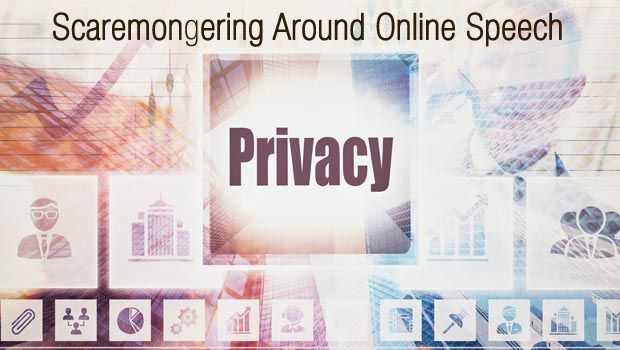