When Kofi Annan, the former Secretary General of the United Nations and Special Envoy to Syria, recently embarked on his peacemaking mission to Syria, most Syria watchers dubbed his task “mission impossible” due to the regime’s history of dogged entrenchment and defiance of world opinion. The skepticism seemed more than justified when the Assad regime rejected Annan’s appeals for unimpeded access to trouble spots by foreign observers and unrestricted cross border movement by international aid organizations. Since March 2011, the Assad regime has killed over 8,000 men, women, and children in a brutal attempt to suppress anti-government protests that simmered to a boil in the wake of the Arab Spring and regime changes in Tunisia, Egypt, and Libya. With over 7,000 registered refugees in North Lebanon alone, and an additional 4,000 south of Beirut, Syrians are attempting to flee to neighboring countries for safety. The plight of these victims is further complicated by the complex geo-political dynamics of the area where sectarian and tribal considerations often supersede government loyalty.

Since 1963, Syria has been ruled by the Assad family who are members of the 12 percent Alawite community, while 74 percent of Syrians are Sunni Muslims. Only ten percent are Christians, three percent are Druze, with statistically small populations of Ismailis and Yezidis, and a few Jews. Alawites claim to be a part of mainstream Shi’ism although they believe in the divinity of Ali ibn Abu Talib, the son-in-law and cousin of Prophet Muhammad (peace be upon him).The sect synthesizes tenets of Islam, Christianity, and Gnosticism and believes matter is evil and that emancipation comes through esoteric knowledge of spiritual truth, Zoroastrianism, and neo-Platonic thought. Alawites also believe that the five pillars of Islam are allegorical and not required beliefs and duties.

Political rule of Syria was established by Hafez al-Assad in 1963and has remained until now the Assad family business. Born in 1930 in the western Syrian village of Qardaha to a poor uneducated family, Hafez al-Assad was a young British Meteor jet pilot in the Syrian military when he joined the Arab nationalist Baath Party. He moved through the military ranks quickly, going from the rank of major to general within one year. Assad promoted himself to president in 1970 and then established an extensive network of spies, collaborators, and informers to work in conjunction with heavily-armed militias and paramilitary units. His unbridled brutality was on display in 1982 when he ordered the slaughter of approximately 70,000 men, women, and children in the Syrian city of Hama when they declared the city an Islamic state and voiced their independence from the Syrian government.

To guarantee loyalty, Assad filled key political and military positions with Alawites, heavily favoring social and economic development in areas populated by his sectarian loyalists. Assad made strategic alliances in the business sector with rich entrepreneurs in Damascus and Aleppo, thereby placing a stranglehold on the economy and ensuring that his family would be the primary beneficiaries of Syrian commercial activity. Assad provided for the minimum needs of the city dwellers while grossly neglecting the countryside, creating widespread disaffection for his iron-fisted rule.

When Hafez al-Assad died in 2000, his son Bashar al-Assad, was summoned by the family to return from London where he was a practicing, Western-educated ophthalmologist. Initially, the 34-year-oldBasharwas not considered the consensus choice by his relatives to run the “family business.” That distinction rested with his brother Maher, reputed to reflect more closely their father’s temperament and penchant for brutality. The family, however, ultimately selected Bashar as the nation’s next chief executive; but the matriarch of the family business is the wife of the late Hafez and mother of Bashar and Maher, Anisa Makhlouf al-Assad. The Syrian people had high expectations for Bashar as he immediately shut down the notorious Mezze Prison shortly after taking office, gradually releasing thousands of political prisoners and lifting the decades-long state of emergency for a brief period. Bashar’s flirtation with liberal rule proved to be short-lived as he reacted to government protestors with increased violence, detention, and torture.

An Opposition Coalition is Formed

The Syrian National Council (SNC), formed in 2011 during the uprising and currently based in Istanbul, Turkey, is presently the primary opposition group to the Assad regime. The SNC National Charter calls for an end to the rule of Syria by the al-Assad family and the establishment of a modern, civil, democratic state. Some Syrians and international observers, however, have voiced suspicion about the independence of the SNC as it relates to agendas of certain other countries. There are also doubts about Burhan Ghalioun, the group’s present leader and whether the SNC can mature into a coherent political opposition.

The group has tempered or changed many of its earlier pronouncements like not wanting to establish a no-fly zone or have direct military intervention by the international community. But the brutality of the government’s tenacious cling to power has astounded even the most anti-Assad opposition leaders. Yet, as previous Western interventions in countries like Iraq and Afghanistan have demonstrated, human carnage can increase when outside nations get involved in civil uprisings. All agree that the slaughter of the people of Syria must stop, but genuine intentions by those who intervene to alleviate the suffering of the people must not come at the expense of the sovereign right of the nation to safeguard its Islamic identity and its time-honored culture and traditions. There are no easy solutions or ready-made instructions on how to successfully remove brutal dictators, but the civil and political rights for the people of Syria and other similarly conflicted nations must be restored. 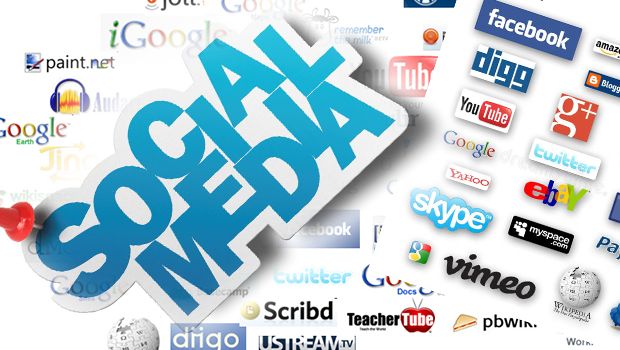