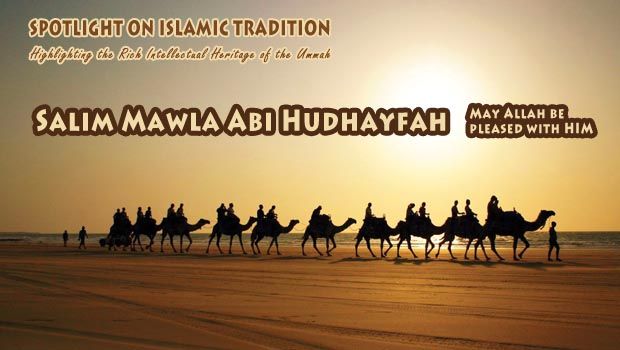 In giving advice to his companions, the noble Prophet, peace be on him, once said: “Learn the Quran from four persons – Abdullah ibn Masud, Salim Mawla Abi Hudhayfah, Ubayy ibn Kab, and Muadh ibn Jabal.” Here we will focus on Salim Mawla Abi Hudhayfah, one of the four companions mentioned, in whom the Prophet had so much confidence that he considered him a hujjah or competent authority to teach the Quran and be a source of reference for it. Salim was a slave and when he accepted Islam he was adopted as a son by a Muslim, Abu Hudhayfah ibn Utbah, who was formerly a leading nobleman of the Quraysh. When the practice of adoption (in which the adopted person was called the son of his adopted father) was banned, Salim simply became a brother, a companion and a mawla (protected person) of the one who had adopted him. Through the blessings of Islam, Salim rose to a position of high esteem among the Muslims, by virtue of his noble conduct and his piety.

In giving advice to his companions,  the noble Prophet, peace be on him, once said:  “Learn the Quran from four persons –
Abdullah ibn Masud, Salim Mawla Abi Hudhayfah,  Ubayy ibn Kab, and Muadh ibn Jabal.”

Both Salim and Abu Hudhayfah accepted Islam early. Abu Hudhayfah himself did so in the face of bitter opposition from his father, the notorious Utbah ibn Rabi’ah, who was particularly virulent in his attacks against the Prophet, peace be upon him, and his companions. When the verse of the Quran was revealed abolishing adoption, people like Zayd and Salim had to change their names. Zayd who was known as Zayd ibn Muhammad had to be called after his own natural father. Henceforth he was known as Zayd ibn Harithah. Salim however did not know the name of his father. Indeed, he did not know who his father was. However he remained under the protection of Abu Hudhayfah and so came to be known as Salim Mawla Abi Hudhayfah. In abolishing the practice of adoption, Islam wanted to emphasize the bonds and responsibilities of natural kinship. However, no relationship was greater or stronger than the bond of Islam and the ties of faith which was the basis of brotherhood. The early Muslims understood this very well. There was nobody dearer to any one of them after Allah and His Messenger than their brethren in faith.

We have seen how the Ansar of Madinah welcomed and accepted the Muhajirin from Makkah and shared with them their homes and their wealth and their hearts. This same spirit of brotherhood we see in the relationship between the former Quraysh aristocrat, Abu Hudhayfah, and Salim, who before becoming a Muslim was viewed by the Quraysh as a despised and lowly slave. Such is the unique greatness of Islam. Ethnic background and social standing are not signifiers of greatness in the sight of God. Only faith and taqwa bring distinction and elevation as the verses of the Quran and the sayings of the Prophet emphasize over and over again: “The most honorable of you in the sight of God, is the most God-fearing of you,” says the Quran. “No Arab has an advantage over a non-Arab except in taqwa (piety),” taught the noble Prophet. He also stipulated, “The son of a white woman has no advantage over the son of a black woman except in taqwa.” In the new society formed by Islam in justice and dignity for all, Abu Hudhayfah found honor for himself in protecting the one who had been a slave.

In this rightly-guided Islamic society which destroyed unjust class divisions and false social distinctions, Salim found himself, through his honesty, his faith, and his willingness to sacrifice, in the front line of the believers. He was the “imam” of the Muhajirin from Makkah to Madinah, leading them in Salat in the masjid at Quba which was built by the blessed hands of the Prophet himself. He became a competent authority in the Book of God so much so that, as mentioned above, the Prophet recommended that the Muslims learn the Quran from him. Salim was even further blessed and enjoyed a high esteem in the eyes of the Prophet, peace be on him, who said to him, “Praise be to God Who has made among my ummah such as you.” Even his fellow Muslim brothers used to call him “Salim min as-Salihin,” Salim one of the righteous. The story of Salim is like the story of Bilal and that of many other slaves and poor persons whom Islam elevated from slavery and degradation and made them, in the society of guidance and justice, imams, leaders, and military commanders.

Salim’s personality was shaped by Islamic virtues. One of his traits was his outspokenness when he felt it was his duty to speak out, especially when a wrong was committed. A well-known incident to illustrate this occurred after the liberation of Makkah. The Prophet sent some of his companions to the villages and tribes around the city. He specified that they were being sent as du’at to invite people to Islam and not as fighters. Khalid ibn al-Walid was one of those sent out. During the mission, however, to settle an old score from the days of jahiliyyah, or ignorance, he fought with and killed a man. Beyond the fact that the Prophet had instructed them to invite to Islam, not to fight, the man had even made it known that he was now a Muslim. Accompanying Khalid on this mission was Salim and others. As soon as Salim saw what Khalid had done, he went up to him and reprimanded him, listing the mistakes he had committed. Khalid, the great leader and military commander both during the days of jahiliyyah and now in Islam, was silent. Khalid then tried to defend himself with increasing fervor. But Salim stood his ground and stuck to his view that Khalid had committed a grave error.

Salim did not look upon Khalid as an abject slave would look upon a powerful Makkan nobleman. Not at all. Islam had placed them on an equal footing. It was justice and truth that had to be defended. He did not look upon him as a leader whose mistakes were to be covered up or justified but rather as an equal partner in carrying out a responsibility and an obligation to act according to the instructions of the Prophet. Neither did he come out in opposition to Khalid out of prejudice or passion but out of sincere advice and willingness to censure when criticism was needed and appropriate. Such sincerity and straightforwardness are repeatedly emphasized by the Prophet himself when he said: “Ad-dinu an-nasihah. Ad-dinu an-nasihah. Ad-dinu an-nasihah.” “Religion is sincere advice. Religion is sincere advice. Religion is sincere advice.” When the Prophet heard what Khalid had done, he was deeply grieved and made long and fervent supplication: “O Lord, I am innocent before You of what Khalid has done.” And he asked: “Did anyone reprimand him?” The Prophet’s anger subsided somewhat when he was told: “Yes, Salim reprimanded him and opposed him.”

Salim was never slow or negligent in his worship nor did he miss any campaign. The strong relationship based on faith between him and the Prophet and all the companions, and which existed between him and Abu Hudhayfah, grew with the passing days. When the Prophet, may God bless him and grant him peace, passed away, Abu Bakr assumed responsibility for the affairs of Muslims and immediately had to face the conspiracies of the apostates which resulted in the terrible battle of Yamamah. Among the Muslim forces which made their way to the central heartlands of Arabia was Salim and Abu Hudhayfah. At the beginning of the battle, the Muslim forces suffered major losses. The Muslims fought courageously as individuals but the strength that comes from solidarity was initially absent. Khalid ibn al-Walid then regrouped the Muslim forces and inspired them to unify and coordinate their fighting force. Abu Hudhayfah and Salim embraced each other and made a vow to seek martyrdom in the path of the religion of truth and thus attain felicity in the hereafter. Yamamah was their tryst with destiny. To spur on the Muslims, Abu Hudhayfah shouted, “O people of the Quran! Adorn the Quran with your deeds,” as his sword flashed through the army of Musaylamah the imposter like a whirlwind.

With renewed courage, Salim plunged into the battle. When the standard-bearer of the Muhajirin, Zayd ibn al-Khattab, fell, Salim bore aloft the flag and continued fighting. His right hand was then severed and he held the standard aloft with his left hand while reciting aloud the verse of the glorious Quran: “How many a Prophet fought in God’s way and with him large bands of godly men! But they never lost heart if they met with disaster in God’s way, nor did they weaken nor give in. And God loves those who are firm and steadfast” (Quran 3:146). What an inspiring verse for such an occasion! And what a fitting epitaph for someone who had dedicated his life to the cause of Islam!

A wave of apostates then overwhelmed Salim and he fell. Some life remained with him until the battle came to an end with the death of Musaylamah. When the Muslims went about searching for those who were hurt or slain, they found Salim in the last throes of death. As his lifeblood ebbed away he asked them, “What has happened to Abu Hudhayfah?” The reply was “He has been martyred.” Salim said, “Then put me to lie next to him.” They said, “He is close to you, Salim. He was martyred in this same place.” Salim smiled a last faint smile and spoke no more. Both men had achieved what they had hoped for. Together they entered Islam. Together they lived. And together they were martyred. Salim, that great believer passed away, returning to his Lord. The great Umar ibn al-Khattab spoke of him as he lay dying: “If Salim were alive, I would have appointed him my successor.” 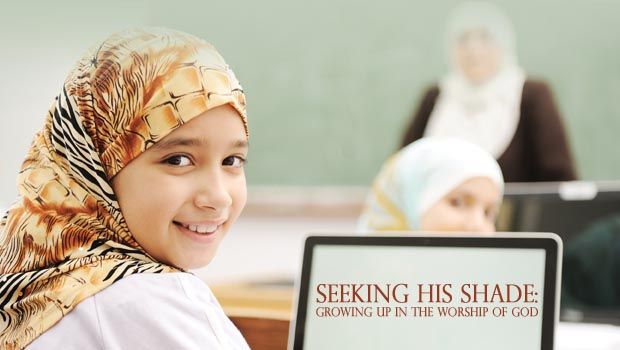 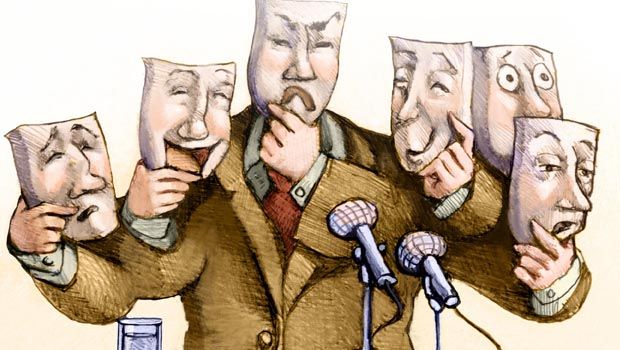 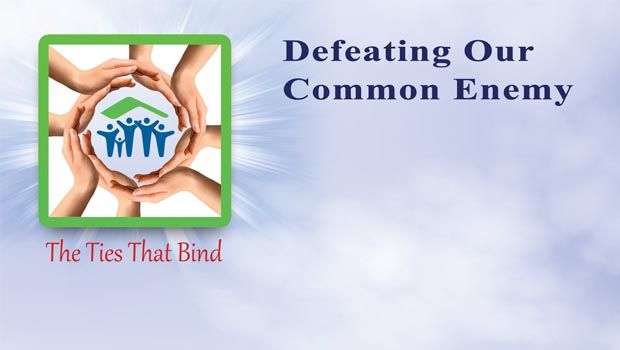