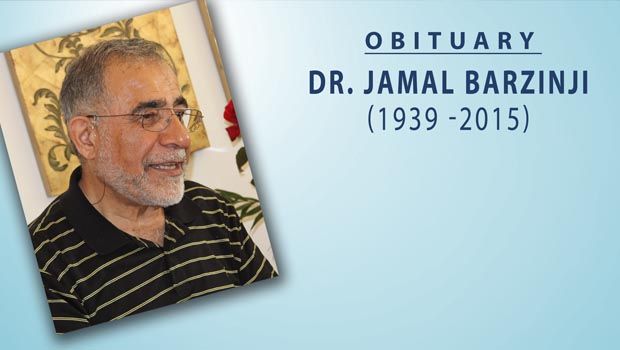 Dr. Jamal Barzinji, one of the key Muslim figures of North America and President of the International Institute of Islamic Thought (IIIT), passed away on September 26, 2015. He was instrumental in the founding of many major Muslim institutions, including the IIIT where he was a Trustee and previously Vice President for Research and Publications. He was also the founding general manager of North American Islamic Trust (NAIT), and a founding member of the Association of Muslim Social Scientists (AMSS) as well as the Association of Muslim Scientists and Engineers (AMSE). Dr. Barzinji devoted his entire life to the service of Islam. His organizational talents and skill were exceptional.
Dr. Barzinji was born in Mosul, Iraq, on December 15, 1939. His illustrious father, Shaykh Muhammad al-Barzinji, instilled in him a deep and abiding love for Allah and Islam, a deep love and appreciation for the Arabic language, and a deep respect and devotion for truth and values. These were passions Dr. Jamal carried with him throughout his life, the strength of his convictions being translated into actions which he remained committed to till the very end.
Dr. Barzinji worked to the highest standards and according to a powerful moral basis, upholding excellence in everything he did with an eye on final outcome and getting results. And he inspired this demanding work ethic from those he collaborated with, especially IIIT colleagues. He was hardworking and fair, valuing this quality in others. Yet, he was also forgiving of other people’s shortcomings and understood their limitations.
With a love for literary merit, Dr. Barzinji appreciated correct usage of language and especially enjoyed beautiful linguistic expressions, whether in Arabic or in English. He would often repeat phrases or expressions that he found particularly eloquent. He was also deeply committed to interfaith education and relations. He believed that faith communities needed to provide spiritual answers to the challenges of our time. To that end, he was instrumental in IIIT decisions to commit resources to interfaith programs at various institutions, including Hartford Seminary (Hartford, CT), Nazareth College (Rochester, NY), and Huron University College at Western University (Lon- Excerpted and lightly edited from an obituary from the International Institute of Islamic Thought (IIIT). don, Ontario, in Canada).
Dr. Barzinji urged Muslims to examine “what collective moral responsibility we have, as a community of faith, to build a better America, build a better nation—caring and gentle nation— which is, really, the Founding Fathers’ vision for America … There is also a big responsibility for people of faith to come together, to develop and articulate their position, and ‘sell’ their product of love, of affection, [of] good neighborly-hood, to the society at large to build that better society and better community.”
He held executive positions in a number of organizations over the years. He was the President of the Muslim Students Association in its initial days, member of MSA’s Planning and Organization Committee, and member of the Islamic Society of North America (ISNA) Majlis Al-Shura (Board). He was also involved in the establishment of a variety of organizations, such as Mar-Jac Poultry, Safa Trust, Amana Mutual Funds, SAAR Foundation, Bank Islam Malaysia, and North American Islamic Trust (NAIT). He also served as the Dean of Kulliyyah (Faculty) of Islamic Revealed Knowledge and Human Sciences, the International Islamic University Malaysia, where he transformed the Kulliyyah into a world-class academic unit. Under Dr. Jamal’s leadership, the Kulliyyah reflected the philosophy of integration of knowledge that brought together the disciplines based on Divine Revelation with those that were rooted in humanistic and social science inquiry.
In addition, Dr. Barzinji served as advisor and consultant to a series of educational, charitable, and professional organizations. He delivered many lectures and wrote articles on topics relevant to the Muslim community in America. As a result of his dedicated service to the American Muslim community, he was the recipient of many honors. In 2008, ISNA conferred its Dr. Mahboob Khan Community Service Award on Dr. Barzinji. He also received CAIR’s Lifetime Achievement Award in 2012. Dr. Barzinji had a PhD. and MSc. in Chemical Engineering, with a minor in Management, from Louisiana State University, U.S.A. (1974), and a BSc. in Chemical Engineering & Fuel Technology from the University of Sheffield, England (1962).
He passed away on Saturday, September 26, 2015 after a long illness. He is survived by his wife, 6 children, and 13 grandchildren, not to mention innumerable friends, colleagues, and loved ones whose lives Dr. Barzinji touched in one way or another. His death is an immense loss for the global Muslim community and for humanity at large. We extend our heartfelt condolences to Dr. Barzinji’s family and pray that Allah grant his family, friends, and colleagues patience and strength in this time of sadness and loss. May Allah be pleased with Dr. Jamal Barzinji, and shower His blessings and mercy upon him, making it easier for those he has left behind to bear the sorrow of his absence. Ameen.
——-
Excerpted and lightly edited from an obituary from the International Institute of Islamic Thought (IIIT). 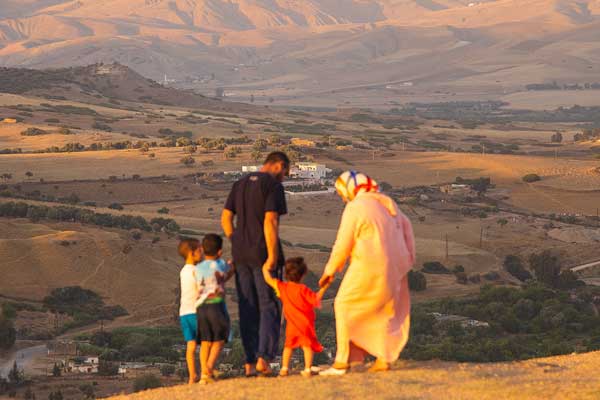 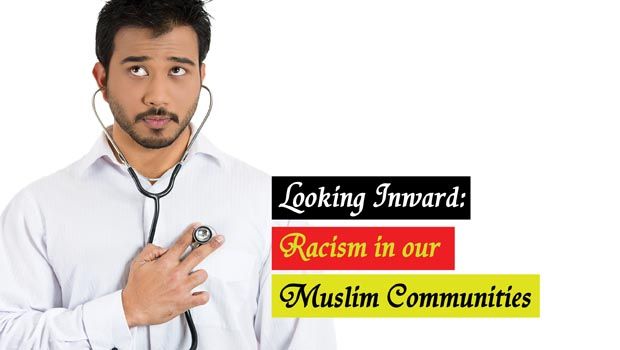