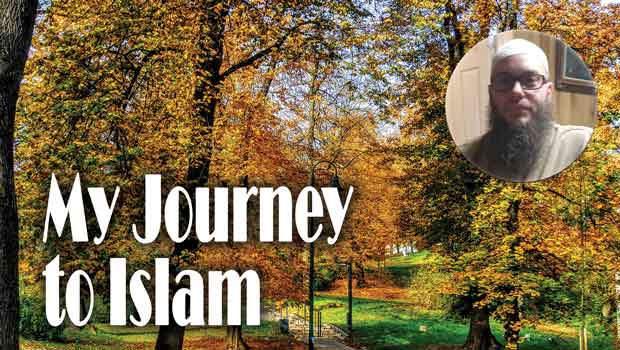 I grew up in Winston-Salem, but most of my extended family is from Macall, South Carolina, and Richmond County, Scotland County, and Robeson County in North Carolina. My earliest memory as a child was when I was about four years old. A little white boy, dressed in a cowboy getup, took a big heavy stone and smashed it on my head because I was an Indian. He was older than me, maybe eight or nine years old. Another childhood memory is when I was in the cub scouts. There was a boy who was mad at me because I was an Indian, so he spat in my face. He did this in the church where we were meeting. My mother was very upset about it because the boy’s parents didn’t intervene and none of the adults did anything. His spitting in my face didn’t hurt me as much as seeing how much it upset my mother. She was crying and sped out of the parking lot spinning tires. Then, in middle school, whenever I put Native American on my documents, my teacher would tell me to put White because I would get more opportunities. But, my mother raised me to be proud that I am Indian.
I use various names in reference to indigenous people depending on the context of the conversation. I prefer Pee Dee because that’s the name of my tribe. But, when my family is talking, we use Indian as a generic term. That’s what we have always used. I like the name First Americans. First Nations is usually in reference to tribes from Canada. Native, indigenous, and Indian are all acceptable names. It’s just a matter of context. My native blood is Pee Dee because my mother is registered as a Pee Dee Indian, but we have other blood as well, including Lumbee, Mansamon, Wakamaw, and Tuscarora. There are so many different tribes in North Carolina. The reason why there is so much mixed blood in my family in North Carolina is because this is one of the places where the English first came in contact with Natives. The English went to war with several tribes and had so many tribes fighting one another. So many died from disease and war. What was left were remnants of tribes. These remnants of people from my family came together in Bladen County, North Carolina and Marlboro County, South Carolina. This is where the Lumbee and Pee Dee Indian tribes are located today.

I embraced Islam in 1990. How I came to Islam is a lengthy story. When I was a child, I was not very religious, but I believed in God. I had the idea there was truth to be found in the Bible, I believed in the Prophets, and I attended church. One day, I was imitating how holy roller preachers deliver their sermons. Then all of a sudden, the sky became dark and I began to feel a deep apprehension about what I was doing. I always had the question whether I was supposed to be worshipping God alone or Jesus. When I was in middle school, we had a substitute teacher who taught us about different religions. When he talked about Islam, he showed us how to make salaat (prayer). That day after school, I went home and looked up his number in the telephone book because I wanted to be Muslim, even though I was young, in seventh grade. I ended up not calling him. I guess I was worried about what my mother would think. Years later when I was in high school, I was a big fan of rap music. Alhamdulillah (all praise is due to Allah), back then rap music was more conscious. Some rap artists even talked about Islam. I remember there was one group who said something about accepting Islam as the truth. I knew that Islam was the truth. I knew that in my heart. I would be at home at night and I would have private conversations with God (that is how I described it at the time). I would ask God whether I should worship Him or worship Jesus. This question was addressed to God, not to Jesus. I have never prayed to Jesus in my life. Those rappers saying that Islam was the truth caused me to go out and search. I began going to the public library. I started at my school library which had one or two books on Islam. Then I went to the public library and they too had very few books. None of the books answered my questions about Islam. Fortunately, one of my teachers at school, Fleming El-Amin, was a Muslim, a man who I greatly respected. During the summer of 1990, we had a college preparatory program at Winston-Salem State University. Mr. El-Amin was one of the teachers and he let me borrow his Quran. Another Muslim brother, Husayn Abdur Rafi, gave me literature to read about Islam. The Quran and the other literature answered some of my questions. I then started going to the masjid and speaking with the Imam. Soon after that, I was convinced of the truth of Islam, so I declared my shahadah (declaration of faith).

When I became Muslim, I was treated differently by my mother, an Indian Christian. She asked me, “How are you going to be Muslim and be Indian at the same time?” I asked her that since she was an Indian and Christian, why would my being an Indian and Muslim be a problem. I was asked the same question my mother had asked me by the chief of my tribe, a Christian preacher. His daughter told him that he couldn’t discriminate against me because I was a Muslim, that I was still Indian. Many Indians look at someone being Indian and Muslim as unacceptable, as a contradiction in terms. I first realized there were other Indians who were Muslims when I read a Message International magazine article online in 1996, “Digging for the Red Roots.” But I couldn’t find other Native Muslims until I ran across a Yahoo chat group online in 2001. The group was run by a Muslim Native who worked with Islamic Relief. There were more non-Native Muslims in the group than Native Muslims. The non-Natives were very open to the Native Muslims and interested in their stories of finding Islam.

Indian Muslims in the U.S. Today

Indian Muslims today in the United States are still relatively few, and a greater number are found in Canada. In Mexico, there are many persons of Native descent who have become Muslims. The group (http://turtleisland.muslims.tripod.com) that we have now, Turtle Island Muslims (Turtle Island is a Native American term for the North American continent), is a mix of Muslim and non-Muslim Natives and non-Natives who are Muslim or non-Muslim. There are approximately 160 people in the group, with around 30 Natives. We discuss everything related to Islam and Natives. The purpose of the group is to introduce Natives to Islam and Muslims to Natives, to have an open and welcoming space where everybody is free to participate.
Information about the history of Natives in Islam is relatively obscure. You hear about things like Abu Bakari II from Mali coming to the Americas in 1300, and Sheikh Abdullah Hakim Quick has written about Muslims in the Americas long before European explorers. These little tidbits are about all that we get and there is not much that we can connect to specific tribes. It was interesting when I did my own family genealogy. I knew about Frances Drake dropping Muslims off on an island off the coast of the Carolinas. These were African and Arab Muslims who were never picked up or accounted for. If those who were abandoned followed the river inland, they would have ended up right where my tribe, Pee Dee Indians, was located. I have heard of a Muslim genealogist who is able to connect members of my tribe to the Melungeon in Tennessee. I, myself, have African blood and Arab blood. I have been able to connect one Muslim ancestor to my family. This goes back to 1630, to a Muslim, Sayyan Lovina. His wife was Native, and her name was Jean Tucker. Professor N. Brent Kennedy did a lot of research on the Melungeon and Sayyan Lovina, who was known as Sayyan the Turk. He was sold as a slave by the Portuguese. Sayyan was so highly respected that he was allowed to be a witness to contracts even though he was a slave. He eventually won his freedom. When I became Muslim, I thought that perhaps I had Muslim ancestors. It was just a feeling that I had. Maybe these Muslims ancestors prayed like Prophet Yacub (Jacob) that their progeny be Muslim. I used to think about these things even though I didn’t expect to be able to connect myself to a Muslim ancestor.

One of the things I find is that many Muslims believe that all Indians believe in the Great Spirit and share the same language and culture. What they don’t realize is that these are very distinct nations. In North Carolina there were tribes living side by side who spoke different languages and couldn’t understand each other. The Indian culture was very diverse. In modern times, we basically share American culture, giving us many more commonalities. But, when it comes to our Native culture, it is much more distinct.

Dawah Outreach to the Indigenous Peoples

There have been Islamic organizations who have tried to help Natives in this country, Islamic Relief being one such organization. ICNA was active in helping the Natives at Standing Rock. I wish that there were more dawah to Natives. But, at the same time, there are over 200 tribes across the U.S. Some of these tribes are federally recognized while others are recognized only by the state they are located in, if at all. We also have a lot of urban Indians. The people on the Red Butte Sioux reservation in South Dakota have a difficult time in their lives. When you hear about the poverty that they endure, it is easy to recognize that they need our help.
Dawah is desperately needed in the Native communities. In fact, many Natives live in rural and isolated areas where they may never encounter a Muslim. Many Natives that I know became Muslim because of their interaction with Muslims. Without that interaction with Muslims, they know nothing about Islam and are cut off from such a profound blessing. 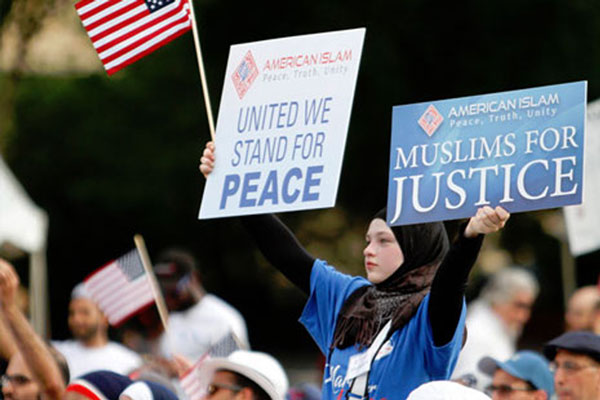