Presidential elections are supposed to give potential voters a look inside the minds of potential candidates seeking America’s highest office. Candidates representing our two party system typically give the public their platforms and agendas for the economy, security, and foreign relations. On the Republican side, there have always been some discriminatory remarks toward minorities, immigrants, women, or the poor. After the September 11, 2001 World Trade Center attacks, however, the public has also heard campaign rhetoric from Republican candidates and their surrogates that is rife with anti-Islam and anti-Muslim sentiment. This year is no different, except that the rhetoric is more hateful and outrageous, and has contributed to an unprecedented level of violence towards Muslims and their institutions. Presidential nominee Donald Trump has said he wants to prevent Muslims from entering the United States, and advocates for a Muslim identity card and national database. Between almost exclusively Republican led anti-Shariah legislation and Republican presidential candidates spewing anti-Muslim vitriol to garner votes, American Muslims are increasingly concerned that the Republican party seems intent on driving a wedge between the Muslims living in the U.S. and the general population.

The network of anti-Islam groups collects yearly donations of $34 million on average, according to the 2016 report, Confronting Fear: Islamophobia and its Impact in the United States.

A phobia is “a persistent, irrational fear of a specific object, activity, or situation that leads to a compelling desire to avoid it.” Islamophobia, as a term, was first used by the French as early as 1916. In an article by Professor Edward Said in 1985, “Orientalism Reconsidered,” the author bemoaned western Orientalists’ lack of understanding that Islamophobia, like anti-Semitism in the 19th century, “has stemmed from the same source, has been nourished at the same stream.” A more recent use of the word was in the 1991 UK publication, Runnymede Trust Report, which defined it as an “unfounded hostility towards Muslims, and therefore fear or dislike of all or most Muslims.” The Berkeley Center for Race & Gender (CRG) expanded the definition further to “a contrived fear or prejudice fomented by the existing Eurocentric and Orientalist global power structure…” which “reaffirms a global racial structure through which resource distribution disparities are maintained and extended.” Islamophobia has become a politically charged term in recent years, spawning reports and websites that attempt to understand this phenomenon which has gripped Europe and the United States to such a degree that governments are willing to create legislation to either support or combat it.

This manufacturing of hate has monetized into a cottage industry, “currently comprised of at least thirty-three (down from thirty-seven in 2013) groups whose primary purpose is to promote prejudice against or hatred of Islam and Muslims.” This network of anti-Islam groups collects yearly donations of $34 million on average, according to the 2016 report, Confronting Fear: Islamophobia and its Impact in the United States, a collaborative research project of the UC Berkeley Center for Race and Gender (CRG) and the Council on American-Islamic Relations (CAIR). CAIR and others have rightly termed the anti-Islam groups a network because these groups regularly support each other — sharing leadership, funds, and the singular goal to “stop” or “destroy” Islam. It is not surprising to anyone that global and domestic terrorist attacks correlate to a rise in Islamophobia, measured by both the number of hate crimes against Muslims and media bias such as perpetuating, or at least not contesting, the canard that Muslims, and especially their leaders, don’t condemn terrorism.

Mosques and Islamic centers routinely release warnings to their communities to be extra vigilant in the wake of such attacks, while also issuing press releases condemning those attacks and simultaneously reminding the public that in Islam, “Whoever kills a person, unless [as punishment through due process] for murder or mischief in the land, it is as though he has killed all mankind. And whoever saves a life, it is as though he had saved all mankind” (Quran 5:32), as quoted in an ADAMS Center press release). What might surprise some outside the Muslim community is that Islamophobia has been an integral part of America’s election cycles, especially presidential ones, at least since 9/11. According to the Confronting Fear report, “both the 2010 spike in incidents and the late 2015 spike both occurred when Islam was an election campaign issue lends additional weight to the argument that ‘levels of anti-Muslim sentiment follow trends in domestic U.S. politics, not international terrorism.’”

Who and What Is the Islamophobia Network?

The Islamophobia network has several components which they meticulously use to create the perception that Islam is at war with America: religion, media, and legislation. CAIR identified 74 major groups in their latest report. These active groups provide financing, vast media support, and grassroots mobilization for protests and other public events, or votes for anti-Muslim legislation and Republican candidates. The religious right has several organizations that foment Islamophobia: The Eagle Forum, the American Family Association, the Tennessee Freedom Coalition, American Center for Law & Justice, and Christians United for Israel. Along with right wing media hosts like Rush Limbaugh, Sean Hannity, Mike Savage, Glenn Beck, Mark Levin, and Bryan Fischer, they promote anti-Islam ideas and sentiments with dogmatic consistency

Right wing media such as Fox News, and certain fundamentalist Christian groups such as the Christian Broadcasting Network (CBN), certainly spend a great deal of time attacking Islam and Muslims.

In fact, many of the so called experts that are interviewed on Fox and on conservative radio are also the leaders of organizations inside the Islamophobia network, including Pamela Geller’s Stop Islamization of America, Frank Gaffney’s Center for Security Policy, and Brigette Gabriel’s ACT! for America. Geller, Gaffney, and Gabriel are organizers and speakers at the largest Islamophobia summit, Values Voter Summit (VVS), where the religious right meets with conservative media representatives and Republican candidates running anti-Islam campaigns. Rand Paul, Ted Cruz, and Marco Rubio, all presidential hopefuls during this year’s GOP primaries, addressed the 2013 summit, while former Rep. Michelle Bachman, Sen. Rand Paul, and former Gov. Mike Huckabee spoke at the 2014 summit. Trump, Paul Ryan (current Speaker of the U.S. House of Representatives), and Ted Cruz are scheduled speakers at the summit in September of this year.

The 2008 elections marked the last time that Islamophobia held sway as a central issue in a national election. Although they failed to stop Senator Barack Obama from becoming President, the political right achieved quiet success using manufactured hate of Islam on a state level. Scared by the phony specter of Shariah law creeping into the judiciary, right-leaning Americans helped to not only pass state anti-Shariah laws but blocked the building and expansion of mosques. The publication of the Center for Security Policy (CSP) 2010 report, Shariah: The Threat to America, is responsible for many of the anti-Shariah laws that Republican legislators passed, or attempted to pass, across the country. Republicans sponsored 80 out of 81 anti-Islam bills or amendments between 2013 and 2015, note the authors of Confronting Fear, the CRG/CAIR 2016 report. They couldn’t have done any of that without a voter base that feels fear and aversion to Islam and Muslims. Gallup polls in 2007 and 2009 showed that “Fifty percent of those who report a great deal of prejudice toward Muslims say they are Republicans, compared with 17% of those who identify as Democrats and 7% as independents. Those who report no prejudice toward Muslims are more likely to be Democrats than Republicans, 39% to 23%, respectively.”

The disenchantment of some Republicans with using blatant anti-Islamic speech began in the 2010 mid-election cycle, but became widely evident by the 2014 cycle. While Rep. Joe Walsh successfully used Islamophobic rhetoric to win a seat in the Illinois legislature in 2010, the loss by Brian Ellis in Michigan in 2014 to a Tea Party incumbent shows that these tactics of fear mongering are failing. As stated in the Center for American Progress report, Fear Inc., “After Republican leaders saw how these Islamophobic candidates fared in the election, they began to disassociate themselves from those fanning anti-Muslim sentiment.” The election cycle beginning in 2015 brought the heat and the hate to Muslims again, but from an unconventional source. Real estate mogul, reality star, and self-proclaimed billionaire, Democrat-turned-Republican Donald Trump set a new low for public discourse. Even with the high visibility that Cruz, Rubio, and Paul received during the Republican primaries, their own anti-Muslim positions had to take a backseat to the sheer audacity of Trump, a new Republican and the party’s ultimate presidential nominee.

Has The Hate Machine Gone Too Far?

So to return to the original question, is Islamophobia part of the Republican agenda? If one can believe organizations like Center for American Progress (CAP), CAIR, Berkeley’s Center for Race and Gender (CRG), and progressive mainstream media, the answer is a resounding yes…and no. It is not found outright in the 2016 Republican platform. But a number of the policies the platform forwards are objectionable, having anti-Muslim repercussions. An example is the designation of the BDS (boycott, divestment, and sanctions) movement as “anti-Semitic in nature” and seeking “to destroy Israel.”

In the current political atmosphere, Trump has found that anti-Muslim, anti-immigrant, and misogynistic rhetoric resonates with his constituency. Yet, his highly publicized argument recently with a Muslim Gold Star family and his smear that President Obama “founded ISIS” has set his poll numbers back. Even with recent ISIS attacks in Paris, Germany, Turkey and Pakistan, establishment Republicans continue to distance themselves from Trump; and in a small way, from anti-Muslim hate speech. At some point, Republican officials realized that someone could, and did, take things too far. The next question should be: has the Republican party discarded Islamophobia for good, or is this a temporary withdrawal in the face of current public censure? Meanwhile, the Islamophobia network’s 73 groups are still collecting money, producing virulent anti-Islam propaganda, enjoying strong state representation, and maintaining a highly successful media presence. Violent attacks against Muslims and Islamic institutions continue to rise. The religious far-right may be a small part of the Republican base, but they turn out to vote in large numbers and are quite fanatical in their opposition to Islam in America. As long as that fanaticism remains the purview of a minority in America, saner voices calling for religious tolerance may be heard. 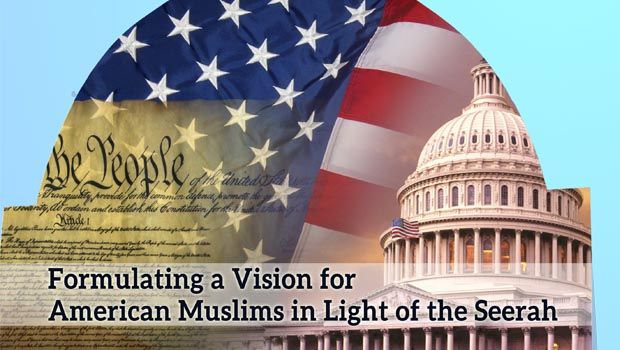 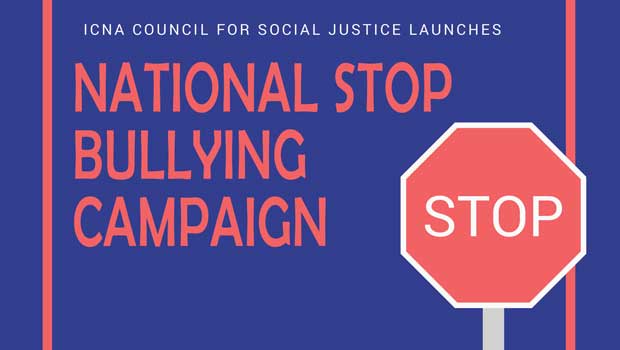 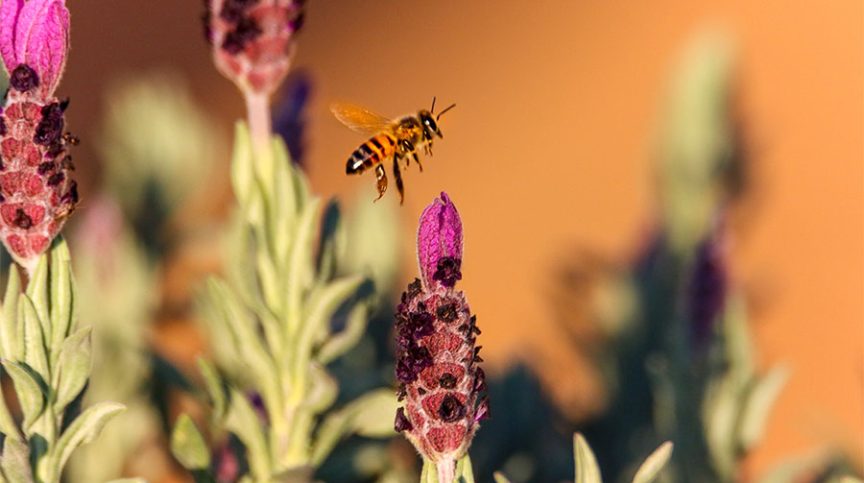