The Rohingya Muslims: A Tale of Tears

Thirty-four year old Jafar and his family fled to Bangladesh in 1991. He laments his situation, saying “Myanmar is my home and that is where I want to go back to. ..because we don’t have citizenship we are like a fish out of water, flapping and unable to breathe…and when a fish is out of water, he suffocates to death.”

Jafar is from the ethnic group Rohingya, and it’s not hard to understand why he and his family fled. Facing years of discrimination and abuse, the Rohingya, a Muslim minority in Burma (also called Myanmar), are a people who are prevented from calling the place in which they were born, and where their families have resided for generations, as their homeland. The Burmese government does not give the Rohingya citizenship status as a result of the Citizenship Act passed in 1982. Further, the Rohingya are the only ethnic group in Burma subject to severe restrictions on the right to marry and a two-child policy. They face forced labor, expropriation of property, and severe travel limitations. There are well-documented reports of beatings, torture, and killings including being burned alive, and some individuals are arrested by the military never to be seen again by their families. The United Nations calls them one of the world’s most persecuted minorities. They are the Rohingya– “the forgotten people.”

In light of recent circumstances, it is important to understand that conflict between the Buddhist majority and the Muslim minority population in Burma is nothing new. In 2001, a number of riots broke out between the two groups. In May of that year, tensions flared in the city of Taungooas. Buddhists demanded that the ancient Hantha Mosque be destroyed to avenge the destruction of the Buddhas of Bamayian, carried out by the Taliban in Afghanistan. According to the U.S. State Department’s Annual Report for International Religious Freedom issued in October of that year, ten Muslims and ten Buddhists perished in the violence after Buddhists attacked Muslim businesses and homes, followed by Muslim retaliation. In addition, it stated there were credible reports of military personnel disguising themselves as Buddhist monks to incite the violence.

In another incident in 2001, according to the State Department report, 50 Muslim homes were burned to the ground. Additionally, an unknown number of Muslim and Buddhist fatalities occurred, as reported by Human Rights Watch, after several Buddhist monks refused to pay a Muslim vendor who sold them some cakes. The Muslim vendor and her husband then beat the monks and an all-out riot ensued.

Muslims make up roughly four percent of the population of Burma according to official statistics. Although there are numerous examples of Buddhist-Muslim conflict in Burma’s history, the main issue plaguing the country today involving the Rohingya ethnic/religious minority does not seem to be based on religious differences. The 800,000 Rohingya reside in the Arakan state of Burma, bordering Bangladesh, and trace their lineage back to shipwrecked Arab merchants from the 8th century A.D. Their presence in the region as far back as the 18th century is confirmed in the writings of Scottish physician Francis Buchanan-Hamilton in his “A Comparative Vocabulary of Some of the Languages Spoken in the Burma Empire.”

One would imagine that even a presence extending back two or three centuries would warrant citizenship status, but the Burmese government vehemently rejects this. They believe the Rohingya are Bengali immigrants who do not have any ancestral claim to the land. While there is sufficient evidence to establish the Rohingya presence in Arakan (“The Advent of Islam in Arakan and the Rohingya” – a scholarly work by Dr. Mohammad Ali Chowdhury uses a wealth of sources to make some excellent points in this regard), it is also true that during British colonial times there was an effort by the British to push Bengalis living in Chittagong, Bangladesh to settle in Arakan for cheap labor. The first British Commissioner of Burma, Arthur Pharyre, in his “Account of Arakan,” stated that hundreds, maybe thousands, of migrants made their way to Arakan from Chittagong for work and high wages. However, it has also been documented that thousands of Rakhine (the Buddhist ethnic group belonging to Arakan) also moved into Bengal during this borderless era. Conditions were set up in this way to allow for easy movement between British-ruled India and Burma in the mid 1800s. Even if the Rohingya are the descendants of Bengali immigrants, they have now been in Arakan for three generations or so. It would only be natural for them to be granted citizenship status under modern Burmese law.

A bone of contention between the two groups is that the Muslims of Arakan sought to join with Pakistan at the time of the Partition of India in 1947. The ethnic Burmese people are, therefore, wary of any separatist tendencies the Rohingya might hold. The Rohingya are thus viewed suspiciously by the Rakhine Buddhists as a group just waiting for a chance to seek independence.

The current violence started in June when three Rohingya men allegedly raped and killed a Buddhist woman. In retaliation, Buddhist villagers stopped a bus and brutally killed ten Muslim passengers. Human Rights Watch personnel confirmed that local police officials witnessed the massacre and did nothing to stop it. The Rohingya, in the aftermath of those murders, protested by destroying Buddhist property which was then met with Buddhist and police collaboration in killing of Muslims and burning of Muslim property. Violence spun out of control on both sides.

According to human rights organizations, nearly 80 Rohingya have died as a result of the turbulence, while the Turkish charity Humanitarian Aid Foundation (IHH) reports that one thousand have perished. Meanwhile, thousands of others have been detained, displaced, or removed from their homes. In a report entitled “The Government Could Have Stopped This,” Human Rights Watch related the following: “In Sittwe[Capital of Arakan state], where the population was about half Arakan [Buddhist] and half Muslim, most Muslims have fled the city or were forcibly relocated, raising questions about whether the government will respect their right to return home. Human Rights Watch found the center of the once diverse capital now largely segregated and devoid of Muslims.”

As the title of the Human Rights Watch’s release indicates, the rioting and violence from both sides could have been stopped, as reported to them by both Muslim and Buddhist sources in Arakan state. The authorities, however, were silent spectators to the bloodbath, or worse, at times helping the Buddhists in their attacks on Muslims and their property.

National hero Aung Suu Kyi, awarded the Nobel Peace Prize for her efforts to bring about Burma’s transition to democracy after half century of a brutal military dictatorship, is now being criticized for staying silent about the Rohingyas’ plight. And Burmese President Thein Sein stated in a meeting with a U.N. High Commissioner for Refugees delegation that the only solution to the problem would be mass deportation or moving all of the Rohingya Muslims to refugee camps.

It is sad to report that while this ethnic cleansing takes place, corporations such as Coca Cola and Master Card were fast to enter the Burmese market after U.S. trade sanctions were eased in July. “If the atrocities in Arakan had happened before the government’s reform process started, the international reaction would have been swift and strong,” said director of Human Rights Watch Asia, Brad Adams, in their report. “But the international community appears to be blinded by a romantic narrative of sweeping change in Burma, signing new trade deals and lifting sanctions even while the abuses continue.”

Thousands of Rohingya Muslims have tried to flee to Bangladesh to escape this nightmarish situation only to be forced back with meager supplies of food and water in rickety old wooden boats. Some have been fired upon by Bangladeshi authorities who can only ignore the refugees’ pleas in compliance with government orders. Under international law,the country is obligated to provide Rohingya refugees temporary shelter, but the Bangladeshi government refuses to get involved in an issue they say has nothing to do with them. Some Rohingya refugees manage to sneak in but have no access to basic survival necessities. The Organization of Islamic Countries (OIC) unfortunately has not done anything of substance to help out their fellow brothers and sisters in need. They have issued a statement or two urging the international community to come together to find a solution.

Recently, Turkey took a bold step and visited refugee camps in Arakan. Emine Erdogan, the prime minister’s wife, who could be seen in pictures weeping as she hugs Rohingya women, along with Foreign Minister Ahmet Davutoglu, personally delivered aid to the Rohingya in need. The Turkish newspaper Today’s Zaman reports that they delivered aid to the Buddhist camps as well. What can better exemplify the beauty of Islam than such a humane gesture?

It is now high time for Muslims from all over the world to do something substantive for their Rohingya brothers and sisters as well. 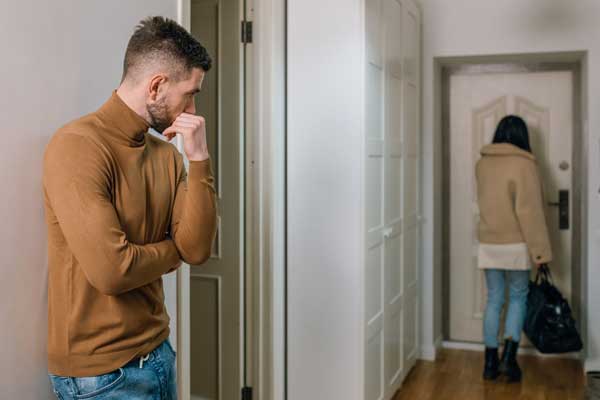