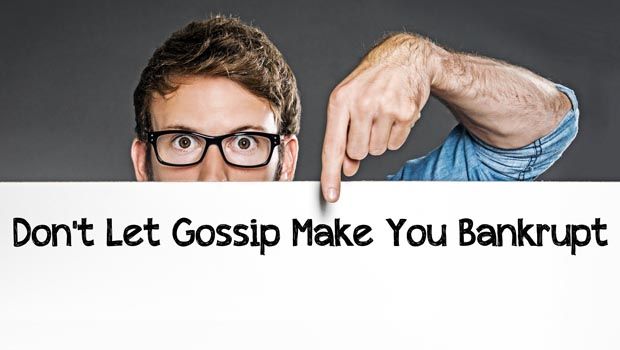 Ssshhh. You hear a juicy tidbit from a neighbor, who heard it from a friend, who heard from her sister on a social chat group, who added some “spice” to make it more appetizing… and so the gossip goes around town. Sound familiar?

Despite the fact that gossip is so common and pervasive, it is dangerous and harmful; it can destroy the fabric and morality of a society. People spread gossip for many reasons such as to feel superior (they feel better if someone is worse off than them), out of jealousy, to fit in the group, for attention (they become the center of attention for a few moments), out of revenge, or even out of sheer boredom (it’s aptly said that an idle mind is a devil’s workshop). So we need to remind ourselves over and over again that we are accountable for our words and deeds in the Court of Allah. Allah Ta’ala says: “O you who believe! If a wicked person comes to you with any news, ascertain the truth, lest you harm people unwittingly, and afterwards become full of repentance for what you have done” (Quran 49:6).

A traditional teaching story illustrates this well: There once lived a gossip monger. He always preoccupied himself with talking about others. He could not resist the urge. Whenever he heard a story about somebody he knew, and sometimes about somebody he did not know, he just had to tell it to his friends. Since he was in business, he heard a lot of rumors and stories. He didn’t care if it was true or not. He loved the attention he got from his gossip mongering, and he was more than willing to add details that made the story funnier, juicier, or in any way more enticing.

Other than his bad habit of gossiping, he was really a nice and decent man. He kind of knew gossiping was wrong, but . . . it was too tempting, and in any case, most of his storytelling was about things that had really happened. One day he found out something really weird about another businessman and his wife. Of course he felt compelled to share what he knew with his colleagues and acquaintances, who told it to their friends, who told it to people they knew, who told it to their wives, and so the gossip spread around town until the businessman who was the subject of the gossip heard about it. He ran to the wise man of the town, and wailed and complained that he was ruined! His good name and his reputation were gone with the wind. The wise old man decided to visit the man who loved to tell stories. If he was not the one who had started the spread of this gossip, he might at least know who did. When the nice man with the nasty problem heard from the wise man about how devastated his colleague was, he felt truly sorry and admitted his guilt. But he tried to minimize his wrongdoing by telling the wise man that he had just relayed what was a true story. “True, or not true, that really makes no difference! You just should not spread rumors about people. This is all slander, and it’s kind of like murder—but what you are killing is a person’s reputation,” explained the wise man. The gossip mongering man now felt really bad and sorry for what he had done. “What can I do to remedy the harm?” he sobbed. “I will do anything you say!”

The wise old man looked at him. “Do you have any feather pillows in your house? Bring me one.” The man was mystified, but he returned with a nice fluffy pillow under his arm. “Cut it open,“ said the wise man. The man cut the pillow. A cloud of feathers came out. They floated all over the place and some floated near an open window and, being a windy day, they flew out the window in a big swirling, whirling trail. The wise man was quiet for a moment. Then he told the man, “Now bring me back all the feathers and stuff them back in your pillow. All of them, mind you. Not one may be missing!” The gossipmonger protested, “That is impossible! The feathers here in the room I can collect, but the ones that flew out of the window are gone. I can’t retrieve those and you know it!” The wise man answered, “Yes, you are right, and that is how it is with gossip – whether a rumor or hearsay or an innuendo or a secret – once it leaves your mouth, it is like a feather blown willy nilly out the window. You do not know where it will end up; it flies on the wings of the wind, blown from region to region, and you can never get it back!”

He advised the man to sincerely repent to Allah Ta’ala and with genuine remorse to apologize to the businessman about whom he had spread the rumor. The gossipmonger did apologize even though it was difficult and painful to do. But the incident and the lesson taught to him by the wise man changed him. He talked about the importance of guarding the tongue with all his friends and colleagues. And in the end, he became an upright man who overcame a nasty addiction to tale telling.

Allah, the Most Wise, says in the Quran: “O you who believe! Avoid suspicion, for suspicion in some cases is a sin. And backbite not on each other behind their backs. Would any of you like to eat the flesh of his dead brother? No, you would abhor it…But fear Allah. For Allah is Oft-Returning, Most Merciful” (Quran 49:11-12).And the Messenger of Allah (peace be upon him) said: “When man wakes up in the morning each day, all his body parts warn his tongue saying: ‘Fear Allah with regards to us, for we are under your mercy; if you are upright, we will be upright and if you are crooked, we will be crooked’” (At-Tirmidhi).The Messenger of Allah (peace be upon him) once asked: “Do you know what backbiting is?” His companions replied: “Allah and His Messenger know best.” He then said: “It is to say something about your brother that he would dislike.” Someone asked: “But what if what is said is true?” The Messenger of Allah (peace be upon him) replied: “If what you say about him is true, then you have backbitten him, but if it is not true, then you have slandered him” (Muslim).

Eleanor Roosevelt, wife of Franklin Delano Roosevelt (the 32nd president of the United States), said, “Great minds discuss ideas. Average minds discuss events. Small minds discuss people.” But, let’s face it, we live in a world where gossip often crosses our path. People gossip and this is an unfortunate part of the human condition. But we can make sure that we do not participate when gossip comes our way. We can simply break the chain of gossip by considering the following:

In addition to the above considerations, there is an excellent practice we can apply that is called the triple filter test. Some attribute this “triple filter” story to Socrates and others to a scholar in Baghdad during the Abbasid period. Whatever its source, it conveys wise criteria that we can use in deciding whether to listen to some news about another person. The story tells us that one day a man met a renowned scholar and said, “Do you know what I just heard about your friend?” “Hold on a minute,” the scholar replied. “Before telling me anything I’d like you to pass a little test. It’s called the Triple Filter Test.” The man said, puzzled, “Triple filter?” “That’s right,” the scholar continued. “Before you talk to me about my friend it might be a good idea to take a moment and filter what you’re going to say. That’s why I call it the triple filter test. The first filter is Truth. Have you made absolutely sure that what you are about to tell me is true?” The man said, “No, actually I just heard about it…” “All right,” said the scholar. “So you don’t really know if it’s true or not. Now let’s try the second filter, the filter of Goodness. Is what you are about to tell me about my friend something good?” “No, on the contrary,” said the man. ”So,” the scholar continued, “you want to tell me something bad about him, and you’re not even certain it’s true. You may still pass the test though, because there’s one filter left, the filter of Usefulness. Is what you want to tell me about my friend going to be useful to me?” The man answered, “No, not really.” “Well,” concluded the scholar, “if what you want to tell me is neither true nor good nor even useful, why tell it to me at all?”

The Messenger of Allah (peace be upon him) was once asked: “Who is the best Muslim?” He (pbuh) replied: “He is the one from whom Muslims are safe from the evil of his tongue and hands” (Muslim). And on another occasion, the Messenger of Allah (peace and blessings be upon him) asked the sahabah (RA) “Do you know who is bankrupt?” They replied, “Bankrupt among us is he who has no money or property.” He said, “Verily, the real bankrupt one from my ummah is he who will come on the Day of Resurrection with prayer, fasting, and zakat that he performed. However, he had cursed this person, falsely accused that person, ate up the property of another person, shed the blood of another person and beat another person. So, this person will be given from his righteous deeds, and that person will be given from his righteous deeds. If his righteous deeds finish before his account is paid in full, sins from their records will be transferred from them to him, and he will then be thrown in the Fire” (Muslim ).

We can destroy all our good actions by a few loose words that we utter in moments of heedlessness. We need to seek forgiveness of Allah Ta’ala, and from the one we wronged, if we have backbitten, slandered, or spread rumors about anyone. Otherwise on the day of Qiyamat (Resurrection) we will have to compensate them with some of our own good actions.

May Allah Ta’ala guide and protect us all… ameen.

Umm AmmarahAuthor Sr. Umm Ammarah is a freelance writer based in South Africa. 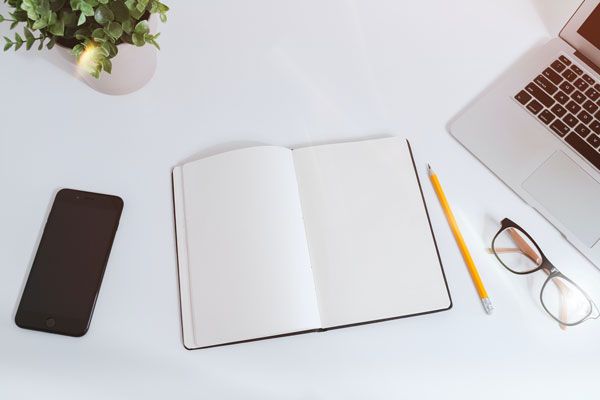 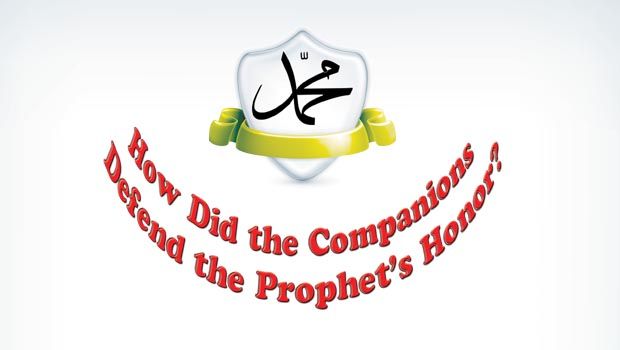 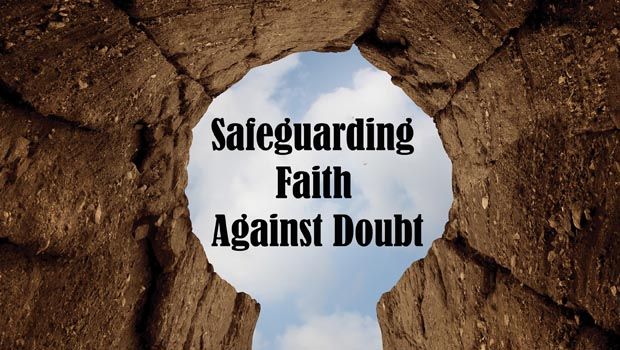