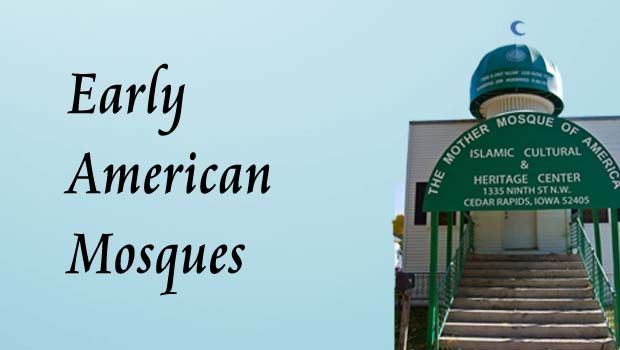 Many early Muslim communities were comprised of a few individuals and/or families. They met in private homes for prayers, and rented out halls for the Muslim holidays.

The small Ross community built the mosque, but in time it fell into disrepair as some Muslims relocated and others passed away. It was rebuilt in 2005 in memory of one of the town’s few remaining Muslims.

Lebanese Muslims in Cedar Rapids, IA built this mosque in 1934; it is the longest continually standing Muslim house of worship still in use today.