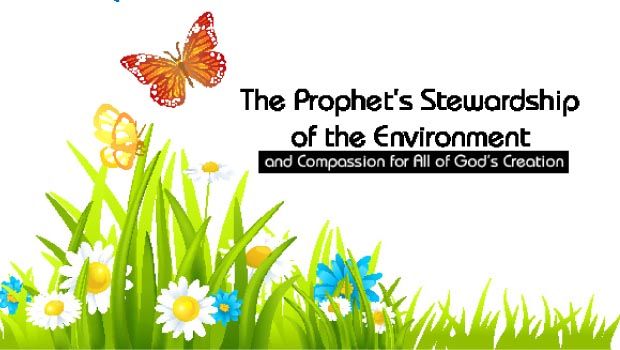 There are many aspects of Prophetic guidance that a person could nod his or her head and say “this makes sense” or “this is high character.” I have always found that the prophetic statements and stories increase my faith and move me to strive to emulate the Prophet. Yet, as an environmentalist, one of the most fascinating things about the Prophet to me was not only his relationship with God and the people around him, but his stewardship of the environment and compassion for all of God’s creation. In this so-called modern era, with its mountain top removal mining and other forms of contamination of the environment that have led to global warming, I am humbled by the statements of the Prophet about his connection with the world of nature and even inanimate object such as mountains. It is reported that the Messenger of Allah, may Allah bless him and grant him peace, saw Uhud (a mountain) and said, “This is a mountain which loves us and we love it.”

The Prophetic ethical standard was enlightened beyond his time. He felt and promoted a sustainable bond with animate and inanimate objects as creations of God. He encouraged people to live simply, and prohibited waste of resources, whether they are abundant or scarce. He advised his companions to avoid wastage of water from a stream even if they were using it for ablution (Ahmad).

The Qur’an is clear that God has provided everything on this planet for us to fulfill our needs with gratitude, and not with waste. “It is We who have placed you with authority on earth, and provided you therein with means for the fulfillment of your life; small are the thanks that you give!” (Qur’an 7:10).

The construction of the mosque in Medina (Masjid an-Nabawi) offers many great lessons for environmentally-conscious folks. First of all, the Prophet paid the price of the land to the two orphan boys in full. The boys were willing to give the land for free but the Prophet did not take advantage of people’s land. The mosque was constructed from local resources such as timber, mud, and cement rather than bringing in materials from other places as is the modern practice, for example, of importing Italian or Indian marble, a transport which carries a large carbon footprint. The design of the mosque was simple and earthy and far removed from extravagance, waste, or showing off. The Prophet built the mosque with his own hands, alongside his companions.

The Prophet endorsed and established principals that were veritable harbingers of modern environmentally sustainable land stewardship. He established inviolable areas (harim) such as land conservancies of today, and protected areas for wildlife and water resources (hima/waqf), comparable to modern national parks. He established fair use for land claims and reforms known in books of hadith such as ihya al-muwat (revival of dead land; bringing of uncultivated land to life), iqta’ (administrative land grant), and ijara (land lease). He established water rights and priorities (haq al-shirb) not only for humans but for animals and crops as well.

Today — with all the looming environmental problems such as climate change, melting of the polar ice caps, thinning of the ozone layer, excessive carbon in the environment, salinization of water and desertification — we can find wisdom in the Prophet’s advice. He said, for example, “When doomsday comes, and someone has a palm shoot in his hand, he should plant it.” He taught people to be generous and kind and characterized planting of trees as sadaqa (charitable gift). In another beautiful hadith he mentioned: “There is none amongst the believers who plants a tree or sows a seed, and then a bird or a person or an animal eats thereof, but [he who planted or sowed] is regarded as having given a charitable gift” (Bukhari).

The Prophet despised hunting for amusement or hobby and he thus prohibited people from hunting wildlife without a valid reason such as for safety or food. He mentioned: “If anyone wrongfully kills [even] a sparrow, [let alone] anything greater, he will face God’s interrogation (An-Nasa’i).” In other words, an individual would have to answer to God why s/he harmed a creature of God.

The early generation took these teachings of the Prophet to heart and protected animals in Medina and Makkah. It is reported in the Muwatta of Imam Malik that Abu Ayyub al-Ansari, a relative of the Prophet, found some boys who had driven a fox into a corner and he chased them away from it and became upset and said “Have you done this in the sanctuary (haram) of the Messenger of Allah, may Allah bless him and grant him peace?” Similarly, Imam Malik further notes in his work that Zayd ibn Thabit, a well-known companion of the Prophet, came across a person who had captured a hawk on the outskirts of Madina. Zayd took the hawk from the hands of this person and set it free.

The Prophet in the Qur’an is called a “mercy to all the worlds.” After reading about his relationship with the environment, there is no doubt in my mind that he was compassionate towards the entire creation of God. Environmental stewardship is a Sunnah, an established norm of the prophetic guidance that must be an integral part of the Muslim community.

To learn more about grassroots environmental stewardship, visit Think As Green at ThinkAsGreen.blogspot.com. 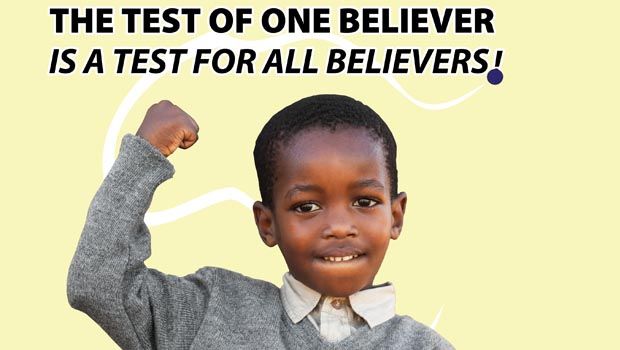