On the same day as anti-Islamic rhetoric intensified in the wake of a train blast by terrorists in Russia, the FBI was unraveling a scheme by another terrorist group, the Hutaree, as its members plotted to kill several US police officers in Michigan. The Hutaree’s name, literally translating to “Christian warrior,” sent shockwaves through mainstream Christians who preferred to denounce the group as a “fringe anti-government cult” instead of using the cringing “Christian terrorist” label, which by word connotation maligns the image of the entire faith.

This reaction is reminiscent of numerous Muslim objections to negative media labels of Islam. However, the Muslim voice is constantly muffled in the public forum. Why? Although Islam is a religion, not a race, the majority of the six million modern-day adherents in the US are primarily ethnic persons. They form a vulnerable racial minority before a Caucasian-controlled media that has a carte blanche to insult the religion’s ancient name, “Islam,” by using it as a root word within the modern media-coined “Islamist” label for cult militant activities.

This spurious terminology confuses a public that by word association commingles the values of the cult with the mainstream. The impact of identifying each terrorist by his faith is equivalent to hypothetical headlines stating, “Caucasian bank robber, member of church XYZ, shoots Mr. X”; or “In US, one woman every 12 minutes suffers domestic violence by Christian man”; or, “Jewish Madoff swindles countrymen”; or “Black Christian gang member kills five.” These bigoted headlines would correctly create an outrage for implying that the disclosure of racial and religious information is relevant to a criminal action.

Yet for mainstream US Muslims, these types of racist headlines are a daily reality. So, recently, when in a single horrific instance an ethnic US army officer, Major Hasan, killed several of his fellow soldiers at Fort Hood, the media quickly explored his Muslim roots. In contrast, when it came to reporting on several Christian soldiers, like Sgt. John Russell, who shot uniformed comrades, the media — correctly — not only never used the word “Christian” but also attempted to explore those actions under the human backdrop of “post-traumatic stress disorder” rather than religious background.

Comparable to the outlawed “Muslim Taliban,” the KKK is a legalized US organization, which, despite its deadly history of religion-justified violence, is identified as a “white supremacist” group rather than a “Christian terrorist” group. Analogous to the 9/11 scenario, a February suicide plane attack on an IRS building by an infuriated anti-government protester, Joseph Stack, is called “crazy” but not a “Christian terrorist act” on US soil. Muslims who become unruly in expressing political dissent earn a “terrorist” status, unlike the merely “uncivil” label for the perpetrators of last week’s hate-fest against pro-health care bill senators, who were hounded by death threats and vandalism.

The local nature of the Hutaree reminds me of another domestic terrorist act, the Oklahoma City federal building bombing, fifteen years earlier. I lived in an educated East coast community, working amongst some of the elite business professionals of the region. I mistakenly hoped for tolerance in this “intelligent” society. Yet within the first half-hour of the Oklahoma crisis, my angry and emotional supervisor menacingly addressed me in the presence of our lead manager, “Hey, you know what! We are going to find those terrorists, and when we do, we will bomb that country to shreds. Just you wait.” The next week the hunt was on for a local white man, Timothy McVeigh, who, despite being hated by the public, has never been labeled a “Christian terrorist.”

In recent years, I have been residing in a Bible Belt state, where amongst Christian outreach and kindness are reminders of Christian insularity, a behavior that rejects diversity. Emblazoned in my memory is a particular time when my daughter was six. I had chuckled as she asked during the Christmas season, “Mommy, everyone at school keeps saying Jesus Crises, Jesus Crises. What is wrong with him, Mommy? Is he in trouble?” As believers in Jesus, I had previously taught her the Muslim reverence for the Islamic concept of Prophet Jesus but had never used the term “Jesus Christ.” Once the mystery was clarified to her, my elated child returned to school, sharing with her classmates the fact that she now understood what they meant by “Jesus Christ!”

A few days later, I was not laughing as she sobbed, recounting how a few kids at recess said that their “parents don’t want them to play with someone who did not know who Jesus Christ was.”

The emotional damage suffered by Muslim families, harassed at work and school by a public whose media-enabled prejudices foster a culture of broad-brush hate, is devastating. So this week I was able to relate to my Christian neighbors, who, because of the Hutaree saga, all of a sudden felt painfully attacked and defensive of a religion that helps them to lead more fulfilling and loving lives. Upstanding Christians made the correct media appeal to refrain from using the “Christian terrorist” label to refer to a fringe element that is actually “un-Christian.” These same individuals should better appreciate the emotional scars inflicted by the name-calling media upon the mainstream American-Muslim community, in the spirit of the Christian golden rule: “Do unto others as you would have them do unto yourself.” It’s time to work together to end Islamophobia, too.

Zahra KhanAuthor This article was originally posted on Huffington.com by Zahra Khan. 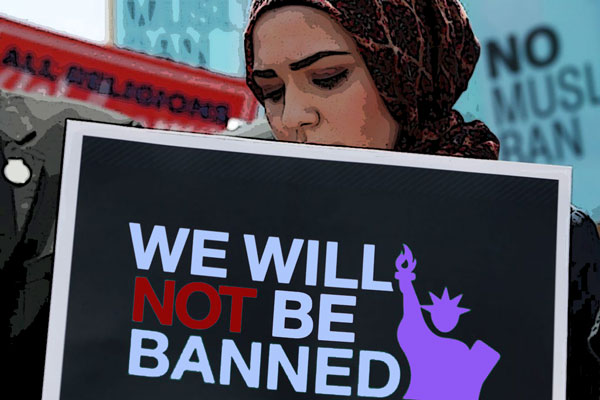