As the school bell rang and Mrs. Davis corralled all of us kindergarteners into class, we heard a voice over the intercom: “Please stand and place your right hand over your heart to say the Pledge of Allegiance.” I looked around and everyone was up, facing the flag, right hand over their heart. I joined in: “I pledge allegiance, to the flag of the United States of America, and to the Republic, for which it stands, one nation, under God, indivisible, with liberty and justice for all.”

I love America. Land of the free, home of the brave. One God. Liberty. Justice. I love this country! God bless America! I was indoctrinated with patriotism — devoted love, support, and defense of one’s country — before I could think for myself. I was unaware of the world around me, young and living in a bubble. At some time in an individual’s life however, the pristine feel of America’s bubble can burst. And when it does, the realization that hypocrisy is everywhere enshrouds them. Mine burst the very next year, after kindergarten, in 1991. I’m Muslim. But people really didn’t know what that meant. They just knew I had a funny name and my hat (kufi) was without a brim. What they did know about me though, was that I was Black. This awareness was with me from the youngest age. As a Black American born in Los Angeles, California, my eyes bore witness to things no child should see.

Even though as a child I didn’t have the experience to fully grasp what I saw, the misery was palpable. Crack ravished the Black community unforgivingly. The prison industrial complex stole black bodies, devoured souls and eroded Black families. I lived amidst gross poverty, crackheads, drug dealers, HIV/AIDS, gang wars, and police brutality. And the excesses of law enforcement in our community wasn’t America just being “tough on crime.” As Ava DuVernay depicts in her documentary, “13th,” and as a Michelle Alexander details in her landmark book, “The New Jim Crow: Mass Incarceration in the Age of Colorblindness,” this was certainly a systemic attack on Blacks in America. America maligned and abused me and people who shared my skin color. America made us feel unloved and unwelcomed. I came to hate America for this.

A Visit from the US Army

There was no bubble outside of school. School was our safe space. And I loved going to school. I remember vividly the day our classroom was visited by three US Army service members. One of the guys was Black, like me. And he was strong. He told me to grab his bicep with both hands. He took me for a ride, lifting me up as he flexed his American-made military muscle. You could’ve signed me up right there. I wanted to be just like him. I was ready to “Be All You Can Be.” I raced home and told my parents about the excitement of seeing the strong army guy; my Pops snapped back at me with an unsettling look on his face, “Don’t you know they’re overseas killing Muslims?!”

Now I had no idea what was going on, who was right or who was wrong. But I learned all too quickly that innocent Muslims were dying, and America had been involved in wars in Muslim-majority countries for some time. Even until today, America fights questionable wars in these lands. All while American Muslims are caught in a peculiar limbo of their commitment to their religion and their commitment to their country. As I grew older, I felt somewhat like a cockroach, those disgusting pests that everyone would be embarrassed to have in their house and would be quick to exterminate. A Black Muslim kid was America’s roach. And Muslims in other lands, brown and black skinned like me, seemed to be just as expendable in the march of America’s foreign policy campaigns. It seemed as though America couldn’t wait to crush me underfoot. Is it any wonder that my thoughts went something like this: Why should I be devoted to a country that’s not devoted to me? Why should I love a country that doesn’t love me? Why should I support and defend America if it wouldn’t support and defend me? I ain’t no roach. Forget America…

I was grinning, ear to ear, so happy to be back on American soil. Seeing the red, white, and blue stripes on the U.S. flag as I walked into Ronald Reagan Washington National Airport in D.C. thrilled me. Like a breath of fresh air— I was home. Home sweet home. This was after I completed my pilgrimage to Mecca, Saudi Arabia for Hajj in fall of 2012. Accompanied by my wife, my parents, two older brothers, and sister-in-law, I was returning after a twenty-four-day life-altering journey in the Middle East. And yet, here I was, with a renewed pride in being American. Being a Black American. Being a Muslim American. Being a Black Muslim American.

Traveling with my family to Hajj, we felt like ambassadors to the world, representatives of a marginalized community. We engaged in conversations with various people about being Black in America and being Muslim in America. They were astonished by our life experiences, the adversity we face and perseverance necessary to survive, to overcome. They were in awe of our commitment to Islam and to America.

While on the Hajj pilgrimage I reflected on my life’s journey and my life’s purpose. With regards to America, I recognized its imperfection and that it’s a continual work in progress. America has its share of flaws— injustices, immorality, and hypocrisy. At the same time, America has a beauty and grace, positive features that have allowed me and millions of other Americans an opportunity to strive to fulfill the American Dream. There are people around the world who hope to someday experience what America has to offer. In my own life, I enjoyed a good public education, played high school athletics and earned a scholarship to a Division-I school (Division I is the highest level of intercollegiate athletics overseen by the NCAA, the National Collegiate Athletic Association), graduated from Washington State University debt free, and played football for seven years in the National Football League. And because America holds fast to the First Amendment, I have been able to speak openly about issues regarding the Black community and the Muslim community, and have been interviewed by major media networks like NBC, ESPN, NFL Films, Yahoo, Sports Illustrated, and others.

America’s ideals, by no means fully actualized, captivate the world. America is a land of opportunity, a place that has changed the trajectory of life for many people and many families, just like it did for my family and me. America was established on the ideas of thoughtful men who wrote profound words that the nation and all Americans should strive to embody — “We hold these truths to be self-evident, that all men are created equal, that they are endowed by their Creator with certain unalienable Rights, that among these are Life, Liberty and the pursuit of Happiness.” This creed articulates a vision and a hope. And so, patriotism for those with Black skin builds into its basic definition the need to hold America accountable for its actions, that they align with its ideals. And a Muslim’s role on earth is to worship God alone, and to enjoin what is right and forbid what is wrong. What follows is that a Black Muslim American is not America’s cockroach. No — a Black Muslim American is America’s reminder of raw truth.

To Be a Mirror

A Black Muslim American can be a mirror that reflects America’s image back to itself, not to invoke shame, but to provide an opportunity to reckon with itself with honesty and courage, and to make the necessary improvements. The mirror provides America the opportunity to wrestle with its hypocrisy and live up to the principles and values envisioned by the founding fathers of this country.

I’ve learned that patriotism cannot be claimed without truth-telling and action. Patriotism calls people to roll up their sleeves and get involved. If you don’t like the way something is, fix it with words or deeds. America allows its citizens to criticize the government. We are guaranteed freedom of religion, of speech, of the press, freedom of assembly, and so many more rights.

I became a patriot as I benefited from America’s grand array of opportunity, becoming so even while witnessing and experiencing its hypocrisy and moral deficiencies. But my patriotism is not the blind love I had as a young child. My patriotism is more nuanced and complex now; but at bottom, it is a dedication to helping my country fulfill its greatest potential. Life, liberty and the pursuit of happiness— an America we all strive for. It must be an America, though, that demands liberty and justice for all. And I, a Black Muslim American patriot, strive toward that goal with love and sincerity.

Husain AbdullahAuthor Husain Abdullah is a former professional football player in the NFL (National Football League) for seven years until his retirement in March 2016. In 2014, Husain and his older brother Hamza Abdullah, an NFL player at the time, took a one-year leave of absence from their teams to perform the Hajj with family members. 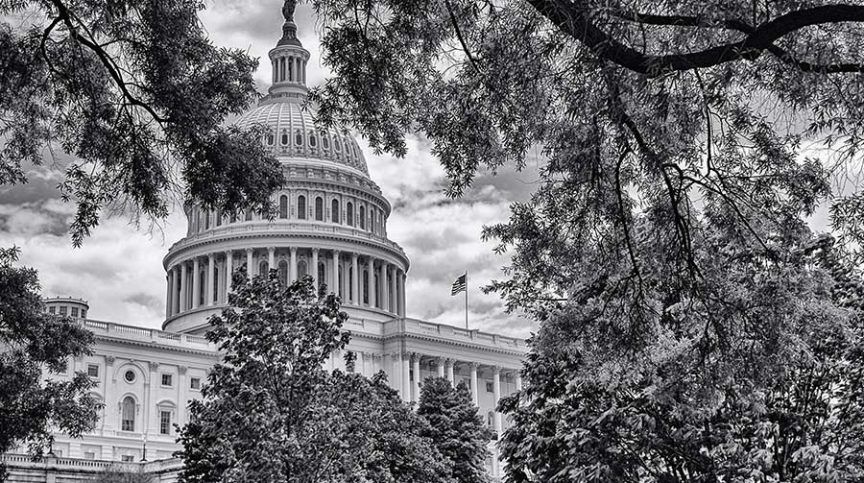 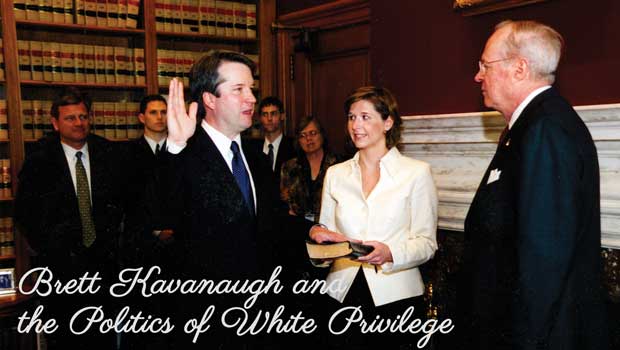 Brett Kavanaugh and the Politics of White Privilege