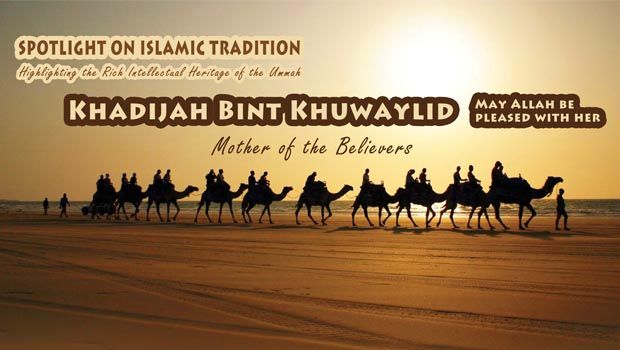 She personified faithfulness, integrity, nobility, generosity, and intelligence. This noblewoman of the Quraysh, Khadijah bint Khuwaylid (may Allah be pleased with her) was a strong business woman, an independent and productive member of society. She was the daughter of one of the chieftains and thus was referred to as “Ameerah” or the “Princess” of Quraysh.

Khadijah was born in Makkah in the year 556 CE. Her mother was Fatimah bint Zae’ed and her father was Khawalid bin Asad, the chief of Banu Asad, a tribe known for being inquisitive and open-minded. Two of her first cousins rejected the idolatry of their people and converted to Christianity before the time of the Prophet (SAW). She inherited her business from her father, and through hard work and intelligence, she transformed it into one of the most prosperous businesses in Makkah.

Khadijah was also called al-Tahirah, which means “the pure one.” Even before she met the Prophet (SAW), she used to feed and clothe the poor, help her relatives financially including those of her kin who did have the means to marry. Remarkably, unlike the rest of her people, she never worshipped idols.

Given her own upright character,she only sought to employ people with integrity and this is why she offered a position to the Prophet (SAW) to lead one of her caravans. She was so impressed by his character and high principles, that she proposed marriage to him, even though she was 15 years his senior.

Khadijah and Muhammad were very happy together and had a blessed marriage life. She bore him six children— two sons, Qasim and Abdullah, who both died in infancy, and four daughters, Zainab, Ruqayyah, Umm Khulthum, and Fatimah, may Allah be pleased with all of them. Khadijah was the ideal wife and mother.

When Prophet Muhammad (SAW) received his first revelation in the cave of Hira, he was bewildered and terrified and hurried home where Khadijah comforted him with words of reassurance and understanding. She told him Allah would protect him, because he never lied, always helped the less fortunate, carried the burdens of others, was always hospitable to strangers, and never caused harm to anyone. With these soothing words, she calmed him and then took him to see her cousin, Waraqah bin Nawfil, mentioned above, who had converted to Christianity in the pre-Islamic period. Khadijah was the first person, male or female, to accept Islam. Without wavering or hesitation, she immediately believed in the message conveyed by Prophet Muhammad, and thus is considered the first person to embrace the religion.

During the difficult years that followed that first Revelation, she was a great support to the Prophet (SAW), especially during the economic boycott of their tribe, Banu Hashim, during the seventh year of prophethood. It was so severe that the Muslims were forced to eat leaves off the trees to survive. Khadijah, who had been brought up in the lap of luxury, now faced the economic hardships with patience and courage.

Her support of the Prophet was not only emotional, but spiritual and financial as well, enabling him to carry his message to the world. She offered her wealth and position in society to help him and Islam, ultimately sacrificing much for the cause.

The Years After Her Death

Khadijah passed away three years before Hijrah at the age of sixty-five, and her death, along with that of Prophet Muhammad’s uncle Abu Talib the same year, was such a tragedy to the Prophet that it was called the year of grief. She was not only his wife, but his best friend, his moral support, his rock to lean on. And he loved her so much that he would always remember her, even after her death, to the point that Aisha (RA) used to say that she was never jealous of any of the other wives of the Prophet (SAW) except for Khadijah.

Khadijah, RA, was cherished by the Prophet as a beloved wife, dearest companion, and strongest proponent. She is also recognized as one of the most excellent of women of all time. Abdullah bin ‘Abbas narrated that one day the Prophet (peace and blessings be upon him) drew four lines on the earth and asked his Companions if they understood what these lines stood for. They respectfully replied that he knew better. He then told them that these lines stood for the four foremost women of the universe and that they were Khadijah bint Khuwaylid, Fatimah bint Muhammad, Maryam bint Imran, (the mother of Jesus) and ‘Asia bint Muzahim (the wife of Pharaoh).

It is related by Abu Huraira that on one occasion, when Khadijah was still alive, Jibreel came to the Prophet (SAW) and said, “O Messenger of Allah, Khadijah is just coming with a bowl of soup for you. When she comes to you, give her greetings of peace from her Lord and from me, and give her the good news of a palace of jewels in the Garden, where there will be neither any noise nor any tiredness.” Khadijah was a Muminah, a true believer in Allah and his Messenger, and she endures as a great paragon for Muslims, both women and men, to emulate in their striving for strong faith, moral excellence, and pious perseverance. 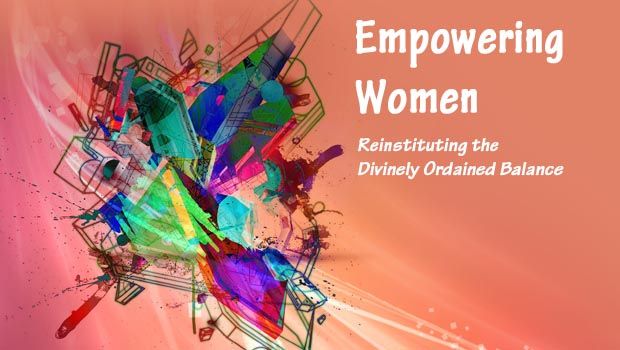 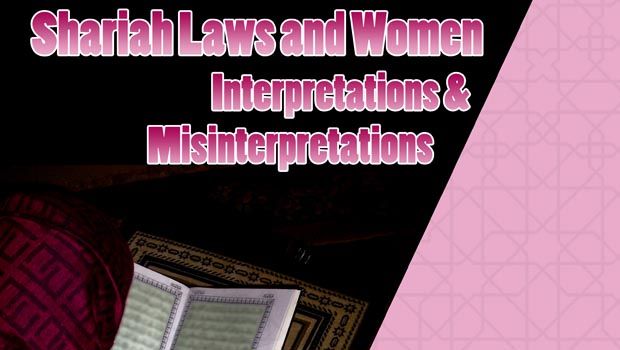