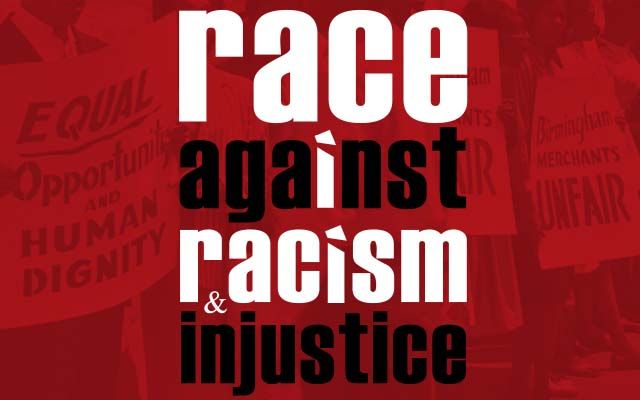 Speaking out against racism and injustice is easy, but keeping oneself free from their poisons is not as simple.  Too often people denounce racism not because they abhor it as personal belief, state policy, or humankind’s pathology of hate and thus want to eliminate its scourges from society once and for all. Rather, a public stance against racism is often dictated by utilitarian consideration and calculation. After all, the social, political and even financial cost for being exposed as “racially insensitive” is steep in America today, as evident in many downfalls from political office. Our politicians therefore are keen to craft their language with anti-racist rhetoric, seeking always to maximize their political gains and support. The worst case is an ethos in which people speak the language that is politically correct, but they continue to feel and act otherwise. Their formula is very simple, as described by K. Taylor in Civil rights and civil wrongs: Racism in America today: “…(they) Acknowledge that the problem exists, while actively undermining any effort to deal with the problem.” Such dissembling is often concealed by high-minded sentiments. Former president George W. Bush while visiting Africa in 2003, said in one of his speeches: “My nation’s journey toward justice has not been easy and it is not over. The racial bigotry fed by slavery did not end with slavery or with segregation. And many of the issues that still trouble America have roots in the bitter experience of other times.” Yet, Bush and his party stalwarts continued dismantling affirmative action and legislating discriminatory policies that put   minorities at ongoing disadvantage and caused great despair in so many aspects of their lives.

Racism is primarily a psycho-moral and spiritual problem. Therefore, the pathology of racism requires a spiritual remedy at both the individual and collective levels

Racism has many forms and faces. We know it can be blatant or subtle and disguised. Thus it’s no wonder that the ascendancy of an African American man to the highest office of the United States didn’t dismantle the racist structure of the society. While Barak Obama’s election is certainly an historic achievement and milestone, we have to face the ugly reality that racism still manifests in treacherous ways and at all levels of our society.  As a position paper on racism put out by the Australian Psychological Society describes, “Modern racism still involves a rejection of minority groups and discrimination, but is now framed in terms of values and ideology rather than a straightforward dislike. Research has demonstrated that the modern variant of racism is more insidious, entrenched, resilient and difficult to counteract.”
So, how does humanity climb out of this xenophobic hell-hole? The answer begins to emerge when we consider that despite all the historic legislation and policy changes put in place to address racial injustice, our society continues to suffer from the disease. Indeed, racism is primarily a psycho-moral and spiritual problem, so “while man’s actions can be legislated, their hearts and fears cannot.” Therefore, the pathology of racism requires a spiritual remedy at both the individual and the collective levels.

We pray that our fellow citizens and the whole of humanity come to recognize that a spiritual approach is needed. Then we might all open our minds and hearts to the spiritual cure Islam freely offers. The Qur’an declares: “O Mankind, We created you from a single (pair) of a male and a female and made you into nations and tribes, that you may know each other. Verily the most honored of you in the sight of God is he who is the most righteous of you” (Qur’an 49:13). This is divine declaration that no individual or group is superior to any other, except by way of virtue and rectitude of action.
Prophet Muhammad (peace be upon him) emphasized this principle: “O people, remember that your Lord is One. An Arab has no superiority over a non-Arab nor a non-Arab any superiority over an Arab; also a black has no superiority over a white, nor a white any superiority over a black, except by piety and good action (taqwa). Indeed the best among you is the one with the best character (taqwa)” [excerpted from the Prophet’s Last Sermon].

This is not a glib slogan; it’s a genuine reminder and warning, for its rejection is tantamount to abandoning Islam and its non-compliance a return to jahiliyyah (darkness, ignorance). In any case, the consequence is the sin of vain glory and ultimate destiny in the hellfire. The Prophet (pbuh) thus warned: “Whoever has pride in his heart equal to the weight of an atom shall not enter Paradise.” A companion asked: “What about a person who likes to wear beautiful clothes and fine shoes,” and the Prophet said: “God is beautiful and likes beauty, while pride is rejecting the truth because of self-esteem and looking down on other people” (Muslim). The Prophet also said: “Let people stop boasting about their ancestors. One is only a pious believer or a miserable sinner. All men are sons of Adam, and Adam came from dust” (Abu Dawud, Tirmidhi).

With such clear and coherent wisdom the Prophet (pbuh) purified his society from racism with its attendant injustices. To likewise cleanse the soul of our nation, we must embrace and fulfill the divine teachings, unifying hearts and minds against the infernal menace of racial supremacism. May God Almighty enable us to do this!