An organized minority can act and appear like a majority. This is part of our high school civics   knowledge. One of our founding fathers—Benjamin Franklin—also reminded us about it. That only a few individuals can mislead and literally fool the entire nation by manufacturing a threat—one which has no credible basis whatsoever—is nonetheless surprising; yet most people in our society don’t seem to be aware of this manipulative exercise, unfortunately. The recent hysteria over shariah in America is the case in point.

Muslims constitute less than two per cent of the U.S. population. Among them, the number of practicing Muslims is even much less. But what we are being told day and night is that “sharia is taking over America.” The absurdity of this accusation is evidently clear: in order for shariah to become law of the land, majority people would have to support this.Then we must ask: who is behind the “No Shariah” campaign and what is the motive? The New York Times reports: “It is the product of an orchestrated drive that began five years ago in Crown Heights, Brooklyn, in the office of a little-known lawyer, David Yerushalmi, a 56-year-old Hasidic Jew with a history of controversial statements about race, immigration and Islam. Despite his lack of formal training in Islamic law, Mr. Yerushalmi has come to exercise a striking influence over American public discourse about sharia.” (Andrea Elliott, “The Man Behind the Anti-Shariah Movement”, NYT, July 31, 2011) Michael Collins Piper of American Free Press also writes: “Working with a cadre of conservative public-policy institutes and former military and intelligence officials, Mr.Yerushalmi has written privately financed reports, filed lawsuits against the government and drafted the model legislation that recently swept through the country—all with the effect of casting shariah as one of the greatest threats to American freedom since the Cold War.”

Fear Inc., The Roots of the Islamophobia Network in America, another important study on the subject reveals that the “No Shariah” campaign is basically comprised of five interlocking elements. The first is the funding source: only seven contributors have given nearly $43 million to anti-Muslim organizations and think tanks in the past decade. The second constituent part is played by five Islam-bashing scholars and policy experts and their organizations. The third element in the anti-shariah campaign is the religious right, and the fourth is comprised of the media enablers. The fifth component involves political players like Michele Bachmann, Herman Cain, Newt Gingrich, and their ilk.

What do these people say about shariah? Anti-shariah campaigners suggest that the shariah law will replace the American constitution and American laws; that Muslims are using stealthy techniques and agendas with the express aim of “destroying Western civilization from within”; that shariah oppresses women and institutes harsh penal laws. The proponents of “No sharia” campaign are imploring the legislators both at the state and federal level, as well as the presidential candidates, “to protect the constitution by repudiating shariah law.”

The fact, however, is that shariah, historically, has been considered and made use of when relevant or suitable in American courts, in exactly the same way as other religious and foreign laws have been applied, with the same objective of serving the cause of justice for litigants from a particular religious or foreign background or community, and yet, wholly consistent with the law of the land. As professor Abed Awad has rightly mentioned: “Shariah is protected by the 1st Amendement and any attempt to restrict it is unconstitutional… As long as a provision in Jewish law, canon law or shariah does not offend our constitutional protections and public policy, courts will consider it.” In fact, a federal court has recently held that a ban on shariah would likely violate the Supremacy Clause of the Constitution and the First Amendment.

Since confusions and misgivings about shariah abound, a few notes on the concept and contents of shariah would be of help. Shariah literally means way or path–Muslims apply the shariah in their lives every day when they pray, fast or carry out their religious obligations. Shariah is not just a set of punishments. It is comprehensive code of conduct that guides Muslim beliefs and practices. The interpretation of Shariah is considered to be valid so long as it protects and advocates for life, property, family, faith, and intellect.  Ibn Qayyim al-Jawziyyah, one of Islam’s leading scholars, said, “Shariah in its entirety is justice, mercy and wisdom. Any rule which transforms justice to tyranny, mercy to its opposite, the good to the evil, and wisdom to triviality does not belong to the Shariah.”

Abraham Foxman, National Director of the Anti-Defamation League (ADL) rightly says “concerns about a ‘creeping Sharia law’ are the stuff of pure paranoia.” He also says that these are the results of “pernicious conspiracy theories.” Indeed, the main purpose behind the anti-shariah campaign is to generate Islamophobia and the perception that Islam and Muslims shouldn’t be part of the American society.

Islamic Circle of North America (ICNA) therefore has taken up the task of dispelling the myths about shariah and communicating the truth to the American public. To this end, ICNA has launched a year-long nation-wide campaign under the theme “Defending Religious Freedom — Understanding Shariah.” Our purpose is to present the facts through open dialogue. We sincerely believe that truth has its own power which, if presented accurately and faithfully, will prevail over falsehood. Our fellow Americans deserve to know the truth and we must not fail them. 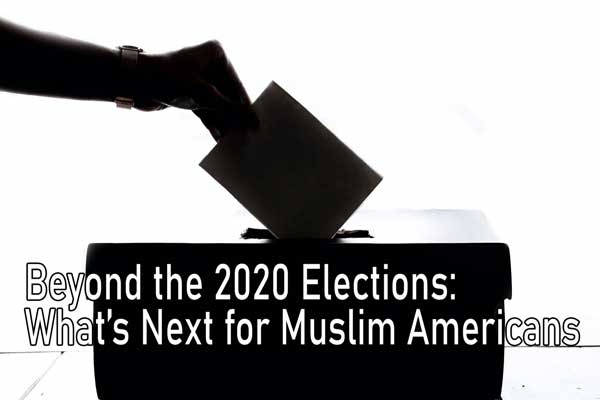 Beyond the 2020 Elections: What’s Next for Muslim Americans