BP: The Gift that Keeps on Giving

The April 20, 2010 explosion of BP’s Deepwater Horizon Offshore Rig in the Gulf of Mexico will be indelibly etched into the collective global psyche as the symbol of corporate irresponsibility, greed, and callous disregard for human life and environmental integrity. Eleven human beings, Aaron Burkeen, Karl Kleppinger, Shane Roshto, Dowey Revette, Gordon Jones, Donald Clark, Stephen Curtis, Roy Kemp, Jason Anderson, Blair Manuel, and Adam Weise were tragically cast to a 5,000 foot deep watery grave as a direct result of cost-curbing and time-saving decisions made by BP officials leading up to the catastrophic explosion. BP company executives were ecstatic when announcing on April 27th that 2010 first quarter profits of $6.08 billion were 135 percent higher than last year’s $2.56 billion for the same period.

Nevertheless, BP officials refused to install an emergency cutoff switch valued at approximately $500,000 at the Deepwater Horizon Offshore Rig that industry experts contend would have saved the Gulf of Mexico, the mid-Atlantic and southern seaboard from becoming a potential lifeless, sludge-filled, toxic dump that may even threaten human, marine, bird, and plant life across the Atlantic Ocean. Gushing into the Gulf of Mexico at the unconscionable estimated rate of over one million gallons a day, the black crude is so devastating to the ecosystem that marine biologists and other scientists estimate that affected seafood, shrimping, and tourist industries may not recover for decades, if at all. New Orleans, arguably America’s most unique cultural enclave, is poised to possibly forever lose it historic national fingerprint as a direct result of BP’s well-documented history of business practices seemingly unencumbered by considerations of human and environmental safety.

Yet, British Petroleum found all-too-willing accomplices in various US Presidential administrations in their crimes against nature. In 1980, The Heritage Foundation, a conservative think tank, provided US President Ronald Reagan a “Mandate for Leadership,” a discourse that emphasized “Trickle-Down Economics” and highly touted government deregulation of essential industries like oil. As a result of Reagan era deregulation that basically remains in place today, work place safety standards and practices were severely compromised. The United States Minerals Management Service of the Interior Department is technically responsible for monitoring and sanctioning, when necessary, the oil industry. But, this same Interior Department exempted BP from conducting a detailed environmental impact analysis of their deep water operation in the Gulf choosing instead to acquiesce to BP’s creative reporting that there would be minimum damage to the environment in the “remote” case that there was a leak. Research suggests that the US Minerals Management Service never required BP to submit an analysis in the eventuality of an enormous spill/leak like the one at the Deepwater Horizon Offshore Rig. This cozy BP (oil companies) federal government relationship was augmented by the mammoth lobbying efforts of Congressmen by BP executives over the last few decades. The federal government became a virtual rubber stamp for the business practices of BP.

Moral outrage over the corporate excesses of companies like Anglo-Iranian, which changed its name to British Petroleum after the 1953 coup by the CIA and British of Iran’s democratically-elected President Muhammad Mossadegh, is not enough. The industrialized world’s obsession with oil, a finite fossil fuel, is driving the foreign policy and military agendas of nations like the United States into the proverbial Deep Blue Sea. In the fabled story of “Moby Dick,” the1851 book by American author Herman Melville, the central character of the work, Captain Ahab, leads himself and most of his crew on an obsessive mission to kill a monstrous great white whale only to be eventually carried beneath the sea roped to the back of the monstrous creature. The oil that this nation is so irrationally preoccupied with in possessing has driven it to turn a blind eye to oil company abuses, occupy other nations, or to exact punitive economic or technological actions against countries not willing to place America’s energy and resource interests above its own.

Muslims must actively participate in the environmentalist movement and take the lead in educating about the nature and causes of the daily degradation of our environment and proactive responses that must be taken. Every masjid, Islamic Center, and Muslim school should have classes on the environment and take collective action to preserve our planet’s integrity. There are close to 500 references to nature in the Quran. We must educate ourselves to speak out against this corporate abomination against the environment or at least hate it in our hearts and not be a party to it. 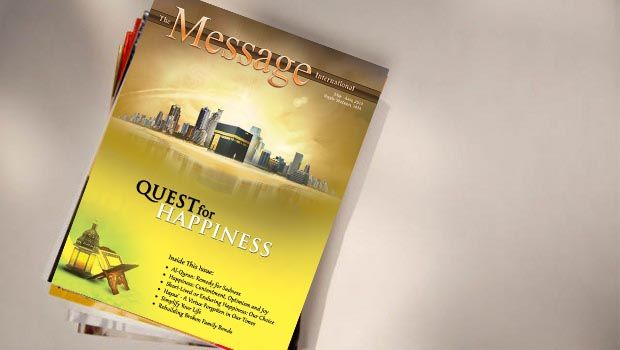 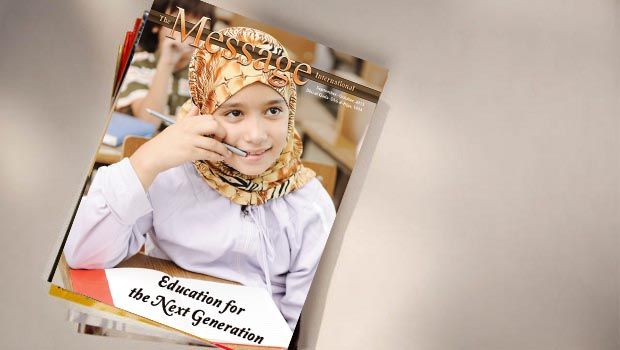