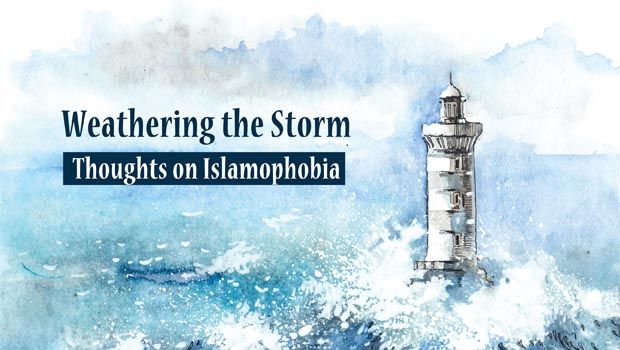 When I was in the 5th grade, around 10 or 11 years old, I was blessed to be placed in the classroom of a teacher would become my favorite of all time, Ms. Rosa Lee Watts. She was a strict, authoritarian educator in a Texas military base elementary school, who rarely showed a soft side, but it was her stringent rules and order in the classroom that fascinated me. One of the seemingly out-of-character things that she did that I am grateful for until this day is allowing my friend and me to vent our frustrations by performing spoken poetry in front of the class.What we thought at the time was that we had composed cool rap songs. It was the early ‘90s and the topic of our amateur lyrics was Operation Desert Storm. The mother of my friend, Rachel, was active duty military and so was my father.Both had been deployed to Iraq.

As Muslims, we just have to continue to do our best to educate the people who do not know what Islam is really about.

This faraway land that was the Middle East was alien to us. All we knew was what we heard from our parents and what we saw in the news, but we barely understood. What mattered was that our country was at war, our parents were sent off to fight the bad guys, and that it was all Saddam Hussein’s fault. He was the evil villain who was oppressing the people of Iraq and Kuwait, and the United States had to go and liberate them, like the superheroes in the comic books I read or cartoons that I saw on TV. The details of the conflict did not matter.My father could die, Rachel’s mother was in danger, and that is all I cared about. During those times, the names of the soldiers who were lost in combat were displayed periodically on a blue screen backdrop on TV. It was traumatizing for my mother, my brother, and me to sit frozen on the couch in the living room on a daily basis watching the names scrolling alphabetically on the screen, and there was always aweary sigh of relief when the list did not include “Diaz” and got to the names starting with “E.”

Rachel and I would get together and talk about these things and eventually began to put our feelings on paper. The words became poetry and the poetry transformed into rap. We showed Ms. Watts our songs and expressed a desire to share them with our peers, many of whom were going through the same thing. She gave us the platform we needed to perform our rap in front of the class. We spoke about the war, the emotional turmoil that it caused our families, our fear of losing a parent, our hate for the “bad guys” and our desire to wipe them off the face of the earth so that our parents could return to us safely. We needed someone to blame and so our anger was directed at this unknown menace. One of the songs we wrote was even called “Bomb Saddam,” and as militant and hawkish as it sounds, it came from the deep-rooted fear and in security I felt as an innocent child, but it is something that now, as an adult and as a Muslim, I could never feel or say about any human being, guilty of major wrongdoing or not.
I did not know about Islam during that time, so I never associated Iraq or its leader with Islam and Muslims, and not even in my wildest imagination would I have ever thought that I would embrace Islam only ten years after Desert Storm. When my father returned safely from the war, I did not give further thought to Saddam Hussein, Iraq, Kuwait, or anything else. I just basked in the bliss of smelling the scent of my father, of feeling his warm embrace, of cuddling next to him while watching TV and sinking into his side; I felt protected again and I felt free of worry and distress. My father told us about his adventures in the Middle East and his fascination with the culture. He told us that the people would leave their shops and belongings unattended to go pray after someone chanted something loudly in the streets and on the rooftops.
Now as a Muslim I understand that this was the call to prayer and these people were going to worship God, Allah, despite the turmoil surrounding them and the presence of a foreign military power. I am grateful to Allah for so many things, past and present – for delivering my father safely back home and allowing him to share these stories with us, but above all for His guidance and permitting me to piece this puzzle together after so many years.

I called Ms. Watts when I was graduating from college to let her know that she was my all-time favorite teacher, and I felt compelled to inform her that I had converted to Islam so I could undo any damage that I may have done when I performed those songs in front of her class years before. I felt it was my duty to tell her that Islam is good and is independent and separate from the mistakes of human beings. She was happy to hear from me and she spoke to me about some of my classmates who had kept in touch with her, including Rachel. I sent her a photo of me in hijab, which she told me she proudly framed and hung on her wall. A few months later her son emailed me to tell me that she lost a battle with cancer.

Fear and Insecurity at the Forefront Again

This weekI read a warning issued by CAIR, the Council on American-Islamic Relations, about anti-Muslim rallies being organized in front of mosques all over the US on October 9 and 10, and all the past memories came to my mind – Operation Desert Storm, rap songs venting our fears and insecurities, Ms. Watts, and my father’s homecoming. The organizers of the armed protests are calling for “fellow patriots, veterans, bikers, and good ol’ boys” to join them as they demonstrate their hatred for Muslims and vilify them in front of their places of worship. I wondered if I would be welcomed since I am an American and I happen to be the granddaughter of a veteran, the daughter of a veteran, the sister of a veteran, and the sister-in-law of a veteran…but yet I am a Muslim.
My grandfather served in the Korean War in the famous 65th Infantry Regiment known as the Borinqueneers (as quadron of Puerto Rican soldiers).My father, who served for over 30 years,is retired from the army but still works for the Department of Defense whose mission is to protect the security of the nation and the lives of all Americans.My only brother and his wife are also in the army and both have been deployed to Iraq and Afghanistan numerous times. They represent three generations of military service, risking their lives to protect the liberties of all citizens of the US, regardless of their religion. It seems ironic that whoever organized the rallies failed to realize that there are Muslim veterans (or in my case, Muslim relatives of veterans), and that there are Muslim soldiers actively serving in the military, as well as Muslims in all sectors of American society. Their hatred has completely blinded them to the facts that surround them.
I thought about myself and the rap songs that I wrote with Rachel and I realized that this islamophobia is nothing more than the same fear and insecurity I felt as a child. However, these folks are not children, and their irrational anxiety is being targeted towards the entire Muslim population, serving as the identity of a new menace. But rather than write poetry about it, they have pasted their hateful emotions on T-shirts, posters, billboards, and the like, and have decided to take up arms and march towards the mosques,intending to vilify and intimidate the people who they accuse of terrorism by proxy or association.

Now as a Muslim I find myself on the other side of the coin. I don’t blame them completely because the reality is that many of these people have been exposed to unrelenting negative propaganda by the mainstream media, and lack even the minimal knowledge about Islam necessary to recognize the inaccuracies in their perceptions of the religion and its followers. They have been made to believe that there is an imminent threat to their safety and security as Americans, that the Muslim is a boogie man out to take away their freedoms, and that Islamic law will slowly sneak its way into the American justice system. The major news networks, and many journalists, politicians, and ideological hacks have all participated in and contributed to the maligning of Islam and Muslims. Some engage in their campaign of exaggeration and double standard, even at times outright lies, out of ignorance or intellectual laziness; but others are quite conscious and deliberate in their loathsome denunciations, ignoring all ethical and intellectually honest considerations.
Yes, 9/11 did happen. Terrorists are beheading people and posting the videos online for all to see. But no honest and thorough investigation of 9/11 was done, according to many of the families of the victims; 28 pages of the 9/11 Commission investigation remain redacted. And the political entanglements that result from endless American interventions in the Middle East and elsewhere are extremely complicated, with endless layers of deception, subterfuge, and personal and national exploitation by all major political actors. What is simple and straightforward is that Islam is free of all the defects, injustice, and violent zealotry that have been attached to it, whether by ignorant or cunning Western leaders and demagogues, or by extremist Muslims themselves.
One thing we can actually thank the media for is making Islam, Muslims, and Muhammad household names and opening up the doors to communication and education. Not all (non-Muslim) Americans hate Islam and Muslims, and the ones who do might be hardened in their mental position today but receptive to a more rational and nuanced perspective tomorrow. Allah SWT makes such things possible. With a little dialogue and a lot of compassion and common sense, we can change the narrative and, insha’Allah, reach some of those people.
As Muslims, we just have to continue to do our best to educate the people who do not know what Islam is really about.We have to weather the storm like Rachel and me did in the 5th grade, and we have to forgive the ones who offend us because they do not realize that their reactions are narrow-minded and often irrational, stemming from overblown fear and insecurity,and the proneness to bigotry not yet weeded out of their souls. In the spirit of Prophet Joseph, peace be upon him, when head dressed his brothers years after they had thrown him into the dark well, let us say to them:”No reproach on you this day; may God forgive you, and He is the Most Merciful of those who show mercy!” (12:92). 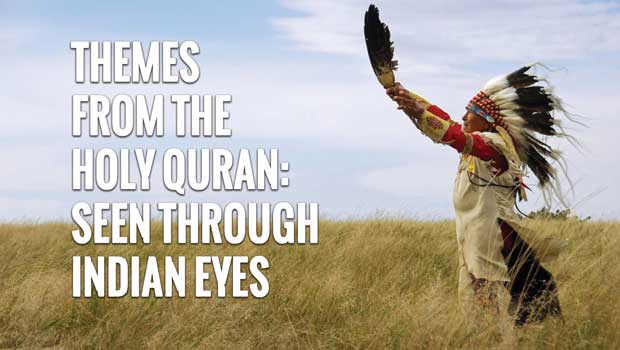