By Wajahat Ali and Mathew Duss

A number of state and national politicians have adopted this interpretation and 13 states are now considering the adoption of legislation forbidding Shariah. A bill in the Tennessee State Senate, for example, would make adherence to Shariah punishable by 15 years in jail. Former Speaker of the House of Representatives and potential presidential candidate Newt Gingrich has called for “a federal law that says Sharia law cannot be recognized by any court in the United States.”

The fullest articulation of this “Sharia threat” argument, though, is in the September 2010 report “Sharia: The Threat to America,” published by the conservative Center for Security Policy. The authors claim that their report is “concerned with the preeminent totalitarian threat of our time: the legal-political-military doctrine known within Islam as ‘Shariah.’” The report, according to its authors, is “designed to provide a comprehensive and articulate ‘second opinion’ on the official characterizations and assessments of this threat as put forth by the United States government.”

The report, and the broader argument, is plagued by a significant contradiction. In the CSP report’s introduction, the authors admit that Islamic moderates contest more conservative interpretations of Shariah:
Sharia is the crucial fault line of Islam’s internecine struggle. On one side of the divide are Muslim reformers and authentic moderates… whose members embrace the Enlightenment’s veneration of reason and, in particular, its separation of the spiritual and secular realms. On this side of the divide, Sharia is a reference point for a Muslim’s personal conduct, not a corpus to be imposed on the life of a pluralistic society.

The authors later assert, however, that there is “ultimately but one shariah. It is totalitarian in character, incompatible with our Constitution and a threat to freedom here and around the world.”

The initial concession that Muslims interpret Shariah in different ways is accurate and of course contradicts the later assertion that Sharia is totalitarian in nature.

Any observant Muslim would consider him or herself a Shariah adherent. It is impossible to find a Muslim who practices any ritual and does not believe himself or herself to be complying with Shariah.

But by defining Shariah itself as the problem, and then asserting the authenticity of only the most extreme interpretations of Shariah, the authors are effectively arguing that the internecine struggle within Islam should be ceded to extremists. They also cast suspicion upon all observant Muslims.

It’s important to understand that adopting such a flawed analysis would direct limited resources away from actual threats to the United States and bolster an anti-Muslim narrative that Islamist extremist groups find useful in recruiting.

It would also target and potentially alienate our best allies in the effort against radicalization: our fellow Americans who are Muslim. According to the “Sharia threat” argument, all Muslims who practice any aspect of their faith are inherently suspect since Shariah is primarily concerned with correct religious practice.

This brief will explain what Shariah really is and demonstrate how a misrepresentation and misunderstanding of Shariah—put forth in the CSP report and taken up by others—will both harm America’s national security interests and threaten our constitutionally guaranteed freedoms.

What is Shariah?
The CSP report defines Shariah as a “legal-political-military doctrine.” But a Muslim would not recognize this definition—let alone a scholar of Islam and Muslim tradition. Muslim communities continue to internally debate how to practice Islam in the modern world even as they look to its general precepts as a guide to correct living and religious practice.

Most academics studying Islam and Muslim societies give a broad definition of Shariah. This reflects Muslim scholars struggling for centuries over how best to understand and practice their faith.

But these specialists do agree on the following:

Any observant Muslim would consider him or herself a Shariah adherent. It is impossible to find a Muslim who practices any ritual and does not believe himself or herself to be complying with Shariah. Defining Shariah as a threat, therefore, is the same thing as saying that all observant Muslims are a threat.

The CSP report authors—none of whom has any credentials in the study of Islam— concede this point in several places. In the introduction they say, “Shariah is a reference point for a Muslim’s personal conduct, not a corpus to be imposed on the life of a pluralistic society.” Yet the rest of the report contradicts this point.

The authors, in attempting to show that Shariah is a threat, construct a static, ahistorical, and unscholarly interpretation of Sharia that is divorced from traditional understandings and commentaries of the source texts.
The “Sharia threat” argument is based on an extreme type of scripturalism where one pulls out verses from a sacred text and argues that believers will behave according to that text. But this argument ignores how believers themselves understand and interpret that text over time.

The equivalent would be saying that Jews stone disobedient sons to death (Deut. 21:18- 21) or that Christians slay all non-Christians (Luke 19:27). In a more secular context it is similar to arguing that the use of printed money in America is unconstitutional— ignoring the interpretative process of the Supreme Court.

In reality, Shariah is personal religious law and moral guidance for the vast majority of Muslims. Muslim scholars historically agree on certain core values of Shariah, which are theological and ethical and not political. Moreover, these core values are in harmony with the core values at the heart of America.

Muslims consider an interpretation of Shariah to be valid so long as it protects and advocates for life, property, family, faith, and intellect. Muslim tradition overwhelmingly accepts differences of opinion outside these core values, which is why Shariah has survived for centuries as an ongoing series of conversations. Shariah has served Muslims who have lived in every society and in every corner of the planet, including many Americans who have lived in our country from before our independence down to the present day.

It is surprising that a group claiming to be invested in American national security would suggest that we make nonviolent engagement criminal.

Suspicion Based on Religious Misinterpretation

The CSP report’s contradictions can only be resolved through unconstitutional means. And the authors propose doing so with no sense of irony.

They argue that believing Muslims should have their free speech and freedom of religion rights restricted: “In keeping with Article VI of the Constitution, extend bans currently in effect that bar members of hate groups such as the Ku Klux Klan from holding positions of trust in federal, state, or local governments or the armed forces of the United States to those who espouse or support Shariah.”

The authors have already conceded that even mainstream Muslims espouse Sharia. So by the report’s own analysis, CSP are recommending that even mainstream American Muslims, who follow Sharia in their personal lives, be prohibited from serving in the government or the armed forces.

The authors cite Koran verses that “are interpreted under Shariah to mean that anyone who does not accept Islam is unacceptable in the eyes of Allah and that he will send them to Hell,” concluding, “When it is said that Shariah is a supremacist program, this is one of the bases for it.”

It is no secret that many Christians interpret their own faith to mean that non-Christians are destined for Hell. Is this too a form of supremacism?

Many advocates of the “Sharia threat” also refer to taqiyya, an Arabic word that means concealing one’s faith out of fear of death, to mean religiously justified lying. Not all Muslims subscribe to the theological concept of taqiyya, however. In fact, it is a minority opinion.

The charge of “taqqiya” is often deployed by “Sharia threat” advocates when confronted with evidence that refutes their thesis. Under this methodology one cannot trust any practicing Muslim. Even if a Muslim preaches and practices nonviolence the CSP authors would say that person is either not a true Muslim or is practicing taqiyya.

They have, in fact, used this tactic against Muslim-American leaders who advocate strong civic engagement. Responding to Imam Feisal Abdul Rauf ’s assertion that the proposed Park 51 Islamic Center in New York would be a venue for interfaith dialogue, CSP’s Frank Gaffney wrote in The Washington Times: “To be sure, Imam Rauf is a skilled practitioner of the Shariah tradition of taqqiya, deception for the faith.”

While providing a mechanism for critics to ignore any disconfirming evidence, adopting such an interpretation of taqiyya would almost certainly result in every observant Muslim being branded a liar.

The authors of the CSP report are clearly aware of this, and they try to temper their conclusions: “This is not an argument for trusting or mistrusting someone in any particular instance,” they write. “It is, though, an argument for professionals to be aware of these facts, to realize that they are dealing with an enemy whose doctrine allows—and at times even requires—them not to disclose fully all that they know and deliberately to misstate that which they know to be the truth.”

In other words, all Muslims are suspect simply by virtue of being Muslims.

The CSP report’s premise is that Shariah is the problem and that observance of Shariah results in extremism. The authors do not acknowledge that Shariah is something the extremists are attempting to claim.

This purposeful misconstruction of the security issues America faces ignores multiple data points and turns all Muslims into traitors. According to a report from the Combating Terrorism Center at West Point, 85 percent of all terrorist victims are Muslims. The Muslim community, therefore, has good reason to ally with American interests to defeat extremists. Those who assert the most extreme definition of Shariah agree with the extremists’ definitions of Islam and help create an environment of alienation and distrust—which serves extremist interests, not American interests.

Adopting the CSP’s analysis—and the hysteria over the “Sharia threat” that it is clearly intended to provoke—will prevent us from working with our natural allies and weaken our ability to protect ourselves. The war against extremism cannot be labeled as a war against Islam. Taking such a civilizational, apocalyptic view could well become a self-fulfilling prophecy. Further, we actually allow extremists to operate more freely without a clear identification of the threat and a consistent and constitutionally defensible system for recognizing and tracking extremists.

It is important to recognize that Muslims are in an ongoing conversation to define what their faith will look like. They have engaged in that conversation for centuries. But the challenge of faith and modernity is not unique to Muslims, and we cannot single them out for their beliefs.

Finally, it’s important to note that even if the most extreme interpretation of Shariah were the correct one, there is no evidence that the U.S. legal system is in any danger of adopting tenets of Shariah.

To put this in perspective, the extreme Christian right in America has been trying for decades to inscribe its view of America as a “Christian nation” into our laws. They have repeatedly failed in a country in which more than three-quarters of people identify as Christians.

It’s extremely unlikely that an extreme faction of American Muslims, a faith community that constitutes approximately 1 percent of the U.S. population, would have more success. We need to both respect constitutional freedoms and understand that the Constitution and our courts guarantee a separation between church and state.

The “Sharia threat” argument is so irresponsible as to almost demand a comic response, were it not for the disastrous consequences of adopting it. It’s important that its claims be interrogated rigorously, in order to understand that they should not be taken seriously. 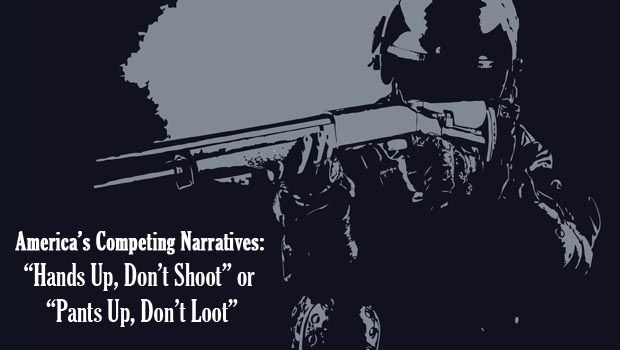