Last year, during the 2016 NFL preseason, San Francisco 49ers Colin Kaepernick remained seated on the bench during the national anthem. Due to tightness in his right shoulder, he wasn’t dressed to play, and no one thought much of it. Then on August 26, in the third preseason game, Kaepernick sat through the anthem — while in uniform. An NFL Media reporter took notice and questioned him. Kaepernick responded, “I’m not going to stand up to show pride in a flag for a country that oppresses black people and people of color.” He continued, “To me, this is bigger than football and it would be selfish on my part to look the other way. There are bodies in the street and people getting paid leave and getting away with murder.”

A week later, teammate Eric Reid joined Kaepernick’s protest against oppression and against police brutality. This time the two players took a knee rather than sitting during the anthem. Reid explained in an op-ed for the New York Times that they came to the decision after “hours of careful consideration.” He stated, “We chose to kneel because it’s a respectful gesture. I remember thinking our posture was like a flag flown at half-mast to mark a tragedy.” The protest rippled outside of the NFL when on September 4, Megan Rapinoe, an openly gay player of the National Women’s Soccer League, kneeled during the anthem in nod to Kaepernick’s cause. A month later, NBA players for the Rockets and Knicks locked arms during the anthem in solidarity. Across the country, college and high school players, coaches, cheerleaders, and band members took a knee.

Key actually wrote three more verses, and it is part of the unsung third verse that has raised eyebrows and drawn closer analysis due to recent protests

Then things quieted. “For almost a year, it was at most maybe a dozen players spread across the league, and many were doing their own form of protests,” said Jacob Feldman, a reporter for Sports Illustrated.
Fast forward to September 22, 2017. President Trump, while making an appearance at a campaign rally in Huntsville, Alabama to support Republican senatorial candidate Luther Strange, went off topic and took a moment to comment on the protests: “Wouldn’t you love to see one of these NFL owners, when somebody disrespects our flag, to say, ‘Get that son of a b*tch off the field right now, out. He’s fired. He’s fired!’”

The response was immediate— during that Sunday’s NFL games, owners, coaches, and players participated in a league-wide protest. The Seattle Sea hawks and Tennessee Titans stayed off the field entirely for the national anthem. The New York Jets locked arms, along with acting owner Christopher Johnson, while several players for the Miami Dolphins linked arms or knelled. In London, over a dozen players knelt before the game between the Baltimore Ravens and the Jacksonville Jaguars. The Houston Texans locked arms while 20 players for the New England Patriots knelled. Philadelphia Eagles’ players surrounded Malcolm Jenkins, who for the past year, had been raising his fist during the anthem. And the list goes on. Ten members of the New Orleans Saints sat on the bench. The Minnesota Vikings locked arms. The entire offensive line of the Oakland Raiders knelt. “At that point, it became a lot more of a statement of unity between the players,” said Feldman of the protests after Trump’s remarks. “However they feel about Colin Kaepernick, they feel you shouldn’t talk about NFL players—about people—that way.”

But for all the ensuing unity, there was also the backlash to the year of protests. Sean Gregory wrote in TIME that for many fans “Kaepernick’s act of defiance was more than an unwelcome intrusion of politics into their leisure time—it was a rejection of the nation itself.” The President, at the rally in Alabama, called the behavior of NFL protesters “a total disrespect for our heritage” and “a total disrespect for everything we stand for.” But is it?

Over 200 years ago, on September 13, 1814, British warships attacked Fort McHenry in Baltimore Harbor for 25 hours as part of the ongoing War of 1812. “It seemed as though mother earth had opened and was vomiting shot and shell in a sheet of fire and brimstone,” wrote Francis Scott Key, a 35-year-old American lawyer who watched the barrage. Shockingly, on the morning of September 14, Key saw the American flag waving over the fort, signaling a victory over the British. The flag, “The Star-Spangled Banner,” is on permanent exhibit at the National Museum of American History, and the poem Key wrote after witnessing the victory in the “dawn’s early light,” now carries the same name, though when it first ran in the Baltimore Patriot, it was originally titled “Defense of Fort M’Henry.”

The poem, set to the tune of an old drinking song, didn’t become the official national anthem until March 3, 1931, when Herbert Hoover signed into law H.R. 14. Marc Ferris, who wrote a history of the national anthem and sporting events, said in an interview with NPR, “The first documented time that we know the song was played at a sporting event is in 1862 in Brooklyn.” It was a baseball game. “But the thing is, you had to hire a band,” said Ferris. “That was expensive, so it was only for special occasions—opening day, holidays—up until the time of World War II, where sound systems come in, so they could play a recording. And thus, they started to play it before every game.”

Even then, it took a bit longer for the anthem to be a mainstay opener. According to Ferris, teams like the Baltimore Orioles and the Chicago Cubs felt that playing the anthem before each game “cheapened its impact” and decided to play it only for special occasions throughout the 1950s. In the 1960s, the Chicago White Sox even tried substituting “God Bless America.” As Gregory smartly points out in his TIME article, professional leagues “have made a concerted effort to associate their brand with love of country.” And none “has done so with more fervor than the NFL, whose product is the most-watched sport in America,” he wrote.

Today, amidst the displays of flags and fireworks before each game, Key’s first verse is belted out with pride by selected singers, who range from celebrities, to veterans, to kids. But Key actually wrote three more verses, and it is part of the unsung third verse that has raised eyebrows and drawn closer analysis due to recent protests:

No refuge could save the hireling and slave
From the terror of flight or the gloom of the grave,
And the star-spangled banner in triumph doth wave
O’er the land of the free and the home of the brave.

Some have interpreted these lyrics to mean that Key was celebrating the deaths of black slaves who joined the British as mercenaries on the condition that they would be set free. Yet, as AJ Willingham notes in an article for CNN Sports, “The mere mention of ‘slave’ is not entirely remarkable; slavery was alive and well in the United States in 1814. Key himself owned slaves….” Musicologist and professor of music history, Mark Clague, expands on this point in an opinion piece: “America’s soldiers included mainly whites, but also free and escaped blacks. Escaped slave William Williams served in the US infantry at Fort McHenry and was killed by a fragment of a British bomb.” Clague uses this point to argue that “The Star-Spangled Banner” honors “American military heroes, black and white, without regard to race” but also acknowledges the anthem “shares its conceptual DNA with the United States as a whole” and is a “product of a time when the stain of slavery was clear on the nation and part of U.S. law.”

The interpretation of Key’s third verse remains up for debate, but in U.S. history, the national anthem has repeatedly been the occasion of protest. Baseball legend Jackie Robinson wrote in his 1972 autobiography, “I cannot stand and sing the anthem. I cannot salute the flag. I know that I am a black man in a white world.” And at the 1968 Olympics in Mexico City, Tommie Smith and John Carlos, two African-American U.S. Olympic runners, raised their fists while the anthem played during the medal ceremony.

Earlier that same year, Martin Luther King, Jr. had been assassinated. Professor of Islamic Studies, Omid Safi, said of King, “He reminded us that the greatness of America is the right to protest for rights.” Safi says that the Kaepernick story is “quintessentially an American story. He is deliberately situating himself in the legacy of people like Muhammad Ali and Malcolm X.” Safi continues, “This is what Martin said, this is what Malcolm said, this is what Colin says— that the health of democracy is not measured by its wealth.” Safi points out, “If we measure greatness not by the size of our buildings or the national wealth we generate, but based on how people who find themselves weak and vulnerable are faring, then we know that greatness is far from our present state.”

Islam requires us to work hard to lighten the burden of hurting or needy or oppressed human beings. We must be the voice that uplifts, with caring and empathy, those who are suffering — however and wherever we can. But we must also, invariably, be a voice that resonates with knowledge, courage, and morality. Then we can join with all those in our nation who protest injustice, at home and around the world, and demand that our nation live up to the highest ideals.

Yasmin BendaasAuthor Yasmin Bendaas is a Journalism and Anthropology graduate of Wake Forest University who is currently completing her Masters in Journalism at University of North Carolina-Chapel Hill. Her writings have been published by National Public Radio, National Geographics, and other professional journals 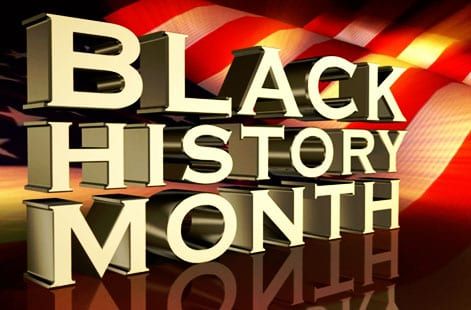