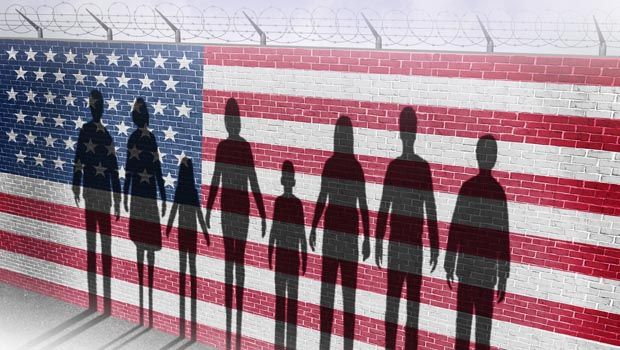 The current presidential race has left many unbiased Americans stunned and not-so-broadminded others rejoicing, as we all witness a surge in derogatory attacks by candidates against entire minority groups, such as Muslims, African-Americans, and immigrants, particularly Latinos/Hispanics. The drama continues to unfold in what could potentially be the most controversial election in the history of the United States of America. While unity has often been declared the focal point in shaping American society, this election has polarized the American people and contributed to a rise in racially-driven violent hate crimes, xenophobia, and islamophobia.

Republican nominee Donald Trump and his GOP rivals who fell to the side during the primaries, like Ben Carson and Ted Cruz who are, ironically, descendants of immigrants or minorities themselves, have all contributed their share of attacks against members of the Islamic community and Latinos, through their campaigns, town hall meetings, news interviews, and even through social media. Their xenophobic and Islamophobic rhetoric questioning the allegiance and morality of Muslims and Latino immigrants, is reminiscent of the Second Red Scare during the McCarthy era, in which a hysterical fear of communists (Reds) caused panic throughout the U.S.

Of course, the most vocal of the GOP presidential hopefuls and the most controversial has been Trump, the business tycoon and former reality TV personality who starred in NBC’s The Apprentice from 2004 to 2014. Trump has since laid to rest his famous catch phrase, “You’re fired!” and replaced it with his campaign slogan, “Let’s Make America Great Again.” He began his primary race for the Republican nomination with harsh criticisms of Mexican immigrants. Speaking from the Trump Tower Atrium in Manhattan on June 16, 2015, he said, “When Mexico sends its people, they’re not sending their best. They’re not sending you. They’re not sending you. They’re sending people that have lots of problems, and they’re bringing those problems with us. They’re bringing drugs. They’re bringing crime. They’re rapists”; after smearing almost the entire Mexican population, he sympathetically added, “And some, I assume, are good people.” One of Trump’s diehard political plans to curb illegal immigration from Mexico is to build a wall separating the border between the U.S. and Mexico. He claims that the Mexican government will be paying for the construction of the wall, and Trump has even outlined exactly how they will be persuaded to do so on his promotional website.

In order to understand the level of absurdity in the statements about Mexico and the Mexican people, it becomes necessary to explore the history of the United States and its southern neighbor. What is today Mexico, Texas, Arizona, New Mexico, Colorado, Utah, and California were once colonies belonging to Spain. In 1822, Mexican settlers, following the example of the American Revolution, rebelled against the Spanish government and won their own war of independence. Less than 25 years after Mexico became a free nation, by 1846, the U.S. had invaded and entered into war with Mexico in order to obtain their territories north of the Rio Grande River and westward all the way to California. In 1848 Mexico surrendered to the terms set by the U.S., transferring ownership of New Mexico, California, Texas, Utah, most of Arizona, Colorado, and Wyoming, for $15 million (An Historic Overview of Latino Immigration and the Demographic Transformation of the United States, David G. Gutiérrez, PhD., University of California).

These states were already populated by Mexicans; 75,000 to 100,000 former citizens of Mexico chose to remain north of the new border at the end of the war and were granted automatic citizenship by the U.S. government (The Treaty of Guadalupe Hidalgo: A Legacy of Conflict, Norman: University of Oklahoma Press, 1990). In reality, while Trump and his followers blame Mexicans for stealing jobs from Americans, bringing crime to the U.S., and causing other problems, the fact is that much of the Western part of the U.S. was built and inhabited by Mexicans. It was, in reality, Americans who first sent troops over the border in order to incite a war against Mexico and gain territorial dominance.

Immigration from Mexico into the U.S. thereafter became a complicated love-hate relationship, where the U.S. government would open its borders and welcome Mexicans to come and perform jobs that Americans were either unable or unwilling to do, and later would begin mass deportation when Mexicans were no longer needed or desired. Beginning in the late 1800s, U.S. companies began to fill a rising demand for labor in agriculture, mining, construction, and transportation with Mexican laborers. During the Great Depression, when average Americans were struggling to find jobs, local, state, and federal government agencies began forcing Mexicans out. A short time later, when the U.S. entered World War II and experienced a farm labor shortage, the Federal Government signed an agreement with Mexico to allow Mexican workers to again enter the U.S. and work. Much the same pattern has ensued ever since.

This is America, Speak Spanish!

In a childish move during the GOP primaries, Donald Trump insulted former opponent, John Ellis “Jeb” Bush, by tweeting, “Jeb Bush is crazy, who cares that he speaks Mexican, this is America, English !!” (Twitter account, @realdonaldtrump, Donald J. Trump, 7:14 PM – 24 Aug 2015). There are many things wrong with this ignorant statement. First of all, Trump confused the nationality, Mexican, with the language, Spanish, a simple fact that everyone hopes a candidate to the presidency of the U.S. would know. Secondly, the statement, “this is America, (speak) English!” implies that as Americans, everyone should give up their native tongues and trade them for English only. It is a matter of fact, however, that America consists of both North and South America, and the vast majority of the Americas is Spanish-speaking. Not to mention that hispanophones (those who speak Spanish) inhabited or explored territories of the present-day U.S. way before English settlers stepped foot on the land.

Spanish is the second most widely spoken language in the world and, more specifically, in the U.S. It is also the language most studied by Americans. The Spanish influence in the nation is everywhere from the names of states, counties, and cities, such as Florida, Colorado, Montana, Nevada, Las Vegas, Santa Fe, El Paso, etc., to the names of bodies of water, valleys, forests, mountains, and forts. American English has borrowed common, everyday words from the Spanish language as well, such as rodeo, ranch, banana, alligator, armadillo, barbecue, and chocolate. The bottom line is this — not only the Spanish language, but Latino/Hispanic culture as well, are deeply woven into the fabric of U.S. history and heritage.

Some people not so well-versed in geography, often categorize all Latin-Americans as Mexican. However, there are a total of 21 countries in the world where Spanish is the official language. The majority of those are in Central and South America, as well as the Caribbean. Mexico is the only Spanish-speaking country that shares a border with the U.S. Thus, the majority of Hispanics in the U.S. are Mexican or of Mexican origin (64.6 percent in 2011 according to the Pew Research Center). However, all Spanish-speaking countries are represented throughout the U.S.

The Merriam-Webster dictionary defines a Latino as “a person who was born or lives in South America, Central America, or Mexico or a person in the U.S. whose family is originally from South America, Central America, or Mexico”; whereas Hispanic means “coming originally from an area where Spanish is spoken.” Hispanic origin is based on ancestry, lineage, heritage, nationality and/or country of birth and, therefore, Hispanic people come from a variety of countries, backgrounds, and social strata. Whites, blacks, and Asians are all considered racial groups. Hispanics are an ethnic group, which means that although they share a common language and heritage, they do not share a common race. They can be black or white or Asian, or be descendants from indigenous peoples of a place colonized by Spain.

Latin-American Contributions to the US

Hispanic immigrants, as well as second and third generation immigrants from Latin America, have had a major impact on shaping the course of U.S. history. They strengthen the economy, serve in the military, defend the country during times of war, and hold offices in government. In addition to influencing the political sphere, they have also had significant imprint on American culture, arts, sciences, and education. Entrepreneurship in the Latino community helps the U.S. economy tremendously. According to the American Immigration Council, “One out of every five people in the country is Latino or Asian. Together, Latinos and Asians (both foreign-born and native-born) wield $2 trillion in consumer purchasing power, and the businesses they owned had sales of $857 billion and employed 4.7 million workers at last count. Immigrant, Latino, and Asian workers, taxpayers, and entrepreneurs are integral to the U.S. economy—and they are a potent electoral force” (Strength in Diversity: The Economic and Political Power of Immigrants, Latinos, and Asians, January 1, 2015).

Back in June of 2013, Donald Trump tweeted, “Sadly, the overwhelming amount of violent crime in our major cities is committed by blacks and hispanics-a tough subject-must be discussed” (Twitter account, @realdonaldtrump, Donald J. Trump, 4:05 AM – 5 Jun 2013). He reiterated this sentiment in 2015 when he accused Mexicans of being rapists and drug dealers. However, nothing can be further from the truth. In a special report, published on July 13, 2015 by the American Immigration Council, entitled The Criminalization of Immigration in the United States, researchers affirm that, “immigrants are less likely to commit serious crimes or be behind bars than the native-born, and high rates of immigration are associated with lower rates of violent crime and property crime. This holds true for both legal immigrants and the unauthorized, regardless of their country of origin or level of education.” In addition, Census data from 2010 found that the incarceration rate of undocumented immigrant men from countries such as Mexico, Guatemala, and El Salvador is significantly lower than that of males born in the U.S. In other words, what the American people are witnessing during this presidential election are outright lies and sensationalist propaganda used to sway public opinion and stir controversy in order to garner attention, support, and votes from a xenophobic sector of the American constituency.

Just as all racial, ethnic, and religious groups are part of the diverse and vibrant fabric of the U.S., Hispanic Americans are revitalizing the nation’s diversity as contributors to society, doing their part to uplift and uphold the standards that make this country great. There are countless Latinos and descendants of Latinos serving the nation as government officials, lawyers and judges, advocates and activists for social justice, and military personnel. There are Latino athletes, with immigrant parents, who proudly competed for Team U.S.A. in the just-completed 2016 Olympics. There are Hispanics contributing to all sectors of society, from the laborers who work to build the residences and commercial spaces where businesses thrive to the entrepreneurs providing opportunities for countless Americans to work; from the Latino teachers who contribute to the education of our youth to the doctors who provide healthcare. All are working for the benefit of themselves, their families, and the collective American success story.

Immigrants in this country work hard to make a better life, and they do not take their new home for granted, but rather cherish the opportunities it provides. This is the United States of America, and they are an integral part of the whole, striving to fulfill the U.S. potential as a tolerant and inclusive land of great hope and opportunity for all its inhabitants, as well as a beneficial force for good throughout the world. 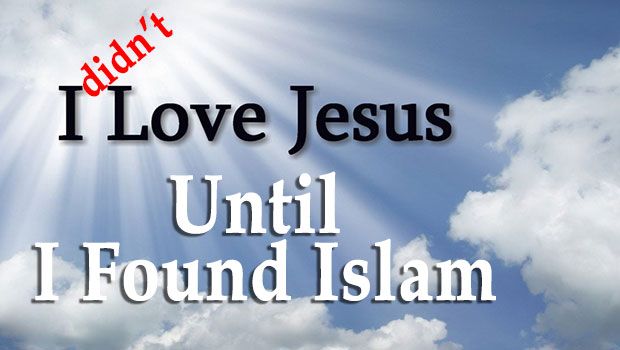 I Never Loved Jesus Until I Found Islam