I was listening to National Public Radio a few years ago and the topic of prayer came up. Several random people were asked the question, “When was the last time you prayed?” I was surprised to hear responses like, “I haven’t prayed since my daughter was in the hospital six years ago.” Or “I haven’t prayed since I visited a church two years ago.” The prayer that was being referred to on the radio program could be likened to what Muslims refer to as du’a (supplication), and I remember reflecting on how fortunate Muslims are in their obligation to offer salat (ritual prayer) five times a day—thus maintaining a daily connection with our Creator. The fulfillment of this obligation not only provides the blessings derived from our obedience, but also imparts spiritual benefits enabling us to draw nearer to Allah (swt), thus enjoying peace of mind and spirit. Allah says in the Quran: “Verily in the remembrance of Allah hearts find rest” (Quran 13:28).

In addition to salat, however, is du’a and this discussion about prayer begs the question: do we truly recognize the innumerable benefits and blessings of making du’a (supplication) to Allah (swt)? Du’a, supererogatory prayer beyond the obligatory salat, is a humble and earnest entreaty to the Lord which can be made at any time of day or night, for any reason, major or minor, whether for comfort, guidance, relief, or inspiration. Without doubt, there are times in our lives when difficult circumstances are beyond our control. Feelings of helplessness may overcome us due to losing a job, having financial difficulties, a loved one becoming sick, or any of the other countless personal or family challenges humans face. Still at other times we may be frustrated by the lack of peace and justice around the world and the many complex and unsolved global problems like poverty and hunger. It often seems that our ability and power to make change in the world, or even in our own lives, have limits. However, one of our most powerful and useful tools in seeking a better life in this world and in the next comes from making sincere du’a.

Du’a is an Islamic term which means to call out, to supplicate, to communicate with our Creator, Allah (swt). It is an act which acknowledges our dependence on Him and demonstrates our faith in His power to bring about positive change in our lives. Making du’a is empowering and fulfilling as it provides us a means of hope by which the solutions to our deepest concerns, problems, and hardships will be found and relief granted. As such, the following are some of the many benefits and blessings in making du’a.

The Prophet (saws) has said, “Du’a is ibadah (worship)” (Tirmidhi). Thus, blessings are derived from the act of worship made through supplication. In addition, in Allah’s infinite Mercy, He has included a du’a for guidance within surah Fatihah which Muslims recite at least 17 times a day during the daily prayers – “Show us the straight path. The path of those on whom You have bestowed Your grace, not the path of those who have earned Your anger or who have gone astray” (Quran 1: 6-7).

Du’a helps us to grow closer to Allah (swt)

Allah says, “And when My servants ask you concerning Me, then surely I am very near; I answer the prayer of every supplicant, when he calls on Me… (Quran 2: 186).

Du’a helps to prevent feelings of isolation and despair

When we firmly believe in Allah, we realize that Allah (swt) is not only our Creator but also a protecting friend who is always ready to listen to and aid us. Allah says in the Quran, “Allah is the protector of the believers” (Quran 2:257). In addition, Allah says, “…for Allah loves those who turn to Him constantly…” (Quran 2: 222).

The du’a of repentance provides forgiveness of our sins

We should never lose hope in Allah’s willingness to forgive our transgressions, and we should also not assume that we are entitled to Allah’s forgiveness without first asking for that forgiveness. Allah (swt) says in Hadith Qudsi: “ …Oh son of Adam, were your sins to reach the clouds of the sky and were you then to ask forgiveness of Me, I would forgive you.”

It is quite interesting hearing stories from Muslims of how their du’a have been answered. I, myself, have seen my du’a answered, at times, years later with something better than I had initially asked for, and I also have witnessed my du’a being answered immediately, as well. I recall an incident which took place when I was 13-years-old when my younger brother was playing with a child in our neighborhood on a white gravel road in front of our house. My brother showed this young neighbor his new sling shot. The young neighbor then pointed and shot the sling shot directly at my brother’s face. My brother came running into the house crying, with blood all over his face. My mother immediately tried to assess his injuries. She found that his front tooth had been broken in half, and urged me to go to the road where they were playing and find the tooth on the gravel road. I did as she asked and searched for the broken white tooth on the white gravel road. I felt like I needed a miracle so I began making du’a. SubhanAllah about two minutes later my eyes focused and zoomed in on the broken white tooth sitting on the white gravel road. I was amazed and uttered, “alhamdullilah” at the awesome discovery.

Regardless of how daunting a difficulty is, or seemingly insurmountable a problem or hardship can seem, never underestimate the benefits of making du’a. Remember that Allah (swt) is All-Powerful and promises to answer our call. Allah (swt) says, “… And whoever fears Allah—He will make for him a way out and will provide for him from where he does not expect …” (Qur’an 65:2-3).

Ambara AbdiAuthor Ambara Abdi is an educator, media professional, and one of the founders of the Muslim Youth of North America (MYNA) 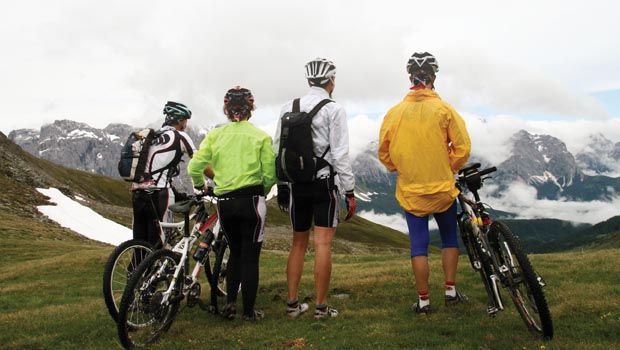 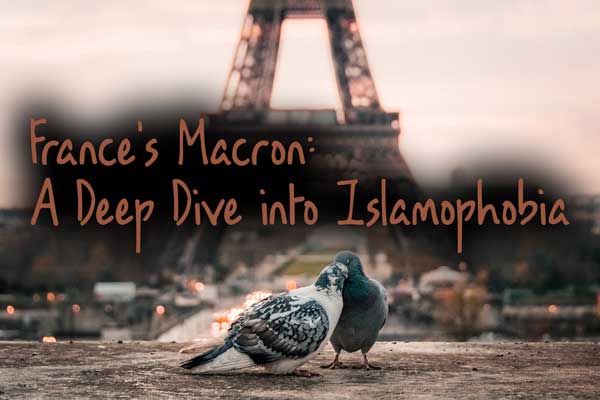