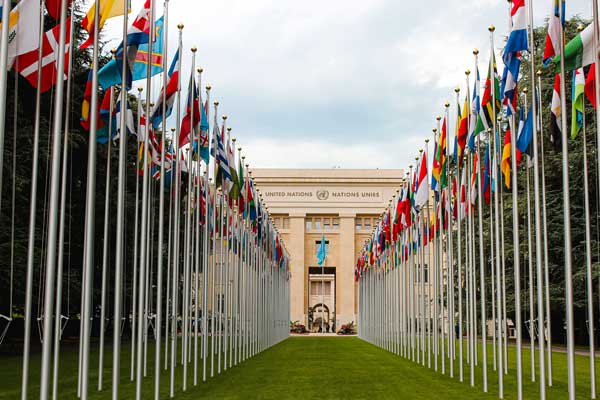 At the dawn of humankind, humans first organized into small, isolated groups in order to sustain their survival. Soon, they grew into clans and tribes as populations and food supply increased. As they grew ever larger,some tribes in a particular geographical territory, with a shared cultural, linguistic, historical, and ethnic background,became a nation, and as they formed their own governments, they officially gave birth to their own “nation-state.” These nation-states would then continue to grow, and some of them had a desire for greater resources or land, or even for sheer ethnic dominance, and these would aggress against other nation-states, often justifying their aggression by pointing out the differences between nations. This overzealous tribalism was rampant in pre-Islamic Arabia where tribes that were formed based on distinct lineage would savagely and unjustly wage war against neighboring tribes in pursuit of resources or tribal dominance. Arabia was plagued by barbaric warfare and hostility among various groups until the rise of Islam which, ultimately, dissolved all tribal, ethnic, and racial divisions to amalgamate the entire peninsula and then more distant lands. Islam consolidated all the nations of Arabia and beyond as one people, one ummah. However, that ummah has now been shattered as a result of Muslims putting their differing nationalities above their common faith.

One of the greatest challenges for today’s Muslims, therefore, is to recognize the distinction between their nationality and their faith. Oftentimes, these two conflicting ideologies are intertwined, and this serves to divide Muslims, as well as the rest of mankind, along ethnic, cultural, and/or racial lines. Since the European powers divided much of the Muslim world into separate nation-states in the early 20th century, the Europeans have, to a certain degree, not been the ones engaged in direct conflict with the Muslim nations.Instead, the entanglements that the West left behind has led to Muslims engaging in conflict with one another. The borders created by the West have had a devastating effect on the Islamic world, as Muslims today are quick to forget their common faith in favor of their differing nationalities, an ideological conflict of nationalism and Islam.

The conflict emerges when nationalism becomes excessive and chauvinistic, a blind and biased loyalty that Prophet Muhammad (s) warned against. Wathila ibn Al-Aqsa’ reported that he asked the Prophet, “O Messenger of Allah, is it part of tribalism that a man loves his people?” The Prophet said,“No, rather it is tribalism that he supports his people in wrongdoing” (Sunan Ibn Majah). Nationalism, in its primary dictionary definition, is “spirit or aspirations common to the whole of a nation.” When nationalism goes beyond that sentiment and becomes excessive patriotism, a chauvinism that exalts one’s own nation as culturally superior to all others, it becomes characterized by blind devotion and, oftentimes, aggression. That is akin to “supporting his people in wrongdoing” and, as such, is condemnable.In a value system grounded in truth, this excessive nationalism can only be seen as detrimental to any nation, and currently, its effects are showing on the Muslim world. Islam certainly does not eschew the natural distinctions that coalesce around race, ethnicity, or culture. It does, however, provide a means to transcend all diversities through a universalizing framework of Islamic belief.

Although hyper-nationalism may contain a share of superficial benefits, its deleterious effects are realized when one analyzes its principal pillars of perceived, or even contrived,victimization (which is used to justify a nation’s aggression toward other nations) and ethnic superiority, both of which are directly contradictory to precepts of a common and cooperative humanity. In order for Muslims to be a force for good in this world, they must eschew the ideological pitfalls of chauvinistic nationalism, which at present, keeps them in conflict and disarray.

Nationalist leaders, of the chauvinistic type,know that having a real or imagined enemy effectively mobilizes a population to their call. When danger is invoked by a leader who wants to justify his policy of aggression against other nations, he presents himself as the one who can protect his people. Adolf Hitler is well known to have portrayed post-WWI Germany as having been “betrayed” and ravaged culturally and economically by Jews, making it easy for him to gain support for his genocidal policies. In the Muslim world, the Kurds claim land in Iran, Turkey, Syria, and Iraq, asserting that those four nations robbed Kurdistan in the 20th century. Kurdish nationalist groups continue to fight against four different Muslim nations, with the wars creating great destruction in the Middle East. Most recently, the Trump administration created fear of an immigrant “invasion,” words echoed by the 2019 El Paso shooter, who murdered twenty-three Latino individuals in Texas.

Although it is certainly true that there are real oppressors and their victims, it is also true that false victimhood is often created by a hyper-nationalist leader to achieve some objective. The false projection of fear and victimhood that fuels this warped nationalism is exactly what Muslims must counter; but instead, many have played the victim role themselves—and to a devastating degree. Instead of creating fear of an imagined enemy, Umar bin Al-Khattab (r) emphasized the necessity of self-reflection when he stated that Muslims should “fear their sins more” because “your sins are more dangerous to you than your enemy.” As moral decay encompasses a society, it is easy to point towards an external foe instead of improving a nation itself and the individuals that constitute its population. They fail to recall that “Verily, Allah will not change the condition of a people until they change what is in themselves” (Qur’an 13:11).

Brothers and Sisters Divided by Borders

Once a sense of fear and anger is created, a debased and twisted nationalism can be used to engineer support for noxious foreign policy campaigns. Cultural, religious, ethnic and other differences can easily be exploited.Unfortunately, in the Muslim world today, such differences have pitted Muslims against one another, exacerbated by artificial borders created by European colonial powers. Several Muslim nation-states have taken it a step further, creating enmity towards other nations and sometimes even fomenting military confrontations with them. Saudi Arabia has created animosity with Turkey by not only condemning Turkish political maneuvers on the international stage but also by having the Saudi Ministry of Education declare the Ottoman Caliphate as the “Ottoman Occupation” in textbooks — clearly portraying Turkey as a former oppressor.Saudi Arabia and Iran’s rivalry is well known, and although the rise of Islam managed to quell the Arab-Persian rivalry and establish Muslim brotherhood, the decline of Islam has seen it reemerge. In the 1960s, Arab nation-states bordering the Persian Gulf insisted on renaming the body of water the “Arabian Gulf.” In 2016, the Grand Mufti of Saudi Arabia, Abdul-Aziz ibn Abdullah, even went so far as to claim that Iranians were “not Muslims, for they are the descendants of Zoroastrians and their enmity towards Muslims, especially the Sunnis, is very old.” In light of the fact that Sunnis and Shias tend to share beliefs in the vast majority of theological matters, it is evident that a good portion of the bitter rivalry is a result of stark nationalism and has been an immense factor in the several proxy wars that are destabilizing the Middle East today. Even the relatively recent “Islamic Revolution” in Iran, although a promising break from the shackles of colonialism, has now turned out to be little more than a strictly “Iranian Revolution,” and instead of exporting Islamic reforms, the Revolution has left Iran more isolated than ever. Further East, Pakistan and Bangladesh, despite being united under the banner of Islam as one of the largest Muslim countries in the world in 1947, were soon broken up in the bloody 1971 war. Although the war began as a result of political turmoil, some of the worst atrocities committed during the war were a result of ethnic divisions.

However, Islam teaches us to rise above these differences, always insisting that faith comes before race, culture, and ethnicity. The Qur’an states that “Among His signs is the creation of the heavens and the earth and the diversity of your languages and your colors. Verily, there are signs for people of knowledge” (Qur’an 30:22). This verse is a clear indication of the fact that ethnic and racial differences are simply a sign of Allah’s creative power, not to be used to divide people. Furthermore, in Prophet Muhammad’s (s) final address to the Muslim community, he emphasized that “There is no superiority of an Arab over a non-Arab, or of a non-Arab over an Arab, and no superiority of a white person over a black person or of a black person over a white person, except on the basis of personal piety and righteousness.” Ironically, humankind has turned race, culture, and ethnicity into expressions of superiority and oppression rather than recognizing the beauty of diversity in humanity and finding ways to cooperate and support the common good.

In the Qur’an, Allah addresses not only Muslims but all of humanity, stating: “O mankind, We created you all from a male and a female, and made you into nations and tribes so that you may know one another. Verily the noblest of you in the sight of Allah is the most righteous of you. Surely Allah is All-Knowing, All-Aware” (Qur’an 49:13). The Creator makes it clear that not only are all human beings from the same parents, but also that our differences in race or ethnicity are naturally meant for us to cooperate and create a world of goodness and social justice. Islam does not at all find fault in having temperate pride in one’s nation and its culture, language, and heritage. However, Islam denounces these factors being used to create conflict among nations. Islam is a uniting factor for all of mankind regardless of nationality, yet Muslims today have forgotten this and it has predictably devastated the Islamic world.

Islam is not constrained by any border, and perhaps the greatest testament to Islam’s universal appeal is that despite being the birthplace of Islam, the Arab world today contains just 20 percent of the world’s Muslims. However, since Muslims too often have put their national loyalty before their faith, the results are plain for all to see. As long as Muslims choose to claim victimhood more than engaging in self-reflection,enablingdivisive nationalist sentiment, they will remain stuck. The discord created by borders drawn by foreign powers aiming to benefit themselves alone is exacerbated by the blinders Muslims place upon themselves.With opaque filters of debased nationalism layered upon their concept of self, identity, and faith, their vision of an enlightened future is blurred and nothing can change for them. But by turning back to what made Muslims great— the guidance laid out by the Qur’an and Sunnah—Muslims still have hope to be a united ummah and become what they were meant to be: a light for all humankind, a beacon of inclusiveness and mutuality that cuts through all artificial boundaries arising out of race, ethnicity, or culture. 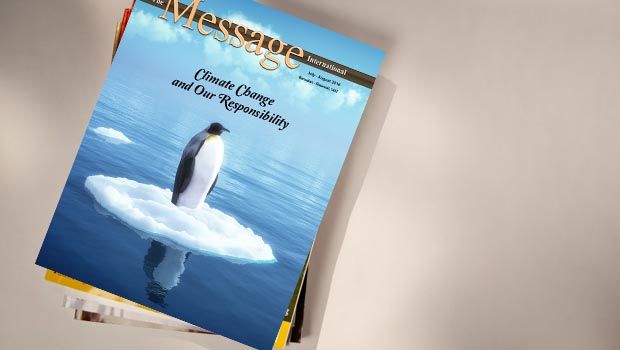