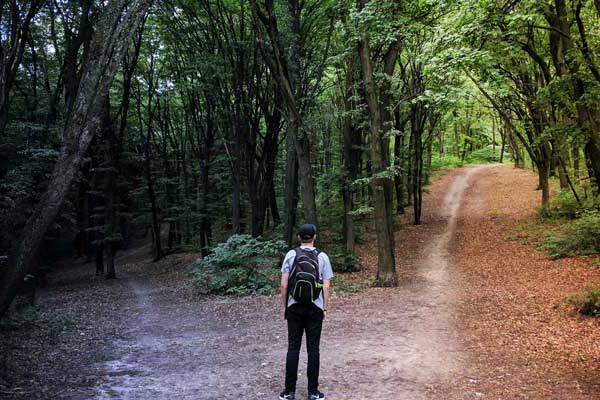 Islam today is at a unique point in its history, a crossroads with diverging directions. One of these roads is the tried and trusted road of the Prophet (s) and the other road is one of compromise, one which, although Islamic in name, is in several aspects a severe deviation from authentic Islam. The trusted road of the Prophet (s) is undoubtedly “the road less travelled.” As to the latter, it is the road that the vast majority of Muslims today have begun to tread, one which has compromised with and conceded to other ideologies in many regards, often portraying itself as the road of progress and modernity. Although there are many offshoots of this road, perhaps the one that most tread is that of “liberal” Islam, one which keeps the name of Islam while inviting liberal values and ideas into its fold. Although there are certainly admirable qualities that liberalism and Islam share, including ideas on social justice, human welfare, and human rights, there are also critical differences in the root doctrines of the two that must be understood.

On its 175th anniversary in 2018, The Economist magazine, a renowned promoter of liberalism, published a manifesto for “renewing” the ideology it has championed for nearly two centuries. It stated that at the core of liberalism is freedom in the sense that it is “not only just and wise but also profitable…to let people do what they want.” In the eyes of most liberal thinkers, it is through human reason and debate that social and moral progress is made; and that freedom to innovate and engage in enterprise creates the conditions for material progress. This is certainly a progressive mindset which can allow man to improve his material well-being. However, this school of thought fails to take into account the fact that the unguided human inherently seeks self-interested, even selfish, ends, often irrespective of the morality of his actions.

A common argument for liberal pro-choice advocates, for example, is that terminating an unborn child removes an inconvenient burden on the parents, who for whatever reason do not wish to raise the child. However, this compromising of morality in favor of comfort is against the very tenants of Islam. Islam makes it clear that life is a constant struggle to maintain one’s integrity, to stand firm for justice, and to live a life of determined moral choices.

As to material progress, it is in no way hindered by Islam. In fact, it is strongly promoted and encouraged. However, this must be within the bounds of morality so as not to deny or infringe on the rights of others. While Islam derives laws of justice and morality from the All-Knowing God, liberalism derives such laws from imperfect human beings. Freedom of thought and ideas is one of liberalisms greatest facets, for it allows for freedom of conscience, to follow one’s own religious and moral beliefs, and also encourages individual and collective growth and progress, and it is a value cherished by Islam as well. However, every freedom must have bounds, for a boundless freedom is neither just, wise, nor profitable.

The second tenet of liberalism as stated by The Economist manifesto is that “human society…can be an association for the welfare of all.” In terms of collective welfare, Islam and liberalism find much in common, especially on topics such as healthcare, immigration, and welfare programs, for example. Their common goal is to have social systems that empower, energize, and give equal opportunity to all. However, liberalism is handicapped in trying to meaningfully enforce its ideas of collective welfare. For example, in terms of taxation, liberals often advocate heavy taxes on the wealthy, but in many cases, this discourages growth of businesses, free markets, and innovation. In an Islamic system, however, instead of being forced to pay heavy taxes that discourage one from excelling in business, Muslims are explicitly encouraged to give charity — some put estimates of annual zakat donations at $1 trillion — and promised a reward “…which Allah will double unto his credit and multiply it many times” (2:245). This way, citizens are much more willing to contribute their wealth, as they are not being forced to in any regard and do so out of their desire to please God.

Continuing with the second tenet of liberalism, the manifesto goes on to state that “The ruling class live in a bubble. They go to the same colleges, marry each other, live in the same streets and work in the same offices.” Despite its efforts, liberalism has never been able to create the social justice it desires. This is due to the fact that it does not take into account human nature. Those who possess wealth and power are most often unable to relate to the challenges and suffering of the masses or to spend what they have for the welfare of others, for they see their status as a result of their own merit and have little incentive to stay away from arrogance and greed.

In contrast, however, it is well known how affluent early Muslims such as Abu Bakr (r) prayed, ate, and fought shoulder by shoulder with those who were poor or of a lower social standing, including former slaves like Bilal (r). What keeps humans accountable for their treatment of those of a lower social or economic status is their fear of God, who commands that we view others according to their piety, not their wealth. Liberalism has been unable to create a self-enforcing system such as this, as only belief in a divine source of guidance can mold and reform character. The authority of the state is unable to do this.

Today, Islam is at a crossroads. The decline of the once prosperous civilization in the Muslim world and the self-proclaimed progressive society of the West has convinced many gullible and unsuspecting Muslims that the time of the true Islam is over, and the road to a “liberal” Islam infused with ideas from Western civilization is the one to tread. However, as the Irish playwright George Bernard Shaw said, “Islam is the best religion, and Muslims are the worst followers.” For Muslims and mankind to truly progress, they should turn back to Islam, not away from it, and to alter and compromise the absolute core tenets of the religion while still calling it Islam is defamation of truth and breach of trust. Islam is not a compromise religion — a religion which evolves over time to fulfill the desires of its followers. Islam is a way of life that stands on its own, spiritually, culturally, economically, socially, and politically. It must be accepted in its entirety, or else one does not completely submit to the will of God, and one who does not submit entirely to God cannot call themselves a Muslim.

Although there are several areas where liberals and Muslims have common ground — and in these areas Muslims should work with liberals to move towards their common goals — alliances that Muslims have made with liberals in the Western world, with the Democratic party in the United States for example, can only be temporary. For soon, Muslims will behave less like Muslims and more like secular liberals. This phenomenon is already alarmingly prevalent particularly among Muslim youth in the West. In order to reclaim the former eminence of a divinely revealed ideology that works towards the establishment of a society that upholds justice and morality, Muslims today must choose the correct road when at the crossroads — the road less travelled. “And whoever obeys Allah and His Messenger and fears Allah and is conscious of Him – it is those who are the successful ones” (Qur’an 24:52). 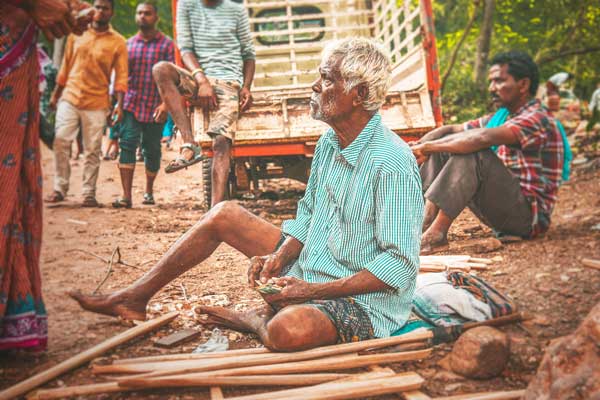