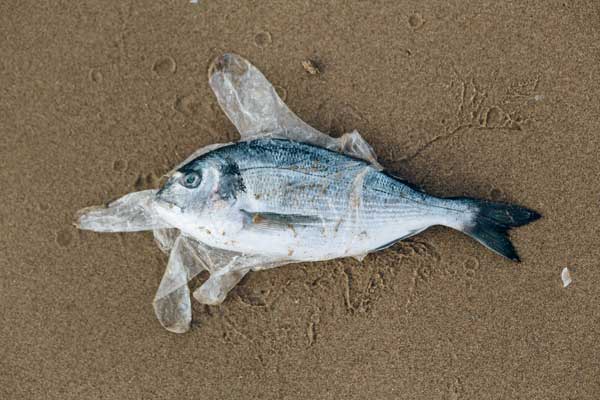 Our earth is at risk. If human beings continue to contribute to the destruction of the earth, the risk of greater harm increases for every generation. As global temperatures rise, oceans warm, ice sheets shrink, glaciers retreat and melt, sea levels rise, and extreme events – hurricanes, tsunamis, flooding, droughts, blizzards, and wildfires – we will continue to see the effects of human agency on the natural world around us.

First, as Muslims we must undoubtedly recognize that the earth and everything upon it is entrusted to us. We are Khulafaa’ – caretakers and vicegerents – on earth. With our free-will, we hope to pass the test for which we were created and that includes taking good care of the earth and its environment. Allah SWT tells us, “…the one who created death and life in order to test you to see who is best in conduct, and He is the All-Mighty, the Ever-Forgiving (Qur’an 67:2).” Being best in conduct, for us, comes from belief in objective truth coming from God, the supreme source. It also comes from morality that derives from that truth, having integrity and the self-awareness to direct our free will in a way that protects and preserves rather than neglects or violates.

We read in the Qur’an, “And when your Lord said to the angels, ‘I am going to place a vicegerent on earth,’ they said, ‘Will You place in it someone who will spread corruption there and shed blood, while we glorify Your praises and proclaim Your holiness?’ He said, ‘I know what you do not know’” (2:30).

The angels were concerned about a human creature with free-will that would spread corruption in this world, but there is wisdom in the creation of agents with free-will who choose to do good, guided by objective morality, and striving for justice and the fulfillment of rights throughout their lives. He SWT remind us that “Allah has caused you to grow as a growth from the earth“ (Qur’an 71:17), and further that as His servants, we are commanded, “Do not cause corruption on the earth, after it has been set in order…” (7:56). Unfortunately, the corruption (fasad) mentioned in this verse is precisely what we see in our lifetimes and have historically observed. The destruction of the environment, evident all around us, in addition to the violating of peoples’ rights, is nothing other than the fasad that Allah warns us to avoid.

Many of the harms we see in the environment are a result of our own actions, and oftentimes Muslims don’t realize the responsibility upon their shoulders in addressing environmentalism from an Islamic paradigm. We are approximately twenty-five percent of the world’s population and we certainly can make a difference in preserving the environment if we truly wanted to. Otherwise, the corruption that spreads in the lands and seas will continue to increase and it will inevitably beget more harm and evil. “Corruption has spread on land and sea as a result of what people’s hands have done, that He may make them taste a part of what they have done so that they might return [to the Right Path]” (Qur’an 30:41).

According to this verse, corruption has spread because of peoples’ actions, and no doubt corruption requires a reference point and definition, and for believers it is guided by objective morality from the Qur’an and authentic ahadith. If we are to preserve the environment in order to protect the lives of current and future generations, we must decide today to reverse the harm done and to change our practices and lifestyles as necessary.

Allah created this earth for us to live upon it in harmony with nature and other creatures, to live healthy lives for His sake, and to benefit from natural resources in ways that are responsible and sustainable. While not all Muslims live in countries with excessive fossil fuel usage, many Muslims live in nation-states today where society generally promotes wasteful lifestyles, oftentimes in ways that are excessive and harmful to the environment. Furthermore, many oil-rich nations should focus on investments in sustainable energy industries rather than commit solely to oil production.

What Part Can Every Muslim Play?

First, do not waste resources.“…Do not waste, for Allah does not like the wasteful” (Qur’an 6:141). While conservation has many facets, the very least every Muslim can commit to is to avoid wasting within their own homes and environments. Wastefulness includes disposing of a significant amount of food that could have benefited others, using packaging and material that harms the environment and remains for years in the oceans, and engaging in an excessive form of hyper-consumerism that is indulgent, extravagant, and neglectful of using income and wealth to help others.

One day, Prophet Muhammad (s) passed by a companion, Sa’d, while he was performing ablution (wudu). The Prophet said, “What is this excess?” Sa’d said, “Is there excess with water in ablution?” The Prophet said, “Yes, even if you were on the banks of a flowing river” (Sunan ibn Majah). Waste of food and water is unfortunately common in many households, Muslims included, and yet the first people who should be implementing the command of conservation should be the believers. Allah commands us, “O Children of Adam! Dress well whenever you are at worship. Eat and drink, but do not waste. Surely He does not like the wasteful” (7:31).

Second, emphasize the importance of trees. One of the greatest continuous charities is that of planting a tree. It is known from numerous authentic narrations that planting a tree is a virtuous deed for a number of reasons. Trees provide continuous benefit to those who utilize their resources for many generations thereafter, from the shade provided to a traveler on a hot day to the edible resources for both humans and animals, as well as the oxygen we benefit from locally and globally. In fact, the believer is likened in some authentic narrations (Bukhari) to a palm tree, for reasons such as their spreading of fruits (good deeds) to others, their roots being deep (beliefs and principles), and their continuous benefit year after year. This is the utilization of every part of the tree for some kind of benefit for people, animals, or the environment. Similarly, every part of the believer – their tongue, their eyes, their hands – does good and spreads good.

Third, recognize the nations of animals as communities. “And there is no animal on the earth nor bird that flies on its wings but that are communities like you. Nothing have We left out of the Book. Then to their Lord they will be gathered (Qur’an 6:38). These communities live according to a divine ordering and measure, with a necessary ecological harmony, for purposes and wisdoms we may not always fully understand. What we do understand is that unnecessary deforestation and irresponsible capitalistic lifestyles that encourage hyper-consumerism and waste contradict Islamic ethics about human behavior and protection of the environment.

Fourth, strive to implement change at all levels. Having started on the individual level, we can expand our scope of action in a number of ways, including the following suggestions:

1. Discuss actions you can take with your family within your home. If you live alone, write out some suggestions for yourself and begin implementing your plans, and consider reaching out to a friend or group of friends to help one another with implementation strategies.
2. Keep in mind the impact of voting for candidates who care about the preservation of the environment as one of their declared values and priorities.
3. Reach out to local organizations such as your Islamic Center and ask what measures are in place to prevent waste and environmental harm. If nothing is in place, offer suggestions, guidelines, and resources that may incentivize the organization and its members to become more active regarding the environment.
4. Share with others what you learn about protecting the earth and the environment.

Finally, we should keep remembrance of Allah SWT always in our minds and hearts. We should seek His guidance, accept responsibility for vicegerency on the earth, and pray that our actions are continuously rewarded by Him.