Dr. Yosef Ben-Jochannan’s Journey: From Afrocentrism to Islam
–
Editor’s Note: Dr. Yusef Ben-Jochannan was one of the most prolific authors and lecturers on African history throughout the Diaspora of the 20th century and the first decade of the 21st century. His influence on generations of Afro-Centrists is undeniable. Yet, after embracing Islam in the twilight of his life, Dr. Ben’s pre-Islamic legacy has been frozen in time, much like his friend and contemporary, Malcolm X, who only practiced the religion of Islam as taught by Prophet Muhammad ibn Abdullah (peace be upon him) for the last 11 months of his life.

Dr. Ben was an outspoken critic on cultural issues with a courageous, independent intellect who eschewed ivory-tower pedagogy. He was tireless and undaunted in battling the hegemonic grip that Euro-centered thought has on world history

When 96-year old Dr. Yosef Ben-Jochannan passed away on March 19, 2015 in the Bay Park Nursing Home in Bronx, New York, no less prestigious publication than the New York Times reported, “Mr. Ben-Jochannan was once a powerful orator and a prolific author, one of the most vital and radical Afro-centric voices of his generation.” Dr. Cornel West said that he “was blessed to study at his feet.” Affectionately known as Dr. Ben, was born in Ethiopia, raised in St. Croix, one of the U.S. Virgin Islands, and moved to Harlem around 1940.

Dr. Ben self-published over 49 books on African-centered history that continue to be studied in universities in the United States and across the world. He was a man whose contribution was overwhelmingly positive and valuable in the efforts to counter a Eurocentric supremacist worldview; but until the latter years of his life when he declared his identity as a Muslim, he held and disseminated many wrong ideas about Islam. Yet, his life’s work and evolving as a human being and believer is inspiring.

His books include We the Black Jews, Black Man of the Nile and His Family, and The African Origins of the Major Western Religions, a work which offers a critical and controversial perspective of Christianity, Judaism, and Islam. These were written before he converted to Islam, and in The African Origins of the Major Western Religions, Dr. Ben insisted that the foundation of monotheistic faiths is rooted in ancient Egyptian sciences. He wrote in the vein of his predecessor, J.A. Rogers, and asserted, for example, that the original Jews were black Africans from Ethiopia. Furthermore, he declared that Prophets Moses, Jesus, and Muhammad were dark complexioned, not white as depicted in the movies and on television, an idea considered anathema by individuals who see through a white-supremacist lens. Dr. Ben rejected racist, stereotypical descriptions of Africans such as “primitive,” “pagan,” or “uncivilized,” and “a host of other derogatory superlatives they have reserved exclusively for usage with respect to Africans only.”

Battling a Eurocentric and Supremacist Grip on World History

Dr. Ben was an outspoken critic on cultural issues with a courageous, independent intellect who eschewed ivory-tower pedagogy. He was tireless and undaunted in battling the hegemonic grip that Euro-centered thought has on world history. He was associated with Cornell University for 15 years, first as a visiting professor at its Africana Studies and Research Center and then as an adjunct professor. His teaching extended beyond the traditional walls of academia to the “university of the streets” where he lectured atop a step ladder on the corner of 125th Street and 7th Avenue in front of the historic Teresa Hotel in Harlem. Dr. Ben mentored generations of truth seekers about African people and accompanied thousands on his twice-a-year trips to Egypt where he guided students to study ancient sites and artifacts that were constructed or invented by their ancestors. He emphasized to his students the role of classical Egyptian civilization in raising humanity out of darkness, but also the relevance of those achievements to their own lives and abilities to contribute to the arts and sciences.

What is not generally known about Dr. Ben is that at some point in his life he came to believe in Islam and declared his testimony of faith in his elder years. At Dr. Ben’s memorial service at the legendary Abyssinian Baptist Church, Imam Talib Abdur-Rashid of the Harlem-based Mosque of Islamic Brotherhood (the only Muslim presenter at the memorial), noted that “Dr. Ben-Jochannan was a physician. He utilized his historian proficiency in a medicinal method to boost the pan-African world’s self-worth immune system and to wholesomely enliven their human and ethnic identities and dignity which seemed irreparably impaired by the holocaust of enslavement and the great colonization devastation.”

For much of his academic life, in his writings and lectures Dr. Ben seemed ambivalent about his worship of the Creator. He hardly displayed an adherence to any faith although he sometimes wore a yarmulke, the cap worn by some male Jews out of piety. He also wore African-styled outfits that signaled his cultural consciousness, and he was just as comfortable wearing a Brooks Brothers suit with an ankh necklace. Over the years, he displayed no indications whatsoever of a favorable leaning towards Islam. He posted unyielding criticisms of Muslim Arabs, characterizing them as enslavers, oppressors, and colonizers of Africans, hypocrites who were no better than the Christian Europeans in their subjugation of Black people. He heralded the contributions of Bilal ibn Rabah, a companion of Prophet Muhammad (peace and blessing be upon him), to Islam. Bilal’s magnitude had been diminished in mainstream societies of Muslim countries, according to Dr. Ben. He recounted Bilal’s legacy in the early 60s, as did Imam Warith Deen Mohammed, resurrecting his honor in 1975 after he was chosen to lead the Nation of Islam after the death of his father, Elijah Muhammad.

Dr. Ben advocated respect for all beliefs, but demanded the right to challenge what he perceived to be bigoted Aryanization tendencies amongst Christians, Jews, and Muslims that demeaned and dehumanized Africans. And so Afrocentrists, Cultural Nationalists, Black Nationalists, Indigenous Hebrews, and Muslims were shocked to learn that the Dr. Yosef Ben-Jochannan had accepted Islam. Only a few Muslims and a few of Dr. Ben’s colleagues, Dr. Leonard Jeffries, former chairman of the new Black Studies Department at City College of New York, and Professor James Smalls, retired professor at CCNY, were aware of it. Both men spoke at the memorial for Dr. Ben.

Imam Abdur-Rashid related to the audience, “It amazes me to witness those in the village who would lay claim to Dr. Ben. One side of the room says, ‘He was ours and therefore we claim him in exclusion of others,’ and the other side of the room declares, ‘No, he was ours and we claim him in exclusion of others.’ Foolish people, do you not understand that no one has more of a claim on any of us than the Creator of the heavens and the earth and all things in between. We come from Him, we belong to Him, and unto Him will we return.” The Imam asserted that he was astonished during an Eidul-Adha, the most sacred of Islamic holy days, when someone notified him that Dr. Ben was present and that he had participated fully in the worship along with the other believers. “I spoke to him and he affirmed his faith, and what I would call his expanded or evolved identity to me, personally. Another time he came to the Mosque of Islamic Brotherhood for the Friday prayer and prayed in the ranks behind me.” Abdur-Rashid maintained that Dr. Ben also attended regular Juma’ah service at Harlem Hospital less than a block from the researcher’s home. Abdus-Salaam Musa, Muslim Chaplain at Harlem Hospital also attests to Dr. Ben’s participation at numerous Jummah services at the hospital.

Imam Abdur-Rashid said that Dr. Ben’s heart led him in one direction, toward realization of the unity of the Creator and to actualize his humanness and his Africanness. He implored the mourners-celebrants to be open-minded and humble and to not “…deny him his choices as he walked on the path of submission to the One who was, is, and shall always be.” Imam Abdur-Rashid advised the audience that the journey upon which a teacher leads a student is limited and offered the example of the relationship he had with his teacher, Ash-Shaykhul-Allama Al-Hajj K. Ahmad Tawfiq. “He said to those of us who were his students, ‘No teacher can lead a student all of the way to enlightment. He or she guides him or her to the Path, walks with them a little way upon it, and then says, ‘That which you seek is that way. Pursue it. I must leave you now as I have others to attend to.’”

Harlemites Ali Q. Muhammad, a barber, and Salahuddin Amir al-Mumunnin France, Dr. Ben’s great-grandnephew, distinctly recall the day that Dr. Ben officially declared himself a Muslim. Muhammad, the barber said, “We were in Manna’s Restaurant, the one that’s a block from Harlem Hospital; he mentioned that he wanted to be a Muslim.” Salahuddin, who sometimes served as his caregiver, remembers, “We asked him more than once was he sure that he wanted to accept Islam because we had to know that he knew what he’d be doing. We explained to him right there at the dining table what the Shahadatain was (Declaration of Faith) and he said that he understood. Then he said the oath in Arabic: ‘Lā ʾilāha ʾillā-llāh, Muḥammadur-Rasūlu-llāh.’ Then in English: ‘I bear witness that there is no god but Allah and that Muhammad is the Messenger of Allah.’” 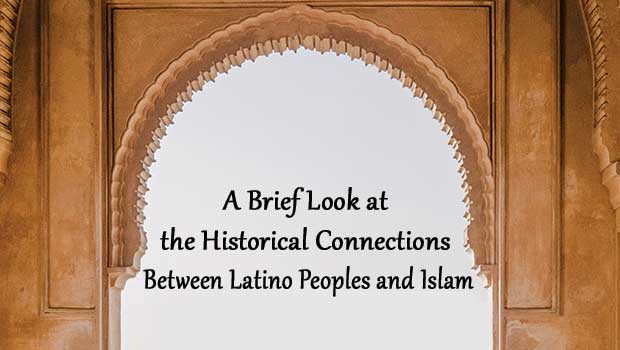