In surah Baqarah, verse 253, as in so many verses in the Qur’an, we are told that Allah (SWT) does what He wills. We observe this principle in everyday life.  We may plan one thing but if Allah (SWT) plans something else, then our plan can never be fulfilled.  In the story of Prophet Yusuf (peace be upon him), one can clearly understand that whatever Allah wills to happen, does indeed happen.  By his own scheming, one can neither succeed in defeating Allah’s plan nor in altering it.  At the tender age of 17, Yusuf was sold into slavery in a land far from his home.  He was then imprisoned for some period of time for an offence he did not commit, an offence which was totally outside the scope of his high moral character.  From such depths of humiliation, Yusuf rose due to his strong faith and moral excellence to such an extent that the king gave him authority over all the granaries and storehouses of Egypt.

This is a unique story which has lessons of wisdom for all of us.  Yusuf’s brothers thought that he was the main hurdle in getting the full attention of their father so they attempted, in their jealousy, to get rid of him by throwing him into a well.  They were sure that their plan had worked.  Little did they know that by their act of betrayal they were placing Yusuf on the first step of the ladder which would take him to the great heights of success that Allah (SWT) had planned for him.  Their actions, in fact, eventually earned them utter humiliation, being forced to come to Egypt for provision as the land was beset by famine. It was Yusuf to whom they made their entreaty for food. Similarly, the king’s wife who had falsely accused Yusuf, eventually had to suffer the embarrassment of publicly confessing her sin.

Indeed, no one can humiliate an individual upon whom Allah (SWT) wants to bestow honor.  On the other hand, when Allah (SWT) decides to bring about a person’s downfall, no one can stop it.  All attempts to rescue such a person end in failure.  If we fully understand this fact, then we will never try to cross the boundaries set by Allah (SWT).  As for success and failure, they lie solely in Allah’s Hand.  Those who are struggling in the way of Allah (SWT) and facing many difficulties should remember that Allah knows about their intentions, their efforts, and their suffering, and always helps the righteous people in ways that best suit and benefit their spiritual upliftment.  Allah (SWT) made it possible for Yusuf to achieve great success because he faced all the difficult situations with taqwa and sabr, and as such, he never ceased striving for ihsan (Islamic excellence).  And we must never forget that it is not enough to acquire knowledge, for one must embed this knowledge into the qalb (heart).  Only then can we respond with taqwa and sabr, emulating the strength of ihsan as exemplified by Prophet Yusuf.

Through the story of Yusuf, Allah (SWT) comforted Prophet Muhammad (peace be upon him).  The unjust treatment by Yusuf’s brothers was similar to the way the Makkan non-believers treated Prophet Muhammad (pbuh).  He was reminded that just as Yusuf faced all the difficulties with piety and patience and then was ultimately granted success, he too would be strengthened and succored by Allah (SWT).

The resemblance was so close that the people of Quraish could see their faces in the story of the Yusuf.  By linking the story of Yusuf to the encounter between Prophet Muhammad (pbuh) and the Quraish, the Qur’an is predicting the future of the Makkan people.  Within one to two years of revelation of surah 12 which tells the story of Yusuf, Quraish planned harm against the Prophet Muhammad (pbuh) just as the envious and hateful brothers had plotted against Yusuf.  The Prophet was forced to migrate from one land to another; but, here again, this migration only furthered his destiny, helping him  in spreading Allah’s Message.  He too was granted ascendancy and power in a manner that reminds one of Yusuf’s journey to Egypt from Palestine.  Allah (SWT) says in the Qur’an, “Allah will exalt in degree those of you who believe” (58:11).

Today, we witness Muslims and Muslim countries all over the world facing hardships.  The story of Yusuf reminds us that we should have strong faith that whatever is happening is the result of Allah’s Will and Plan.  He is forever Good and Wise, and He Knows all things. Therefore, we must trust Him and treat these trials as a test and an opportunity to come back to Him.  Indeed, in difficult times, we remember Allah (SWT) more than in good times.

As political upheaval is taking place in Egypt once again, it is a great lesson for all of us that Allah does what He wills, according to His plan; but His promise is that after every difficulty there is ease.  We should remember the verse, “Verily, Allah does not change a people’s condition unless they change their inner selves” (Qur’an 13:11). Insha’Allah, these difficult times will put us on the first step of the ladder which can take us the great heights of success.  Allah (SWT) knows best!

Let us make du’a to Allah (SWT) to give us qalb-as-saleem, peace of heart, so that we can respond in the wisest ways to the challenges and difficulties we face each and every day.  Ameen. 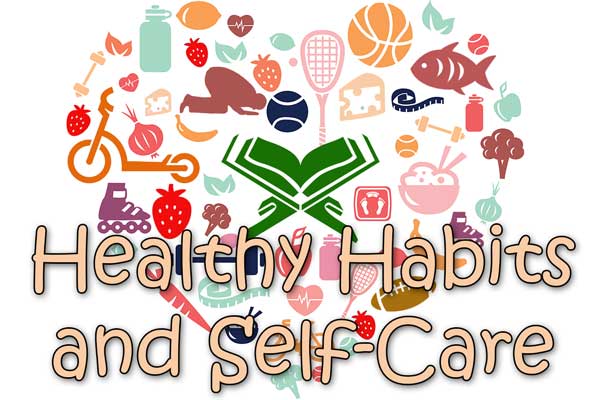