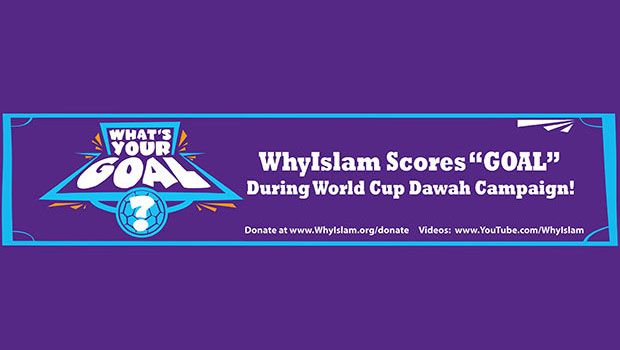 Organizing a massive dawah effort for the 2014 FIFA World Cup in Brazil, bringing together over 20 Islamic organizations on an international level, and mobilizing dozens of volunteers originating from 6 continents is a task of epic proportions. With the help of Allah and the assistance of the Centro de Divulgação do Islam para a América Latina (CDIAL), an equally dynamic dawah initiative based in Brazil, South America, the Islamic Circle of North America (ICNA)’s WhyIslam Project was able to take on the challenge and as of June 12th a team of daees was already in Sao Paulo kicking off the World Cup by asking soccer fans, “What is your goal?”
Team members began arriving in Brazil as early as June 10th, from as far as the UK and also the US. After some meetings with local volunteers and logistics coordinating, they began hitting the streets of Sao Paulo on June 12th, which marked the beginning of the World Cup soccer matches. In preparation for the games, they printed 40,000 dawah handouts in Portuguese and Spanish, as well as other languages. As they work, they don the official campaign T-shirt with the slogan, “What is Your Goal?” or “Qual é o seu meta” in Portuguese. The purpose of the slogan is to make people think about what really is the most important goal in life.

In just one week, there have been three shahadahs facilitated by dawah volunteers

The crew engaged local residents and fans from all over the world in “street dawah,” a style of outreach in which Muslim men and women approach individuals in the street, local vendors, or fans at stadium-side to provide them with information about Islam and answer questions. In just one week, there have been three shahadahs facilitated by dawah volunteers in Sao Paulo, one of which was the cab driver who was transporting some of the volunteers, alhamdulillah. 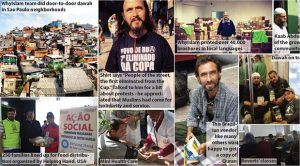 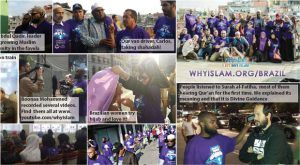 Throughout their days, volunteers take photos and video to post on social media in order to keep WhyIslam’s global audience informed of their progress.
The many volunteers include Nahela Morales, WhyIslam’s National Spanish Outreach Coordinator, Sheikh Abdool Rahman Khan, Boonaa Muhammad, Cyrus McGoldrick, Andrew Morales, Anwer Arshar and Abu Sumayyah Lebron. Bia Kehdy and Muhammad Martins, both Muslim Brazilian natives, and other local Brazilian volunteers have been instrumental in planning logistics and breaking language barriers. More team members continuously arriving from places such as the US, Canada, Mexico, Colombia, and the UK. Others involved in managing and organizing, taking hotline calls, and media coverage are not physically present in Brazil, but working remotely from the US and Canada to provide assistance to the group. 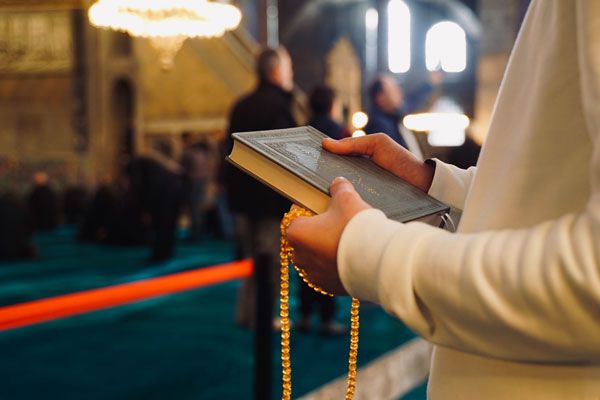 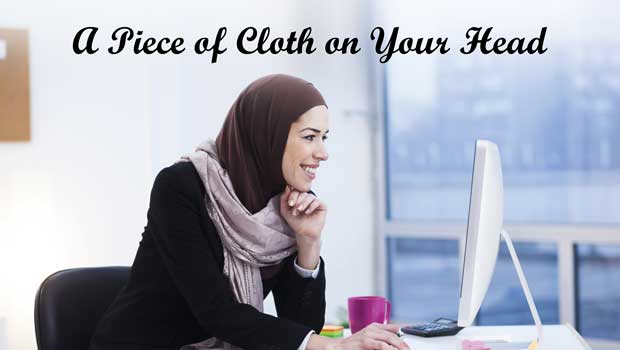 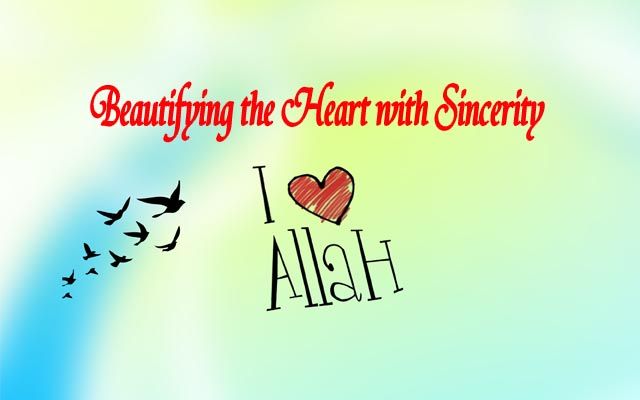