“A similar (favor you have already received) in that We have sent among you a Messenger of your own, rehearsing to you Our Signs, and purifying you, and instructing you in Scripture and Wisdom, and in new knowledge” (Qur’an 2: 151).

In this verse, Allah SWT tells us that Muhammad, the Messenger of Allah, peace be upon him, was sent to instruct us, to teach us the principles of religion so that we might attain wisdom. This is further illustrated in a hadith. Abu Musa narrated that the Prophet (pbuh) said, “The example of guidance and knowledge with which Allah has sent me is like abundant rain falling on the earth some of which was fertile soil that absorbed rain water and brought forth vegetation and grass in abundance. Another portion of it was hard and held the rain water and Allah benefited the people with it and they utilized it for drinking, making their animals drink from it, and to irrigate the land for cultivation. And a portion of it was barren which could neither hold the water nor bring forth vegetation. The first is the example of the person who comprehends Allah’s religion and gets benefit from that which Allah has revealed through me, and learns and then teaches it to others. The last example is that of a person who does not care about it and does not take Allah’s guidance revealed through me” (Bukhari).

It is clear from the hadith that we are meant to follow the example of the Prophet and whatever we comprehend and get benefit from when learning the principles and precepts of Islam, we are then to share with others by teaching them what we know. It benefits us to investigate the ways by which the Prophet taught his companions. In fact, there were many different teaching techniques that Prophet Muhammad, peace be upon him, utilized. Following are a few examples:

Another technique that he would often utilize effectively was asking a question to pique the interest and curiosity of the listeners. An example is when the Prophet asked his companions, “What would be the situation of someone who has a river at his door and every day, five times a day, he comes out and he takes a bath in that river? At the end of the day would he have any dirt on himself?” They responded, “There would be no dirt on him, O RasulAllah.” Then the Prophet said, “Similarly there are the five prayers cleansing the person in this way.

In the above hadith, the Prophet not only used a question to bring the listener’s mind to attentiveness, he also used an analogy — making a similarity between the five daily prayers as a cleansing of heart and soul to the river that cleanses the body. The hadith cited above about abundant rain falling on the earth also uses analogy to make clear the points.

Just as the Prophet used analogy to illustrate a point verbally, he also used drawing or illustration to make a point graphically. Once the Prophet drew a straight line through the sand and then drew lines to the right and lines to the left of the first line. Then while the people were looking intently at the drawing, he recited the verse, “And verily, this is My Straight Path, so follow it, and follow not (other) paths, for they will separate you away from His Path” (Qur’an 6:153).

In other instances he illustrated his point using his hands. When he said, “I and the one who takes care of the orphans are in paradise, like this” (Bukhari). As he was speaking, he interlaced his fingers.

Using daily living experiences as opportunity to instruct, the Prophet, pbuh, once was traveling with some companions and when it was time to prepare food, he asked them to slaughter a sheep. One man said he would do that, another said he would skin it, and a third said he would cook it. Then the Messenger of Allah said, “I will collect wood for the fire.” They said, “No, we will do that work for you.” The Prophet answered, “I know that you can do it for me, but I hate to be privileged. Allah hates to see a servant of his privileged above others.” And the Prophet went and collected firewood (Khulasat-As-Siyar).

The Prophet at times would redirect a question to a topic that is more relevant and instructive. Once a Bedouin asked the Prophet, peace be upon him, “When is the hour?” [the Day of Judgment]. The Prophet said, “What have you prepared for that final hour?” The Bedouin said, “I haven’t prepared a lot of salah and I haven’t prepared a lot of zakah but I am preparing one thing – my love for Allah and His messenger.” The Prophet (pbuh) said, “You will be with who you love.”

For those who are interested in further researching this topic, the following book is suggested: “Prophet Muhammad — The Teacher and His Teaching Methodologies” (Ar-Rasul al-Mu’allim wa Asalibuhu fi ‘l-Ta’lim) by Shaikh Abd al-Fattah Abu Ghuddah; Translated by Maulana Mohamed Mohomedy. 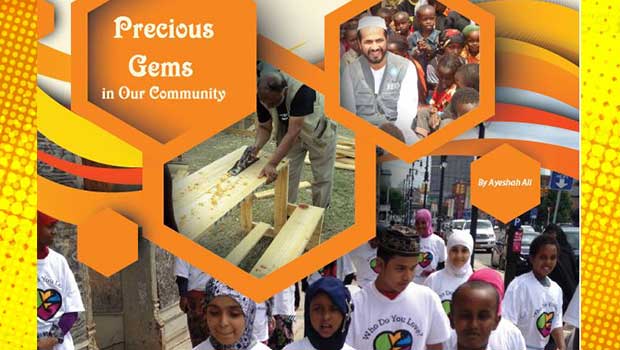