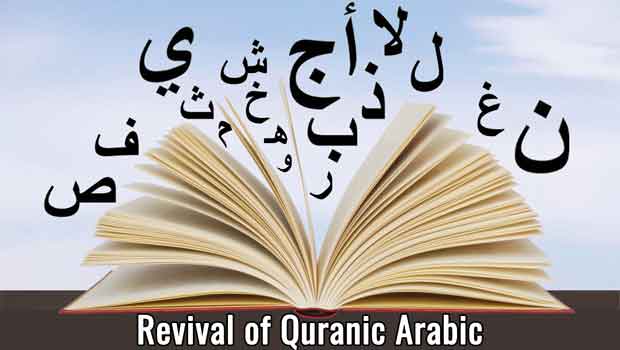 The importance of the Arabic language to Islam and Islamic culture cannot be overstated. Indeed, its importance is universally accepted in the Muslim world. The religion of 1.8 billion people is based upon an Arabic Quran, the revelation which was transmitted by Allah’s most noble messenger, Muḥammad (peace be upon him). Its recitation rings out from all inhabited regions of the globe. One of the most significant aspects relative to the miracle of the Quran is its powerful and inimitable language. The late Mufassir Mawdudi, in “Message of the Prophet’s Seerah,” states the following: “The Quran’s linguistic style makes it unique and impossible to be imitated. This is called the I‛jaaz al-Quran. From this I‛jaaz, the Quran issues a challenge to all of mankind to imitate the Quran as the rational proof of its divine source. This is because Islam does not accept blind faith and the challenge results in the definite conclusion that the Quran is from Allah.”
Understanding Quranic Arabic allows one to begin appreciating some of its numerous intricacies. Even the term “ayah,” meaning verse or sign, is itself a unique sign (evidence, demonstration, attestation) from Allah. Intrinsically, the Quran’s linguistics, grammar, rhetoric, prose, logic, and literary characteristics clearly differentiate it from human use of language. Altogether, the Quran was the most elevated presentation of Arabic that the Arabs at the time of the Revelation had ever encountered. This was evidenced by the testimony of a bitter enemy of Islam, Walid ibn Mughirah, who was one of the most eminent personalities and poets of the Quraysh: “I swear by God, there is none amongst you who knows poetry as well as I do, nor can any compete with me in composition or rhetoric – not even in the poetry of the Jinn! And yet, I swear by God, there is no similarity to what he [Muhammad] is saying [the Quran], and I swear by God, that indeed, his speech is very sweet, and is adorned with beauty and charm. Its higher part is fruitful, and its lower part is abundant, and it cannot be overshadowed! It shatters what is under it!”

Lack of Literacy in the Arabic Language

The Quran is the most highly regarded book, the only one that is memorized by millions. The preservation of the Quran in the heart, or Hifz, in and of itself, is a miracle of the Quran. However, it is tagged with a rather unfortunate paradox. The majority of the Muslim Ummah does not understand Arabic, the language of the Quran. Arabs constitute approximately 15 percent of Muslims worldwide, and that will probably decrease in the future, according to a 2017 estimate by Pew Research. This is not a new phenomenon, but the decrease in native Arab speakers has grown over the past few centuries as Islam has spread into every land. Thousands of Huffaz continue to be produced yearly from non-Arab Muslim lands. Much of the Ummah acquire the ability to read and memorize portions of the sacred Quranic Arabic script yet are completely oblivious to its meaning. This shortcoming is disheartening, demonstrating a complacency about the deen and absence of intellectual and spiritual depth. And there is little urgency or organized effort among Muslims to address this lack of Arabic literacy. It is important to note that rote memorization contradicts how the generation of the Prophet (peace be upon him) learned the Quran. Ibn Taymiyyah and others have mentioned that when the Sahabah learned just ten ayaat from the Prophet (peace be upon him), they did not hasten to learn more until they had digested the message and implemented the knowledge contained in the verses.

Beyond the requirement for proper recitation of the Quran, the purpose of learning verses is not simple rote recitation, transmission, or memorization. Its purpose is guidance: “This is the Book about which there is no doubt, guidance for those conscious of Allah” (Quran 2:2). Allah also says: “Those to whom We have given the Book recite it with its true recital. They are the ones who believe in it. And whoever disbelieves in it — it is they who are the losers” (Quran 2:121). Here, the word “tilawah,” translated as “recitation,” has a deeper meaning than simply qiraa’ah (recite; read), and implies, reciting, conforming to and acting according to what is recited. The true tilawah of the Quran is following and practicing the guidance that has been recited. And this can only be accomplished when the language of the Quran is understood, even if it is at a basic level.

History of the Decline

The history of the decline of proper use and understanding of the Arabic language among the Ummah did not occur overnight. After the first few centuries in the Islamic world, Fusha Arabic (classical or literary Arabic) ceased to be the standard in spoken language, even though Arabic was still the dominant language. After the Mongol invasion, Arabic lost its eminence and its decline continued under Ottoman rule. Later, with the rise of Turkish nationalism, the concept of reading and memorizing the Quran, without understanding the meaning, became commonplace and was an encouraged practice. The hadith of the Messenger of Allah (peace be upon him) says: “Whoever recites a letter from Allah’s Book, then he receives a reward from it, and the reward of ten the like of it…” This was practiced in a ritualistic fashion solely for blessings. One of the causes of the decline of the Ottoman Empire was the stark disconnect between the recitation of the Quran, and its application, understanding, and contemplation.
It is from this time period, along with the rise of European colonialism, that the learning of Fusha Arabic was systemically halted in the Muslim world, especially in lands where Arabic was not the mother tongue. It is important to note that colonialism and nationalism were not the only forces contributing to this decline. Islamic culture and influence stagnated in the 17th and 18th centuries. This was a universal phenomenon in practically all Muslim lands until the precipitous collapse of Islamic power in the 19th century. The colonial powers played a direct role, alongside nationalists like Ataturk, to bar the spread of Arabic and force Latin script upon non-Arab Muslims. This occurred with the Turkish, Malay, Hausa, and Swahili languages which had previously transitioned to Arabic letters. Arabic was essentially replaced with the language of the colonial powers which, in many places, has become the dominant language. Even in the Arab lands, the decline of the Arabic language had become significant up until its recent revival from individuals such as Muḥammad Abduh and his contemporaries . To this day, we see the lasting influence of the colonial powers in the Western language hegemony in the Muslim world. To complicate this matter, the Arabic Fusha language has moreover dispersed into regional dialects which have further distanced the Arabs from the Quranic language. We, as an Ummah, still have not been able to reverse the destructive effects of the colonial powers in diminishing Arabic in the non-Arab Muslim world.

In the 19th century, the response by some scholars to Muslims’ lack of literacy in Arabic was to translate the Quran into other languages. And from this, the translation of the Quran into practically every language has continued until the present day. Unfortunately, for non-Arab Muslim countries, this has remained the accepted response to tackling the centuries old problem of Muslims memorizing, reading, and/or reciting the Quran without understanding the meaning. Despite the revival of Arabic in the past century or so, from the period of stagnation and taqlid (here, this term refers to “blind following of a religious school” and the stagnation in relevant jurisprudence and scholarship which result), the Muslim world still has not been able to break the colonial shackles. Our identities, nationalities, and languages remain not much different than those carved out for us by the previous colonial powers. We are still reciting the Quran ritualistically without taking heed of its guidance and wisdom. It is important for the Ummah to increase awareness of this problem if it is to be remedied.

Is Fusha Arabic gone? No, alḥamdulillah, never can or will it disappear. The vastness of Islamic knowledge, science, and literature has been inscribed in Fusha Arabic. And the Quran itself is the highest presentation of Fusha Arabic. It is the basis of what we know as “Modern Standard Arabic” or MSA. Despite how secular MSA may appear, it is rooted in Classical or Fusha Arabic. Unfortunately, Fusha Arabic is not at all prevalent in the Arabic world, even among the most literate or religious. In Arab countries over the past few centuries there has been a widening disconnect between Fusha and the conversational Arabic that is used in society. Fusha Arabic has been confined for the most part to a purely religious or classical Arabic literature role. It is also used in khutbahs, official speeches, and formal news, but scarcely in any other societal context. Perhaps even more alarming than this is the contemporary decrease in the use and value of Arabic in Arab countries themselves. In one poll of young Arabs from the Gulf, one third report use of English more than Arabic on a daily basis. Affinity for the language of the Quran for American Muslims is not much different than rest of the Ummah. Our demographics are also not dissimilar to the worldwide Muslim population — one-third of American Muslims are Arab, one-third South Asian, and one-fifth Black Americans. Furthermore, we live in a society where Arabic is scarcely spoken, except in the privacy of some homes.
If we are to uphold and continue the legacy of Islam here and elsewhere, we need to uphold and spread Fusha Arabic. Any distancing from the language will push us further from the Quran’s guidance and its divine benefits. Furthermore, the Ummah is at critical crossroads, and is continuously challenged by trials and tribulations of every kind. The masses need a direct connection to the lofty words of Allah Almighty so that they be protected from misguidance, ignorance, discord, insincerity, materialism, and despair. There are many challenges to moving the Ummah towards Arabic literacy nationally and internationally. The first step is in realizing the full nature of this calamitous problem. Only in that way we will find the proper perspective in formulating solutions. One positive note is that the average non-Arab Muslim has the ability to read the Quran at some level, whether basic or higher. This actually makes a realistic solution more feasible. One prospective solution is that all Islamic Institutions make teaching Quranic Arabic a mandatory part of their curriculum, especially those that teach and supervise Quranic Hifz. Another recommendation is that Islamic schools in both Arab and non-Arab lands transition their Arabic curriculums from conversational to Fusha or Quranic Arabic. Altogether, we need to make learning Quranic Arabic a principal goal in our lives, and to do so to the best of our abilities. 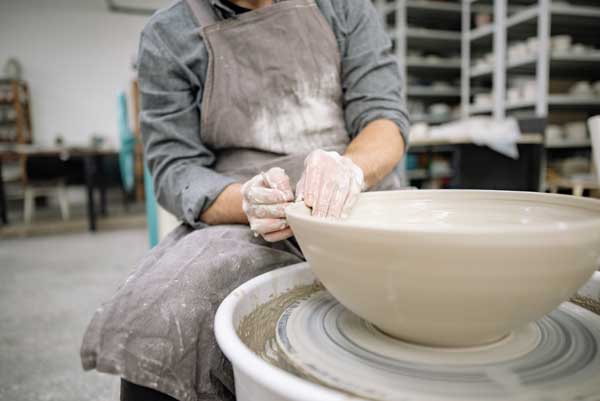