A Test of One’s Faith

A familiar theme becomes apparent in verse after verse – that among those who do not believe in Islam there are some who say negative, critical, disparaging things about the religion and its followers, but the point is to know full well that it is part of the testing of one’s faith: “You shall most certainly be tried in your possessions and in your persons; and indeed you shall hear many hurtful things from those to whom revelation was granted before your time, as well as from those who have come to ascribe divinity to other beings beside God. But if you remain patient in adversity and conscious of Him – this, behold, is something to set one’s heart upon” (3:186).
In fact, at those times when confronted by people who disparage the religion, one has opportunity to come closer to Allah: “Hence, bear with patience whatever they [who deny the truth] may say, and extol thy Sustainer’s limitless glory and praise Him…” (20:130). It is also an opportunity to purify the soul and elevate one’s character by practicing virtue: “Many of the followers of previous books wish that they could turn you back into disbelievers after you have believed, but you should pardon and forgive” (2:109).
One distinction is important to make. Some individuals mock, insult, and are quick to offend Islam and Muslims in various ways. They are distinct from those who are followers of another religion or who are atheist but are willing to engage in mutually respectful and dignified discussion and debate about Islam and religion in general. The Quran tells us with regard to these people: “Invite to the Way of your Lord with wisdom and beautiful exhortation; and argue with them in the most kindly manner: for your Lord knows best who has strayed from His Path and those who receive guidance” (16:125).
The Quran is full of stories about how God, prophets, and followers of religion are mocked and tormented by those who don’t believe: “Ah! Alas for [My] servants! There comes not a messenger to them but they mock him!” (36:30). And the Quran points out about the rejecters of Muhammad’s claim of receiving divine revelation, that they called him a fabricator of verses (16:102), a madman (15:7), a mad poet (37:36), a sorcerer (38:4); and he was called a liar like other prophets before him (35:4). The Quran also states, “Verily, as for those who affront God and His Apostle – God will reject them in this world and in the life to come; and shameful punishment will He ready for them” (33:57). These verses make it clear that God’s message and His messengers have always been roundly rejected and condemned and made out to be false by a number of the people.
Some Muslims point to cases in which the Prophet (pbuh) called for the killing of those who offended him. In fact, there are two hadith that record the killing of a man, Ka’b ibn al-Ashraf, and all the men of the Banu Qurayzah, a tribe in Medina. In both instances the Prophet’s decision to have them killed revolved around their support of the Quraysh who were in ongoing, open hostilities against the Muslims. A good argument can be made that their crimes were acts of treason during wartime rather than acts of insult or offense; that their deeds were breaches of allegiance to the ruling authority in Madinah by aiding and abetting the enemy, rather than personal offenses against the Prophet. The death penalty in these two cases was applied. In similar fashion, the U.S. and many modern states have punishments for treason that include the death penalty.

A narrative is, simply put, a story and human beings love stories. It is a great way to bring to life the point you want to make about the Prophet (pbuh)

When someone brings up in discussion erroneous or even defamatory information about the Prophet (pbuh), it is the perfect opportunity to share narratives about his life and character. A narrative is, simply put, a story and human beings love stories. It is a great way to bring to life the point you want to make, or the defense you want to forward about the Prophet. If someone says that he was violent, for example, if I respond that Islam is a religion of peace and the Prophet was sent as a mercy to humanity, it can come across as a talking point and very likely the person has heard that many times before. If instead, one shares a story about him like some of the hadith cited above, it is far more likely to make an impact. Imagine being in a college class or with colleagues at work and the subject of terrorism comes up. Someone makes the statement, “Well, it’s not hard to understand why so many Muslims commit acts of terror since Muhammad was an angry, violent man.” One could answer, “Actually, he was the most gentle of men. His wife said that he was the last one to ever get angry and the man who worked in his household said that he never expressed any sentiment of dissatisfaction. One time a rough Bedouin man came and urinated inside the mosque, the house of worship. Prophet Muhammad, peace be upon him, was there with some of his companions and one of them harshly scolded the man. The Prophet told his companion to leave the man alone. When the Bedouin had finished urinating, Prophet Muhammad called the man over and told him that this was a place for the remembrance of God and for prayer and not appropriate to urinate there. The Prophet then asked one of the people to pour a bucket of water where the man had urinated in order to clean the area. The biography of Prophet Muhammad makes it very clear that this is how he dealt with people, all people, in the most kind and gentle way. He taught that a person who is not kind and gentle is lacking all virtue. He also said that the strong man is not the one who can wrestle someone to the ground but the person who restrains his anger. So whoever told you that the Prophet was an angry, violent man just doesn’t have the facts.”
The point here is that changing the narrative about Islam can very effectively include Muslims sharing narratives about the Prophet of Islam that discredit the untruths that are spread about him. And one of the most effective ways to illustrate just how benevolent and elevated his character was is to tell stories about his life. This is much more effective than making generalized statements about him (pbuh).

When Confronting Insult, Mockery, or Hate

To summarize the points made so far, based on verses from the Quran, we can list the following:

God’s religion and His prophets have been mocked and belittled throughout history.
The messengers of God have been insulted and otherwise verbally abused by adversaries.
God is well aware of this and will punish those who deserve it on the Day of Accountability.
Mockery is the talk of ignorant, foolish people.
Believers are to avoid the company of those people, but if addressed they should return greetings of peace.
Upon hearing hurtful things about God, His Prophet, the religion, or Muslims, we are to put our trust in Allah, remain patient and conscious of Him and extol His glory; we are to pardon and forgive the unbelievers and if it is necessary to respond to their calumnies, we should repel the evil with something good.
In encounters with non-Muslims who are sincere and willing to engage respectfully with Muslims, one is to discuss with them in a wise way, with beautiful exhortation, and to engage in augmentation that is kind, respectful, and gracious.

Words that mock and insult are like dead wood – fallen branches or stumps of trees that no longer hold the flowing sap of life, roots torn up from the loam and left to shrivel upon the surface of the earth, fruit-bearing vitality long gone. In response to those whose utterances offend and disparage, Muslims can return that evil with words that confer dignity and respect.
“Do you not see how God sets forth a parable? A good word [is] like a good tree, whose root is firmly fixed, and its branches [reach] to the heavens. It brings forth its fruit at all times, by the permission of its Lord. So God sets forth parables for people, in order that they may receive admonition” (Quran, 14:24-25). 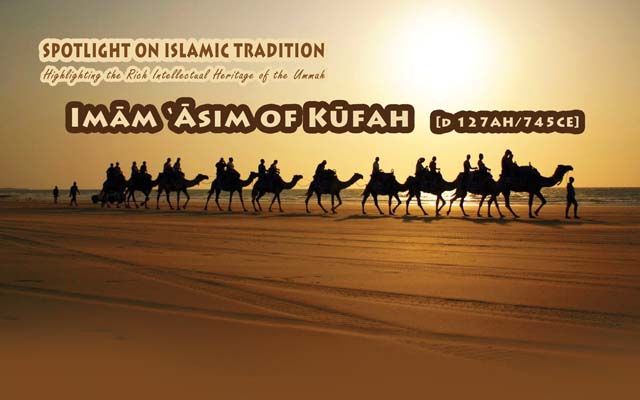 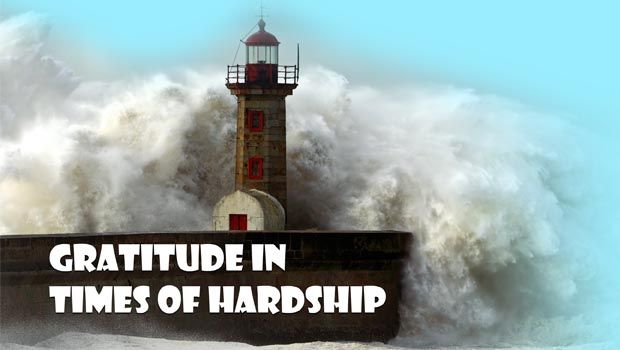 Gratitude in Times of Hardship