Br. Irfan Khurshid is currently working as a Senior Advisor for International Affairs, Programs & Disaster Management with Helping Hand Relief & Development (HHRD), a Detroit based international Muslim charitable organization. He has been associated with HHRD since its inception in 2005 as its first Executive Director. His work with relief programs, however, began about 16 years ago in 1998 with ICNA Relief. A civil environmental engineer by profession and training, he began his work with social programs when he was a student. Since then, his passion for helping the needy has thrived and kept him active and motivated through his work at Helping Hand. Recently, he represented HHRD and WhyIslam at the Latin American Muslim Leaders Conference that took place in Sao Paulo, Brazil. Sr. Ayeshah Ali interviewed him on behalf of the Message International.

HHRD is just beginning its services in Latin America. This interview provides highlights of a recent visit to Brazil and Mexico.

A: I attended this conference on behalf of HHRD and WhyIslam to represent both initiatives. This conference is typically held annually and organized by Center for Dissemination of Islam in Latin America. This year’s theme was “The Foundations for a Dialogue between Muslim Minorities”.

For HHRD, I wanted to reach out to the Muslim leaders there on beginning and establishing new HHRD relief programs in Latin American countries. I wanted to network and build contacts with these representatives so that we could identify the needs of the impoverished communities and then define what types of services are critically desired and needed in those areas. Additionally, WhyIslam is looking to represent Islam during soccer’s World Cup events in June as part of a Dawah program and my goal was to work with the attendees at the conference to coordinate the most optimal ways to pursue this and get the message of Islam out to as many people as possible.

Q Please describe your opinion on the outcome of this conference in how it measured against your expectations in reaching your goals.

A: Yes, I felt it was very productive for both my purposes. There were approximately 150 representatives attending the conference representing many different Latin American countries. These were leaders from local Islamic centers, social relief workers and some academics as well. Because of this, I was able to network with a wide variety of community leaders and establish ideas on how to promote this event for WhyIslam as well as elements needed to initiate HHRD relief efforts for people in their areas.

Q What is the current strength of HHRD in Central and South America?

A: We are just beginning to start our services there. This was my first time in South America but I have been to Mexico a few times already where we were able to obtain registration for HHRD in February 2014. We have distributed food, established some medical clinics in the vicinity of Rosarito, in Baja California, Mexico. Haiti also has seen our work since year 2010 where we assisted with disaster recovery, built shelter homes, water wells, a qurbani/zabiha program and also started a Youth for Haiti program. This initiative allows us to send students to Haiti where they volunteer to help with relief efforts. It’s a rotating cycle between groups of students that visit there for a certain amount of time and then return to allow a new group of students to attend and experience relief work.

Q What do you wish to improve of the services already established there or what new endeavors are you hoping to establish?

AIn Mexico, we have identified the need for some relief programs which we are planning to start soon. First is to build shelter homes in the low economic areas, serving the Muslim community here as well as the Native Americans that reverted to Islam and are living in impoverished areas. This is being carried out in the state of Chiapas. Our second initiative is to build an orphan support program to assist the youth in essential items for living as well as ability to get an education. The third initiative is to establish a skills and vocational training center where individuals can learn a trade to earn a livelihood. All these are in addition to the Interest Free Micro Finance Program (IFMFP) and In-Kind Relief Program (IKRP) where we provide food, clothes, shoes, jackets, medicines, and so forth for different areas in the country as part of the Eid Gift Program and the Qurbani/Zabiha Program.

Q What are the significant challenges or obstacles you have encountered in Central and South America that have prevented or delayed your ability to start these programs/services there?

AThe most prominent thing is language. Communication with the people in these foreign countries turns out to be the most difficult in overcoming when trying to assist the people while having limited resources. We try to engage people from the local communities to help implement the programs but we also need more experienced people that are more likely to come from the U.S.

It is also important to be sensitive to local practices and customs so as not to offend any of the people while assisting them. And lastly, to be aware of the safety and security of yourself and your staff as some regions are not as safe and secure as others. It is necessary for us to educate ourselves prior to our trips to review the areas safest for the establishment of our efforts, whether it be in the cities or in the countryside.

Q What are some of the pitfalls that you are looking to avoid as you plan these initiatives?

AIt is critical that we ensure the security of where we are doing our work. In addition, we have to practice due diligence in selection of human resources, knowing who we are hiring and knowing their credibility. Building a good solid team ensures a project to go more smoothly and it is important to remove any weaker links to avoid potential conflicts. Also, it is important that we do not attempt to start up too many programs at the same time; better to start it small and then slowly build on its foundation. Establishing a base camp where we coordinate operation of our tasks is also an important element. Lastly, we also need to be in line with local authorities and regional regulations to ensure we are in compliance with them.

Q Describe your process in organizing a program or task relief effort.

AWe look at three things: the type of program we want to establish, the size of it and then how much funding we have for it. Based on this, different timelines are set for each project which can range from a few months to over a year. And some are ongoing projects with essentially no completion dates such as sustained support for orphans.

QFrom your perspective, how far along has HHRD come from its inception to today? What programs have you felt were the most successful and provided the most benefits and resources to the people that you were serving?

AAlhamdulillah, revenue for HHRD has been increasing each year. In 2012, it was over $20 million and in 2013 we reached over $30 million in donations, fundraising and recurring donors. We have established offices in over 10 countries, 13 offices within the U.S. and we have regular ongoing projects in over 20 countries. Additionally, we have established seasonal programs in over 55 countries. HHRD has over 12 different programs but our strongest programs are the Orphans Support Program (OSP), Interest Free Microfinance Programs (IFMFP), drinking water programs, physical rehabilitation programs, and lastly the skills and vocational training programs. These accomplishments describe the growth of HHRD over the past years.

Q Any other important thoughts you would like to share about your experiences as a relief worker?

A: I would like to mention that for us living in the U.S., we are blessed with a lot of comfort and amenities that our neighboring countries do not have. We don’t always realize that only a few hours of flight away from the US and we can see the prevalence of poverty, lack of resources, and suffering of so many communities. It is important for us to remember them and identify what needs to be done and what we can do to help these people regardless of race or religion. Let us reach out in some way and at some point in our lives to those less fortunate. 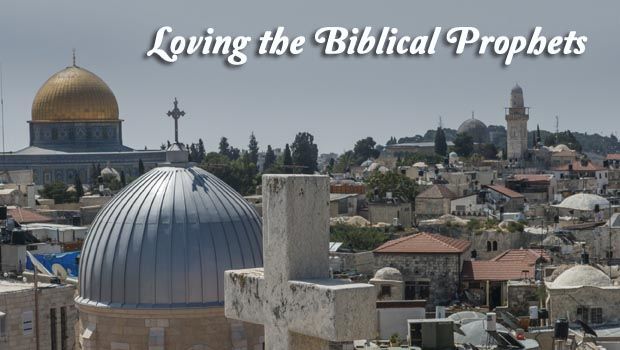