While most children his age attend school fulltime, our young brother Nooruddin spends many of his days making sweet desserts to sell on the streets of Mexico City. Each batch takes him three hours to prepare. Once the desserts are finished, he cools and wraps them to sell for a small profit of 15 pesos each, about $1USD. On a good day, he can sell 30 desserts, earning about $30 to help his father, who suffers from heart problems, provide for their family. Nooruddin and his family are among a growing minority of Mexicans who have come to accept Islam as their religion, and like millions of other people across Mexico, poverty is their way of life.

Helping Hand for Relief and Development (HHRD) is one of the few Islamic NGOs focusing attention on aiding Muslim families in Mexico with long-term relief and development programs. Since 2012, HHRD has been working in various parts of Mexico to aid families with food packages including Zabihah compliant meals and Ramadan iftars, diabetes screening programs, school supplies, and gift bags for children. “I don’t know if maybe the impression is that Muslims in Mexico are self-subsidized and self-supporting, but it’s not true,” said the Libyan Ambassador to Mexico, Muftah Altayar.

According to a 2009 PEW report, the number of Muslims in Mexico is approximately 110,000, accounting for less than one percent of the total population. However, by the mercy of Allah and then the outreach efforts of both Mexican and immigrant Muslims, Islam in Mexico is spreading. “Alhamdulilah, in Mexico it is very easy to talk in the universities and the high schools. They invite us to talk about Islam because the people really want to learn about Muslims,” said Imam Isa Rojas, the first Mexican graduate of the Islamic University of Medina, Founder of the Al-Hikmah Center in Mexico City, and active caller to Islam in Mexico. “The people want to know about Islam because they don’t have a negative opinion about Muslims like they do in Europe or perhaps in the United States.”

Mexico City, the bustling capital located in the center of the country, has upwards of 3,000 Muslims living within its borders, many of whom are converts. In the Southeast region of Mexico lays the Free and Sovereign State of Chiapas. It is a lush and culturally rich land with an estimated 100-300 Mexican converts to Islam who have established a small but growing Muslim community in the city of San Cristobal de las Casas. However, many of the brothers and sisters in this area struggle with basic necessities such as job security, education and healthcare.

While in Chiapas this past year, HHRD volunteers were given a tour of the community by Brother Yahya Gómez, one of the prominent Mexican converts to Islam and activists in Chiapas. The homes were simple structures of wood plank walls and metal sheet roofs, made to house only a few people. However, it was not uncommon to see extended families of 15 or more relatives living together in the same space. Men in the community can only secure work as manual laborers, if they are able to find work at all.

“It’s in very bad shape. You have a few families living in one house. It’s more a kind of temporary shelter; I cannot say it is a house. It needs renovation… I say they need a new house in its place,” said HHRD International Program Director, Irfan Khurshid, when he witnessed the poor living conditions.

For only $27,000 per home, HHRD’s Home Renovation and Building Project can provide for current homes in Chiapas to be upgraded or completely redone to provide safer, more spacious homes for growing families, including all necessary plumbing, electric, and construction costs. Some homes will even be completely rebuilt in safer neighborhoods that are closer to the local masjid.

To further aid Muslim families in Chiapas, HHRD is implementing a Micro Finance Initiative that will provide interest-free small business loans to individuals with the ambition to become self-sustaining. With small loans ranging from $1,500 to $4,000, participants in the program can learn skilled trades and begin to operate their own businesses in the fields of carpentry, sewing, baking, or auto mechanics to help raise themselves and their families out of poverty.

“This micro financing project is so amazing because it takes a simple donation, you know somebody can give $1,000 or $2,000 to help a Muslim start up a company,” said Boonaa Mohammed, a volunteer who recently traveled with HHRD to Chiapas. “It will take that money and allow them to buy whatever necessary tools are mandatory for the specific trade. It will give them the bare minimum. And then once they have actually been able to become successful in their trade and they have that money, they give it back to the charity which then gives it back to another Muslim that wants to, again, prove themselves through a trade.”

HHRD is also in the process of establishing a Skills and Vocational Training Center in Chiapas to assist unemployed individuals gain the education and training needed to earn steady and halal sources of income. “In this center we can teach them different skills and they can learn a trade so that they can start their own business or find different jobs,” said Khurshid. “This will help them economically and will help them educate their children because many of the children from these unemployed and low income families have not had access to an education.”

In addition to these large scale development projects, HHRD is also in the process of starting an In-Kind Gift Program to provide immediate necessities to families in Chiapas, Rosarito, and Mexico City, as well as an Educational Support Program where donors can sponsor a child for only $1 per day to help provide them with necessary school supplies.

“Often times, in North America, when we look at converts and reverts, there are so many difficulties they have integrating within our Muslim communities,” said Mohammed. “Now imagine a community of reverts and converts trying to integrate into a non-Muslim society that doesn’t have a strong basis of Islam for them to fall back on. It is imperative that we offer our support in whatever way that we can and know that whoever gives for the sake of Allah, subhana wa ta ala, the sadaqa will never go to waste.”

To get involved with Helping Hand for Relief and Development programs in Mexico, visit their website www.hhrd.org, contact info@hhrd.org, or call 1-888-808-HELP (4357). 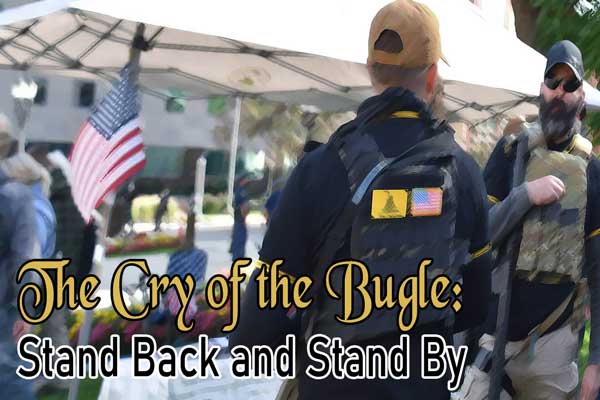