Ever since childhood, I have felt in some way like a “spiritual” person, and found myself unlike other children. Because of this, I sometimes felt alienated. I was different, and it remained to be seen whether this was a good thing or not.

My family members all know that I am a Muslim and and that it is a permanent choice. Initially, it was a little difficult. My family
has come to accept that I am Muslim

I am of Latin American descent. My parents came to NY from the Dominican Republic in the late 60s. Unlike the current depression (yes, I think it’s a depression), it was a time of industry and prosperity— lots of work and possibilities for success. Like other Latinos, I was born into the Catholic faith. I went through the motions of what it means to be Catholic: I was baptized, did my communion and confirmation. I was even an altar boy at one point. But by the time I was a teen, I was growing impatient with Catholicism. Part of it was that I was not getting the answers that I sought. I started exploring different religions and other forms of spirituality. I had already read the New Testament cover to cover — not an easy thing for a young person to do. One thing that annoyed me a lot and I found difficult to understand was the cult of saints. Another issue that troubled me is that there is so much written in the Bible that is not followed by the church.

By age 16, I can confidently say that I had renounced Catholicism. I still considered myself “Christian,” however. I visited churches of differing denominations and watched lots of televangelists but just could not feel a sense of belonging. One of the biggest things that I did not like about Christianity was the inter-denominational bickering. There was a complexity to Christianity, or so it seemed to me, that just kept me wondering and doubting. In my search for understanding, I looked into Judaism, Buddhism, Hinduism, Santeria, and various New Age and occult movements. As for Judaism, I recognized some “truth” in it.It seemed “truer” to me than Christianity. I just could not deal with a life without Jesus. This was a big sticking point for me (later, when I found Islam, it was very compelling to me that I would not lose Jesus, peace be upon him).

Buddhism seemed too esoteric, a little complicated, and to some degree too bland. The kicker for me was when I went to a Buddhist temple in Manhattan. When I knocked, someone quietly came to the door, almost like they were sneaking up to the door, peeked through the peering hole, and quietly left, hoping I wouldn’t discern their presence. I knocked again and politely stood there for a few more minutes, hoping someone would acknowledge me but no one came back. Hinduism’s caste system and grandiose number of gods and goddesses just repelled me. That religion was interesting sociologically and it even had teachings that influenced me such as vegetarianism; but I could not find it in me to bow down to numerous and varied gods. Santería’s gods also repelled me. And it is a secretive religion and to me this was problematic— if you have the truth, there is nothing to be kept secret. The many New Age movements just seemed too complex and at times even silly.

By the time I was 19, I had renounced Christianity once and for all. I continued my search, though. This led me to read on a continuous basis, something that I still do. When I was 20, a friend of mine gave me a book published by the Ansaaru Allah Community, a Black Muslim cultish group that was founded in the 60s (which by the 80s had abandoned its “Muslim” creed; they now call themselves the Nuwaubian Nation).Still, after reading their publications for about 2½ years, I decided to become “Muslim” at age23. In retrospect, I cannot say that I really was Muslim as the Ansar teachings were quite deviant from pure Islam. And the leader of this movement changed his beliefs and doctrines ever so often. This I found to be strange and it nagged me inside. I lasted two years in this movement.

At the time, I did not know any orthodox Muslims who could guide me. Only God could guide me and this He did. One day, while attending Jumu’ah (Friday prayer service) at the central mosque in Manhattan, a Hispanic brother noticed that my jalabiya (Islamic dress) had an insignia sewn on that revealed my affiliation with the Ansars. This brother was kind enough to take time out and talk to me. He did not speak English well but he attempted to tell me the errors of the Ansar beliefs. This brother introduced me to some other brothers and gave me a book that set me straight. It was “The Ansar Cult” by Bilal Phillips. After reading it, I knew I was wrong to affiliate myself with the group.

After this episode, I took shahada again with Alianza Islámica (Islamic Alliance), a Sunni organization in Manhattan. I was then 25 and had been guided to the truth by Allah SWT. I still love to read and I am constantly learning; but I am no longer searching for the truth – I have found Islam.

Since then, I have co-sponsored the formation of LADO (Latino American Dawah Organization), a group dedicated to spreading Islam, with special focus on Hispanics. LADO strives to reach out to Latinos and provide information about Islam as a way of life, and to promote a greater appreciation of the legacy of Islam in Spain and Latin America.

My family members all know that I am a Muslim and that it is a permanent choice. Initially, it was a little difficult. My dad thought I had been brainwashed. My mom was worried for my safety. It’s been many years since my conversion now, and my family has come to accept that I am Muslim and I have no problems with any of them. Yes, I have taken a different course than most people I have known. I have felt alienated from the faith of my birth. But now I know that it was all for the good. 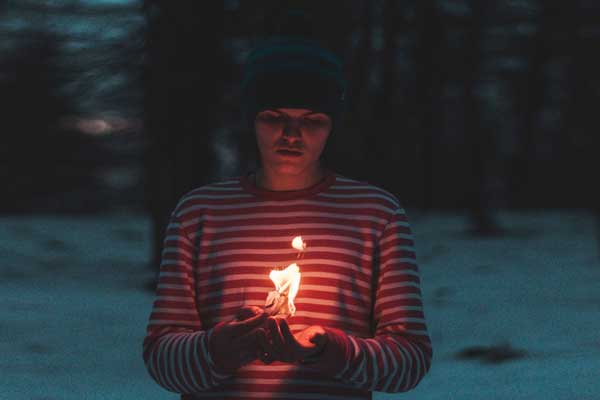 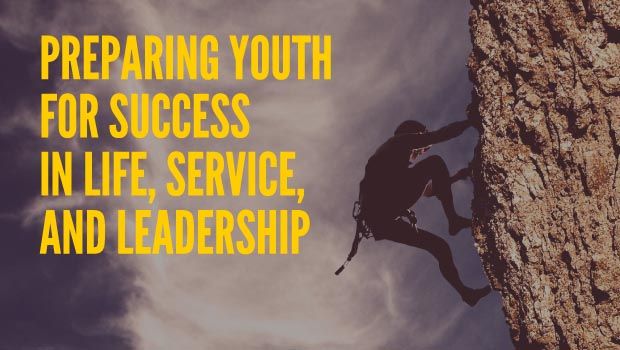 Preparing Youth for Success in Life, Service, and Leadership