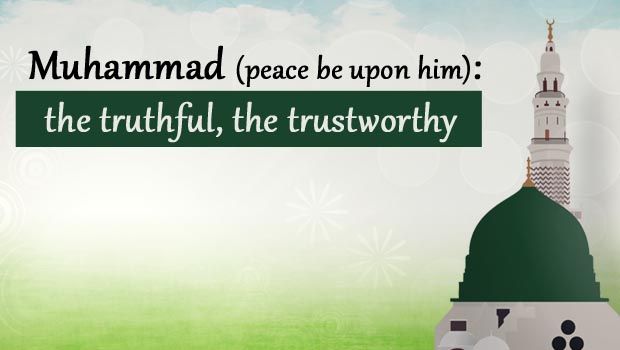 Just outside the city, he stopped and looked back. The place he was being forced to leave had been his home for over fifty years! It was here that he had been born, raised, married, and had his children. The people here were his people, some of whom he had known since he was a child. Yet, now they were not willing to tolerate his presence just because his belief was different from theirs; they would have killed him had he not managed to escape.

Yet this was not the only pain and suffering he had endured in his life. His father had died even before he had been born; his mother when he was six. His grandfather, who had loved him very much, also passed away when the little boy was only 8-years-old. His uncle then raised him and loved him like a son, but his business had waned and the young orphan needed to tend sheep to help cover his upkeep.

He married at age 25 and this had brought much happiness into his life; but in the city were two little graves, those of his sons who had died in infancy. By the age of 40, due to his honest and fair dealings as a businessman, his reputation had been established: he was known as Muhammad, the Truthful, the Trustworthy.

Yet when he chose to believe in one God and tried to convey God’s message, he was persecuted. As had happened with prophets Noah, Jesus, Jonah and others, those who refused to believe in Muhammad’s divine mission, which called for egalitarian reform and social justice, were the ones who were the elite and privileged in a corrupt system.

When he had stood on Mount Safa and called to the people saying, “If I were to tell you that there was an army behind this mountain ready to attack you, would you believe me?” — they voiced their complete faith in him. This made sense as they saw him as the truthful one who never told a lie. But when he said, “I am a Warner sent to you …” — they disbelieved.

They persecuted him and his followers, murdering some, seriously injuring others, all in an attempt to maintain the status quo that gave them unlimited power and privilege, and kept the common man impoverished and subject to their authority.

Despite all this, the universal message of Islam spread as more and more people realized that it made more sense to declare their loyalty to, and dependence on, a Supreme Being rather than on another human being. They realized that human power is relative and conditional and that the “powerful” man is as helpless as any other when death comes to claim him; he has no power to avert it.
Those closest to the Prophet were the first to come to Islam. The people closest to us are the ones who know us best, who see both our strengths and our weaknesses. The Prophet’s wife, his servant, his cousin who lived with him, and his best friend were the first to accept Islam and his prophethood, a testament to his remarkable character.

The Prophet’s wife, his servant, his cousin who lived with him and his best friend were the first to accept Islam and his prophethood, a testament to his remarkable character.

His early followers were mainly those who were poor and disadvantaged in the society of Makkah. They recognized the truth and accepted it even though they knew that their newfound belief exposed them to the wrath of the aristocracy. But those who were oppressed and suffered injustices found hope in Islam’s promise of a Day of Accountability when every human being would have to answer for his misdeeds and receive from God an exact recompense for them. Those who had murdered, stolen, cheated, bribed, raped, lied, or committed any other wrong, and had managed to escape the law of the world, would be brought to justice before a Supreme Authority on this promised day, the Day of Sorting Out. No escape would be possible and all accounts would be examined and dealt with in utter and complete fairness. There is supreme truth and justice in this message.

For those who had done wrong in ignorance or who had made mistakes, even grave ones, the message was one of hope, that in repentance there was absolute hope for God’s mercy. If they truly repented, no sin was too great for God’s Mercy and every wrongdoing had access to His Forgiveness.

Fearing loss of their elite status under a just social and political system that Islam would bring, the rich and powerful leaders in the city of Makkah plotted to assassinate the man they had called The Trustworthy, The Truthful.

The opposition of the disbelievers saddened the Prophet because they had failed to see the Reality of which he spoke and warned, and were destined to suffer on account of their spiritual blindness on the Day of Judgment. They tried to bribe him with wealth, power, and women but acquiring these things were far from his objective; his only aim was obedience to his Lord and the salvation of the people he had been sent to as a Messenger.

The disbelievers mounted their attack against him and his followers, forcing them to leave their homes to escape persecution. Driven out of their city, they had no hope of ever returning. Yet, in just eight short years, God would bring them back into that very city as the victorious ones! And unlike the arrogant leadership that was driving them out of their homes now, they would enter their city, not with pride and desire for vengeance, but with humility and forgiveness in their hearts. For they knew that man does not have the power to achieve anything except by the will of God.

But all that was eight years in the future. Now, as assassins lay waiting for him, God protected His prophet as he left his house and made his way outside Makkah. Looking back at the valley below, he said, “Of all God’s earth, you are the place dearest to me and had not my people driven me out, I would never have left you.”

In the life of this man, Muhammad, Prophet of God, we find great lessons. If we seek shelter with God and trust in all that He has promised, we find peace and acceptance within ourselves. What seems insurmountable and grievous — if we surrender our souls to God — holds great blessings for us through our struggle, and all difficulty finds its resolution in time. For all things are possible when God is at the helm in our lives, as God is Almighty, capable of all things.

Let Us Know Muhammad (peace be upon him) →

The Prophet’s Wisdom and the Grand Gift of Science →