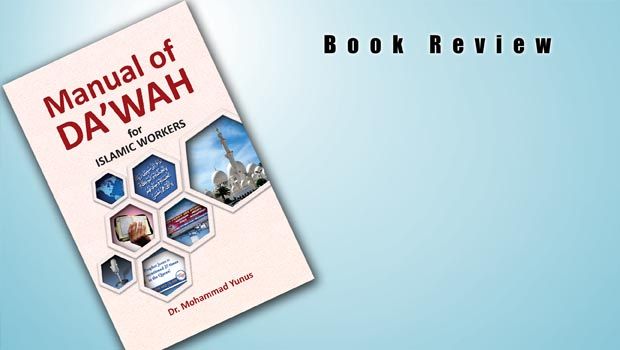 Dawah, or sharing the true message of Islam, is a fundamental responsibility of every Muslim. It is also a collective obligation of the Muslim ummah. The Quran proclaims: “Thus have we appointed you as a community of the middle way so that you may be witness to mankind and that the Messenger may be a witness to you…” (Baqarah, 2:143). The Quran also tells us: “You are the best community that has been raised up for mankind. You enjoin the doing of what is right and forbid the doing of what is wrong, and you believe in God…” (Ali Imran, 3:110). And Prophet Muhammad (peace be upon him) said, “You should pass it on to others even if you know just one sentence [of Islamic knowledge].”

Islamic Circle of North America, as an Islamic movement, has been carrying out this task over more than four decades as a leading dawah, educational, and social service organization. The “Manual of Dawah for Islamic Workers,” prepared by Dr. Mohammad Yunus for ICNA’s dawah department, was first published in August, 1983 as a guidebook for Muslims in general, and ICNA workers in particular, to carry out the obligation of dawah in a well-informed and effective manner. Now, ICNA has published its completely revised and updated 4th edition.

The book starts out by introducing the concept of dawah in the light of Quran and of the sunnah of our beloved Prophet (pbuh) so that the reader understands clearly why it is important to carry out this essential obligation of outreach to people, a legacy of all the prophets of Allah. The book then outlines the contents of the dawah message to fellow Muslims and to non-Muslim audiences, as suitable to each. It then emphasizes that the character and conduct of the daiyah is of paramount importance, as the backbone and embodiment of the words of dawah.

Various techniques of dawah are presented, geared to individual or collective audiences, from spouse and children in one’s own home, to other relatives and friends, to people in the larger community. Part V provides the reader with information about Christianity, its various doctrines, its scriptures, and the position of Jesus (peace be upon him) in the Quran. Part VI presents the activities and accomplishments of WhyIslam (WhyIslam.org) and Gain Peace (GainPeace.com), two highly successful dawah projects of ICNA. Their various programs are outlined, with statistics showing the encouraging results of the ongoing dawah work. Finally, a list of recommended books is provided for those who are serious and determined to further develop their skills in dawah. There is also a list of books that are recommended for distribution to individuals and groups who are the recipients of one’s dawah activities and efforts.

The preface of the 1983 manual says, “The act of submitting to Allah requires that every heart beat of a Muslim must carry the message to those around him, that there is no god but Allah and therefore, He alone is the final authority. Concern and unequivocal commitment to Allah’s orders are not the only tools for an Islamic worker. He employs the best available technique of mass communication in a systematic manner for taking Allah’s message to all.” That message is compelling today as it was three decades ago. The “Manual of Dawah” has helped many over the years who thus strive to carry out dawah work, whether on their own or through an organization such as ICNA.

This valuable manual is recommended reading for every Muslim who realizes that it is his/her obligation to share the truth and the beauty of Islam with fellow citizens.