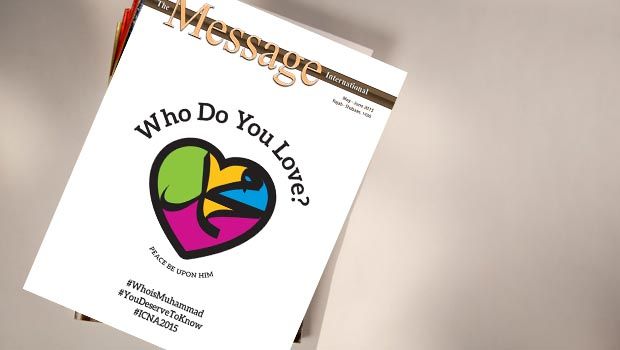 “Perhaps the world was never in greater need of an accurate account of Prophet Muhammad’s life than it is now.” So states Adil Salahi, author of Muhammad: Man and Prophet. While awareness of Islam and Prophet Muhammad has increased considerably in recent years, many people still do not really know who he was and what legacy he left behind. The Charlie Hebdo caricatures of Prophet Muhammad are a reminder that the understanding many people have about the Prophet is extremely flawed and far from factual. And the murder of the magazine’s editor and other staff members by extremists results from the gaping incongruity of those who call themselves followers of Muhammad yet act in ignorance of and utter contradiction to his teachings.

The misinformation about the Prophet, however, is rather surprising. The accounts of most prophets and religious figures are mixed with myths and legends while Muhammad’s life story was documented by his contemporaries in the full light of history. Almost every aspect of his life was recorded by those who lived with him and knew him well. The vast body of literature affirms that he was a man of exalted character, one who was just, kind, and compassionate to all people, even when he encountered hostility and rejection. For example, when the Makkan leaders unleashed their persecution against him and his companions, he could still be heard saying, “O Allah! Forgive my people, for they don’t know.” Later, when he went to Ta’if, a village about 50 miles southeast of his hometown, Makkah, to spread Islam, they set the street urchins upon him, who chased him and threw rocks at him until they drove him out of town. Even at that point, when he was utterly exhausted and bleeding from head to toe, he supplicated, “O my Lord, guide my people along the true path, as they are ignorant of the truth.” His revolutionary message changed not only his own society, but the very course of history, a fact that even his bitterest enemies have acknowledged. Today, over 1,400 years later, more than 1.5 billion people revere him and follow him as God’s last messenger.

The Prophet (pbuh) taught us how to live among people like flowers, not thorns

The veneration of Muhammad is not limited to his followers, however. Many great philosophers, thinkers, and reformers have praised him and said that it would be to humanity’s great benefit to follow his teachings. Today, no matter how much Islamophobes try to degrade him or characterize Islam as barbaric and destructive, the fact is that Prophet Muhammad never preached violence. On the contrary, his message was one of benevolence, understanding, and forgiveness.

The overzealous and clearly misguided Muslims who claim to be defending the honor of the Prophet by committing acts of mayhem and violence, need to know that a true defense of the Prophet will never be achieved through bullets and bombs. The only way to defend him is to honor his legacy by living a life of integrity, fairness, and mercy. We cannot become emotionally overblown and act irrationally every time an Islamophobe insults Islam or our Prophet. He (peace be upon him) is loved and respected by multitudes around the world, and no one can sully or lessen this devotion and love in our hearts. Reacting vehemently, unjustly, or even criminally when some express their hatred of Islam and the Prophet only serves to alienate non-Muslims. In fact, the Prophet taught us how to live among people like flowers, not thorns.

The Prophet’s own example was testified to by Anas ibn Malik who served him for ten years. He said that the Prophet never, ever rebuked him. “When I did something, he never questioned my manner of doing it; and when I did not do something, he never questioned my failure to do it. He was the most good-natured of all men.” Indeed, the Prophet was an extremely tender-hearted person. “Repel evil with good” was his dictum. He was a loving father, a devoted and kind husband, and a caring neighbor. He had a dignified and noble demeanor, but he took no special privileges and comported himself like a common man. He treated everyone, friend and stranger, the powerful and the weak, with equal respect and generosity. His manner of living naturally endeared him to those who came in contact with him, and gained him respect, love, and admiration.

The world has witnessed many prophets including the towering figures of Abraham, Moses, and Jesus. Muhammad paid high tribute to all of them and made it incumbent upon his followers to do the same. Countless individuals have contributed to human civilization, but none of them matched the achievements and impact of Muhammad. His greatness is truly unique. A mercy to mankind, he is the most remarkable man to have walked the earth in quest of universal truth and social justice. Rather than being mocked and maligned, he should be recognized as a paragon of moral excellence and spiritual merit, nothing short of the pride of all humankind! Muhammad, the man, is the greatest testimony to the truth he preached. Let us know him, explore and embrace his teachings, and make this world a better place to live, for ourselves and the generations to come.

Muhammad (peace be upon him) the Truthful, the Trustworthy →

The Prophet’s Wisdom and the Grand Gift of Science →